Fire is hitting the headlines for many reasons at the moment, not least because of the apocolyptic wildfires turning California into scenes from Blade Runner 2049, the Pantanal into a charred landscape and the Siberian sub-arctic into an inferno. We have also just passed ‘the glorious 12th’ marking the start of the grouse shooting season, with that activity exempt from the Government’s latest (at least for today) current ‘rule of six’ that limits assemblies of more than six individuals at a time. Grouse shooting and fires are linked because it is claimed that grouse-moor management requires the ‘moor’ (more accurately mostly blanket bog peatland) to be burnt regularly to encourage growth of fresh heather and minimise the fuel load created by old and dead plant material. Indeed it has been suggested that lack of burning on blanket bog might give rise to the apocalyptic scenes currently dominating the news headlines, and therefore it is vital that we do burn such areas regularly as a social and environmental good.

It is therefore instructive to look at evidence from one of the longest-running studies in the world of fire, grazing and blanket bog dynamics – namely the Hard Hill Experimental Plots in Moor House National Nature Reserve, near the highest point of the Pennines in northern England. These plots were established in 1954 largely in order to reassure sheep farmers that the policy within the reserve of no longer burning would not affect sheep production. In latter years the use of evidence from the the plots has shifted. They are now increasingly being used to argue for regular managed burning of blanket bog as an essential part of grouse-moor management. With funding from Natural England and our respective universities (University of East London and Nottingham Trent University) we were able to undertake detailed survey of all four blocks. What we found surprised us, particularly as it then cast doubt on all the previous publications based on these experimental plots. Our report can be seen here.

Of particular relevance to this present blog is that although the species composition of individual treatment plots may not have differed greatly in terms of composite statistical analysis, there were clear differences in the presence or absence of particular sensitive indicator species. These species may have only occurred as one, or a few, individuals but their simple presence – or absence – spoke volumes about the ecological condition of the ground. Even more significantly, however, the surface micro-relief (‘microtopography’) of the various treatment plots differed markedly. Areas that have been regularly burnt displayed little micro-relief other than low tussocks set within expanses of bare peat, whereas areas that had not been burnt for 65 years or more displayed a micro-relief that was beginning to approach that typical of a natural bog surface.

This difference in micro-relief is a key part of the story about the effect of burning on peat bogs but is rarely if ever reported and is thus overlooked in all the debate surrounding burning management. I therefore decided to create a 3D animation using the 3D modelling software Blender to highlight the key factors that relate micro-relief and regular burning of peat bog ecosystems. It can now be viewed on the IUCN UK Peatland Programme YouTube Channel. No narration, but I suggest a volume setting of 10%-15% in order to be immersed in the soundscape.

Last Wednesday I had the pleasure of listening to Dicky Clymo give a lecture at QMW University of London entitled “The life and afterlife of bog-moss: why does it matter?”:

It was described as a Valedictory Lecture, although I suspect that Dicky is still a long way from hanging up his famous yellow oilskin waterproofs:


Dicky’s lecture was, as always, a master-class in how to turn the complicated into something simple and clear: 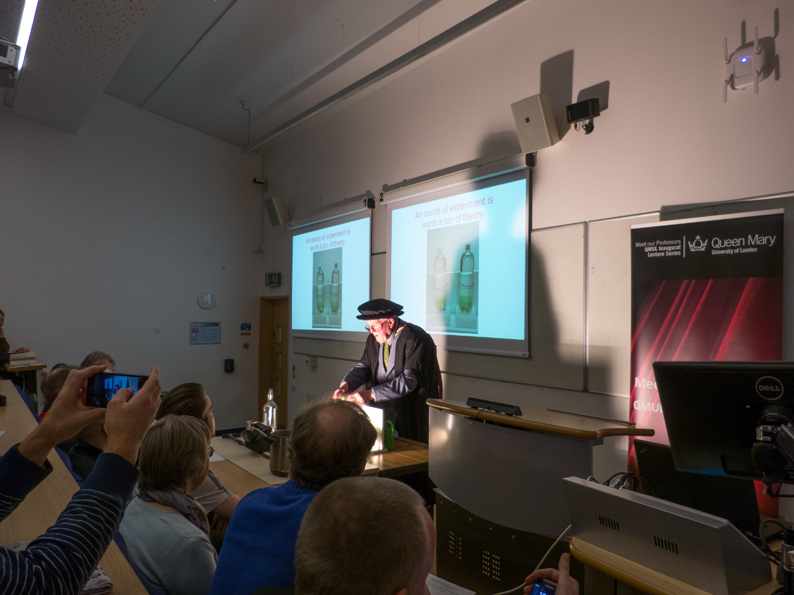 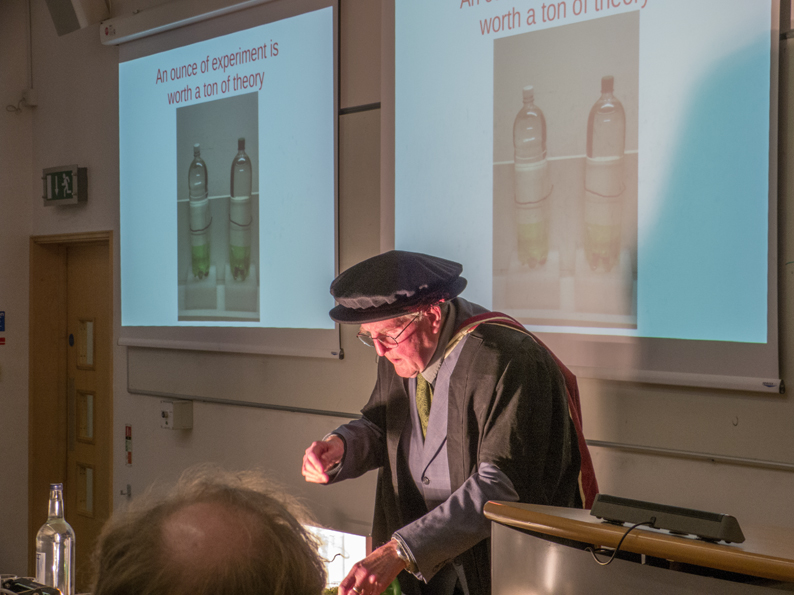 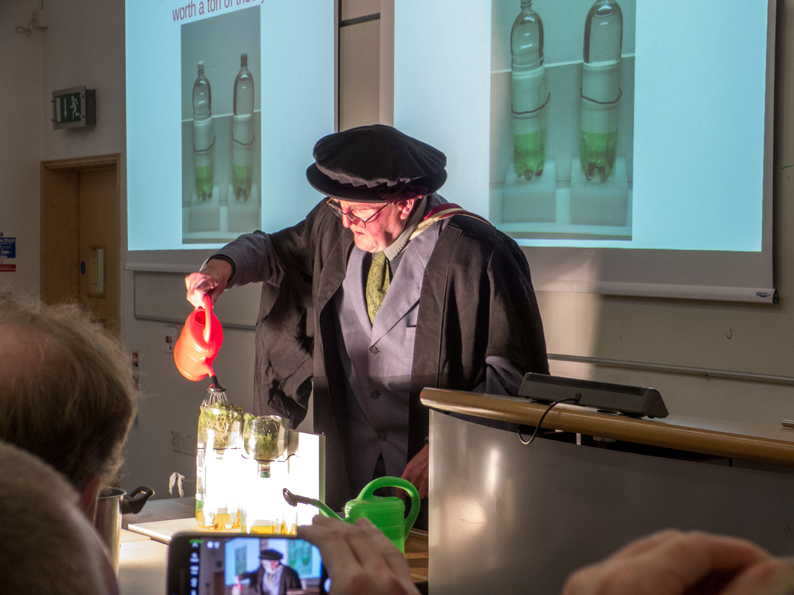 …to demonstrate the way in which Sphagnum bog moss is able to acidify rainwater. 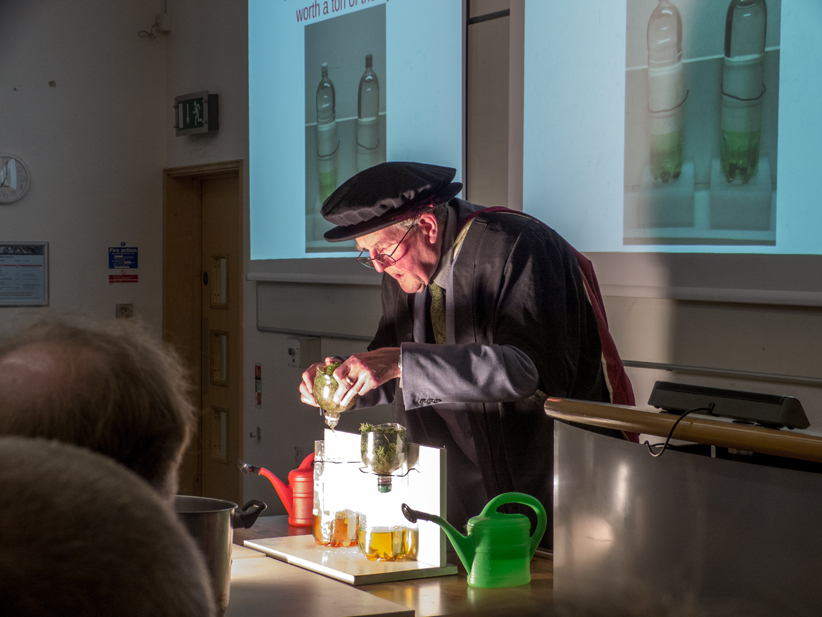 But he was also able to make it clear that things which seem simple, such as his delightful animation of bog growth, can hide deeply complex processes.

Dicky Clymo at his best…