A day of occasional light showers ended in a blaze of glory over Colne Meadows, with the setting sun being swallowed up by a whole bank of cumulonimbus capillatus anvils which dominated the western sky. I was driving back from B&Q at the time so could do little about this glorious display, but on arriving home I leaped onto my bike and went haring down the hill in the gathering gloom to the Colne Meadows bridge, tripod and new camera strapped to various parts of the bike but convinced I’d missed the whole spectacle.

Arriving breathless but relieved, it was clear that the display had not entirely ended, plus the mist had risen quite suddenly over the meadows to create a rather soft-focus ambience (just how soft focus I was to discover later). Setting up the camera on the tripod I prepared to start capturing a series of stunning images – only to realise that I couldn’t recall how to switch off focus tracking nor manual aperture settings, and in the gathering gloom I couldn’t even see the letters on the various control buttons. The perils of a new camera… After fumbling round frantically for a time – all the while aware that the scene before me was fading – I managed to establish control of the camera and proceeded to rattle off some pictures: 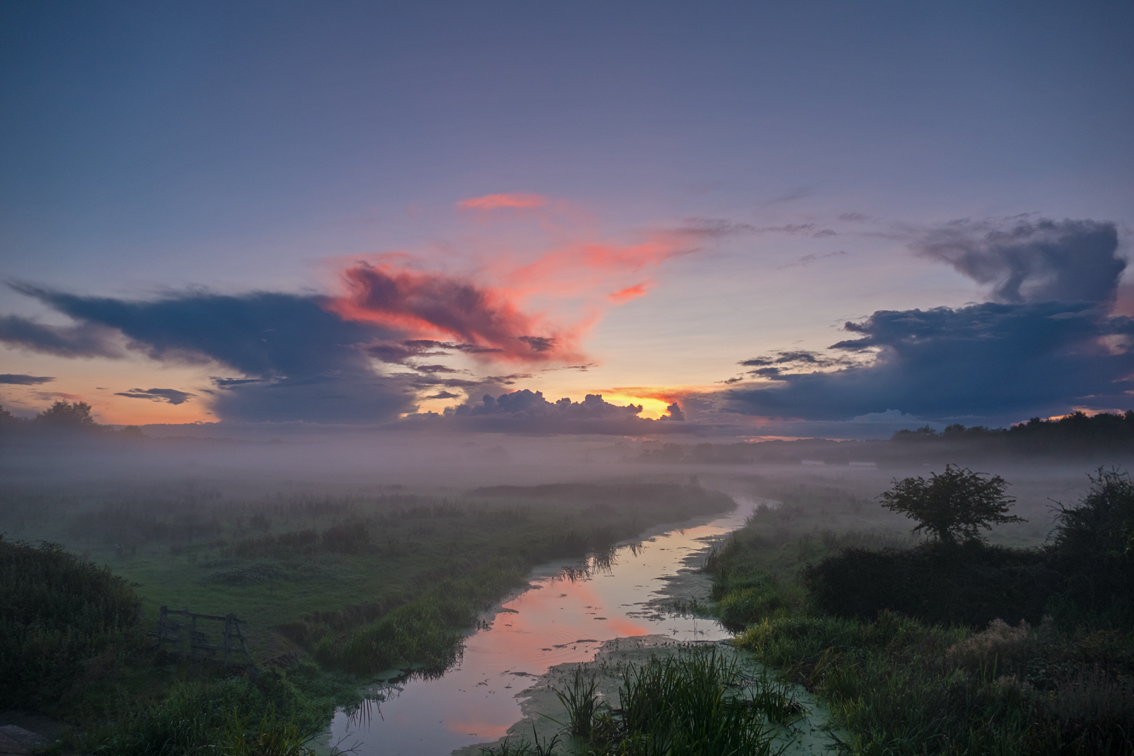 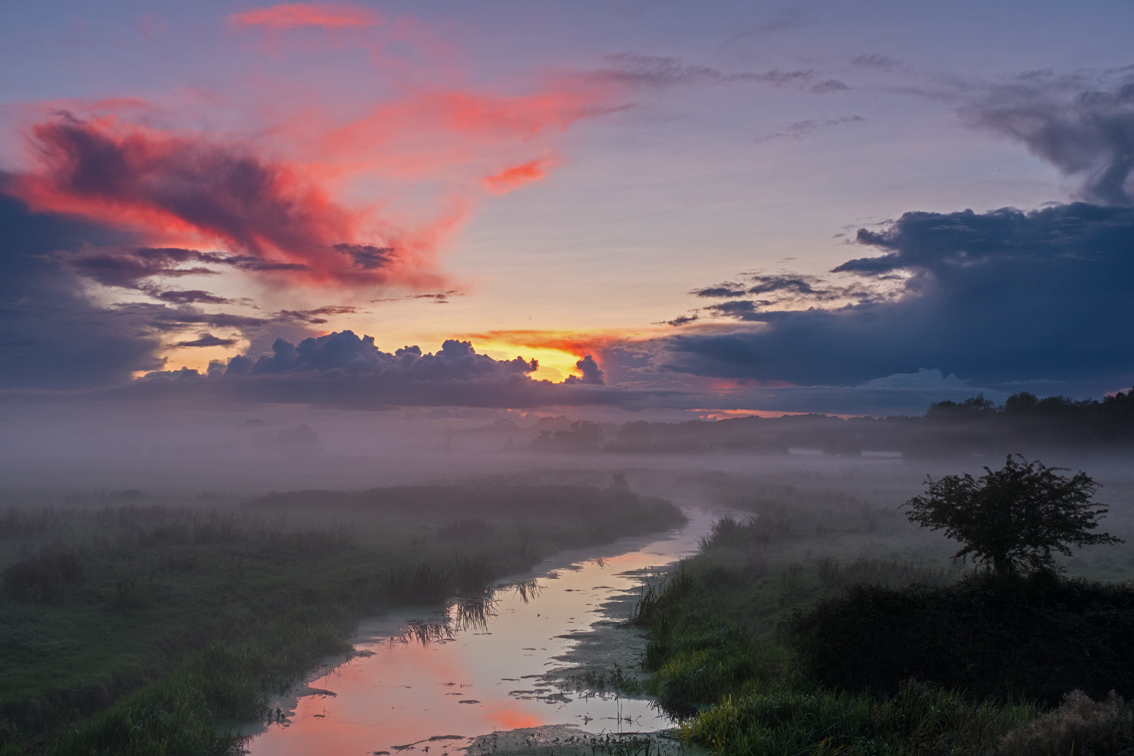 I was doing this from the cycle path which runs alongside the main road leading to Colchester (North) Station, and while I was taking my photographs I was joined by a succession of cyclists and walkers who stopped, took out their smartphones, and proceeded to record the view. Each in turn commented on how amazed they were by the scene unfolding across the meadow, and one commented that it was: “..like looking into the Gates of Hell”. One individual even skidded his car to a halt on the central reservation having just turned off the roundabout, then ran across the road to photograph the scene on the inevitable smartphone before asking: “That is fog, isn’t it? It’s just that the missus wouldn’t believe me.” 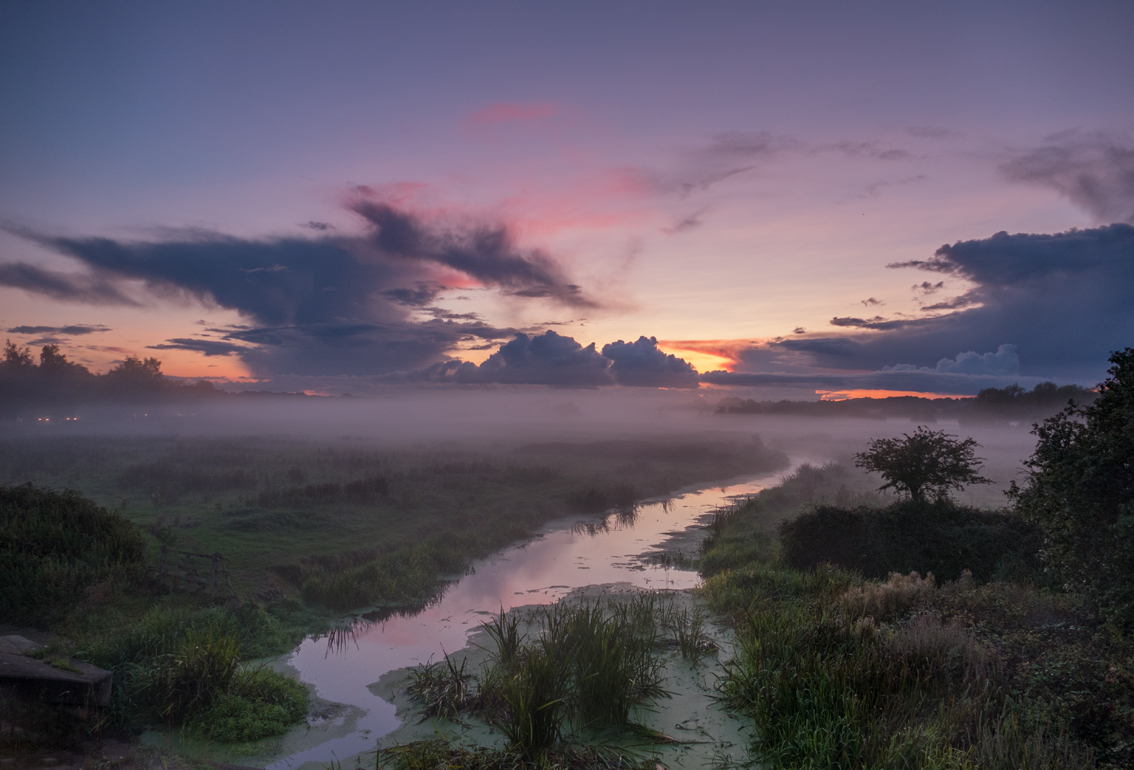 Clambering down over a stile and into the meadow itself, I blessed the fact that the new camera offered manual focusing using a focusing ring on the lens barrel because the automatic focusing just couldn’t cope with the combination of gloom and rising mist: 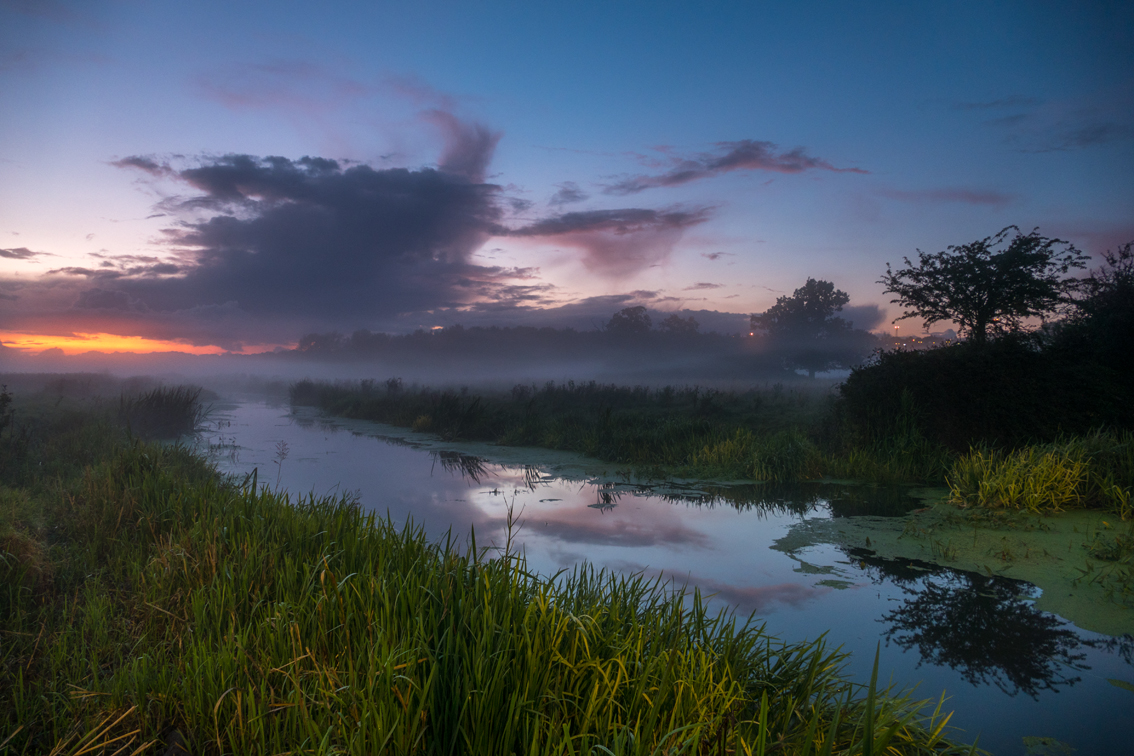 The various numulonimbus capillatus anvils had separated by now, with several heading north but one for some reason heading south: 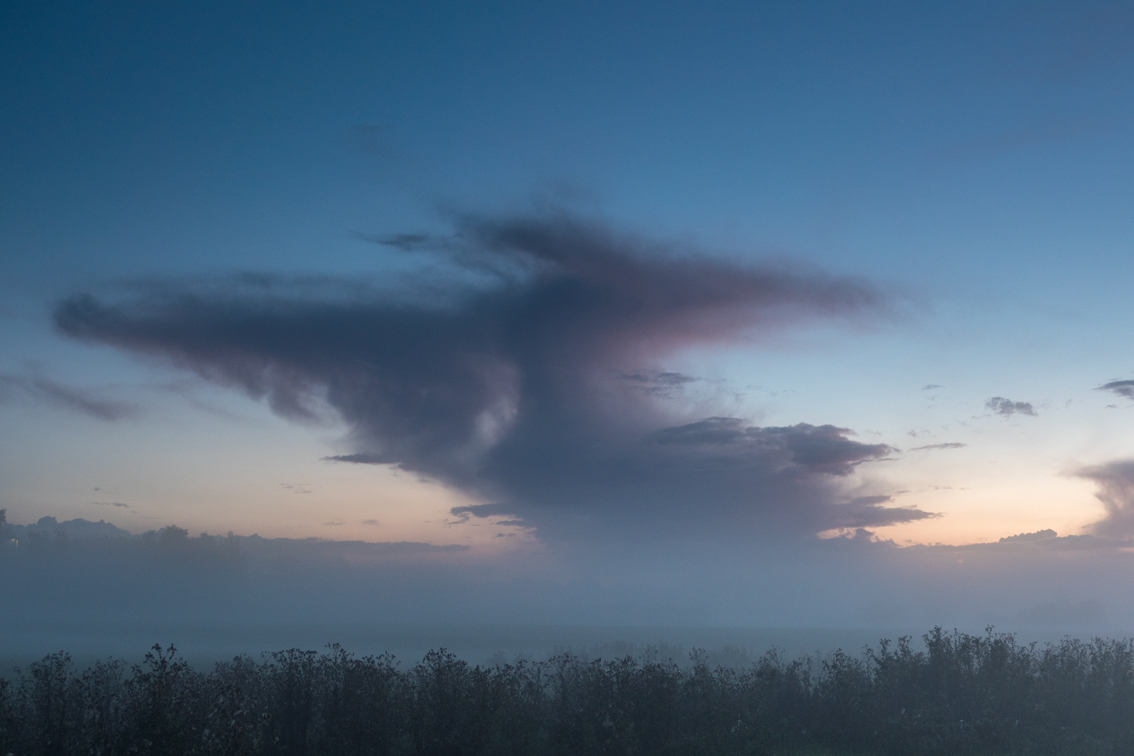 The last anvil sort of collapsed and lost much of its anvil shape: 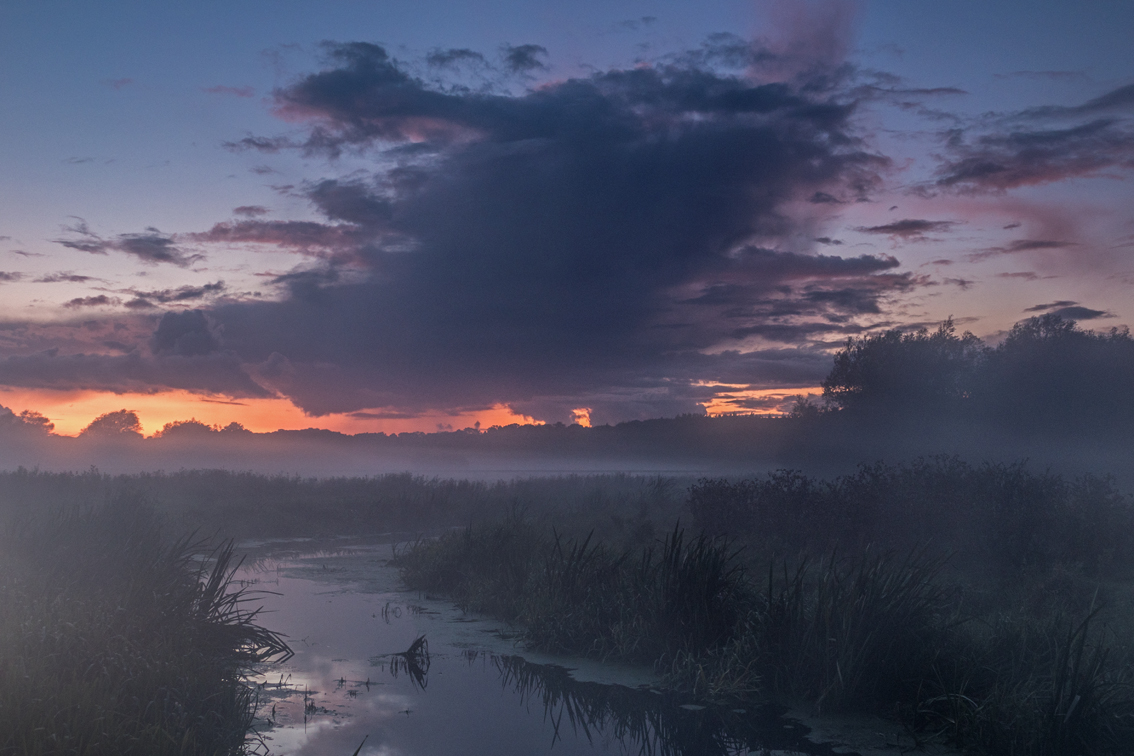 The one drifting south was meanwhile joined by a smaller more distant anvil as the mist rose higher and became steadily thicker: 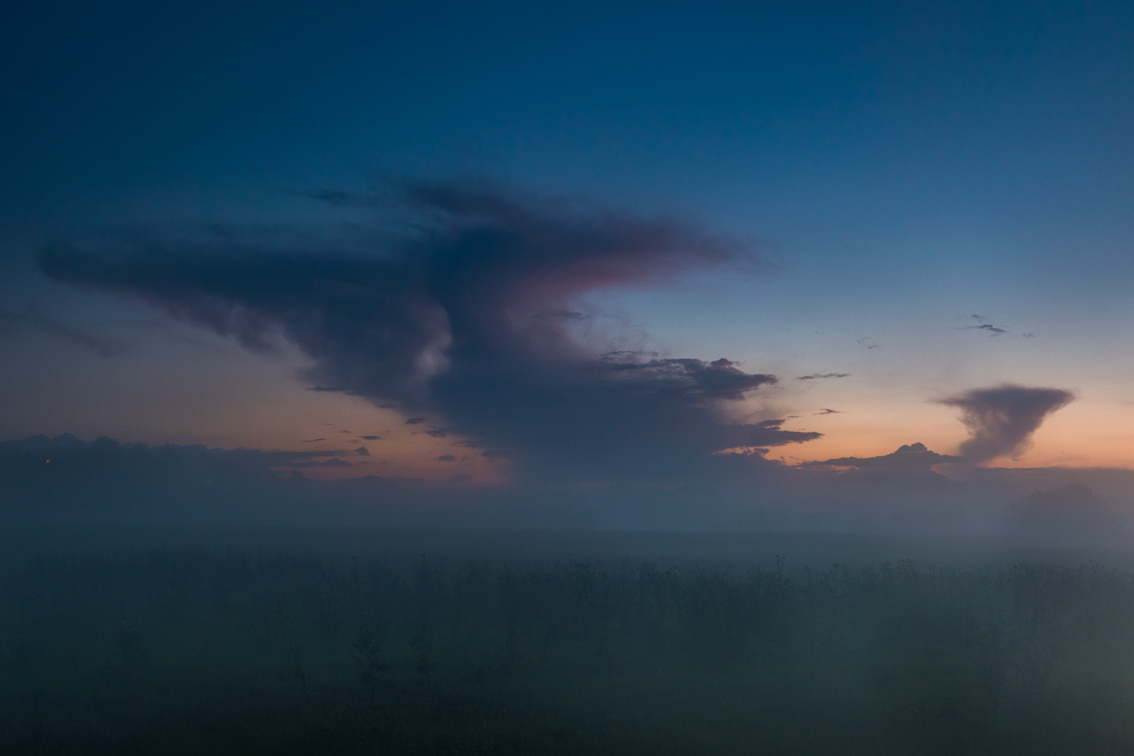 Turning back to the large cloud to the north, I was struck by how much thicker the mist had become in that direction and thus how indistinct the image was becoming: 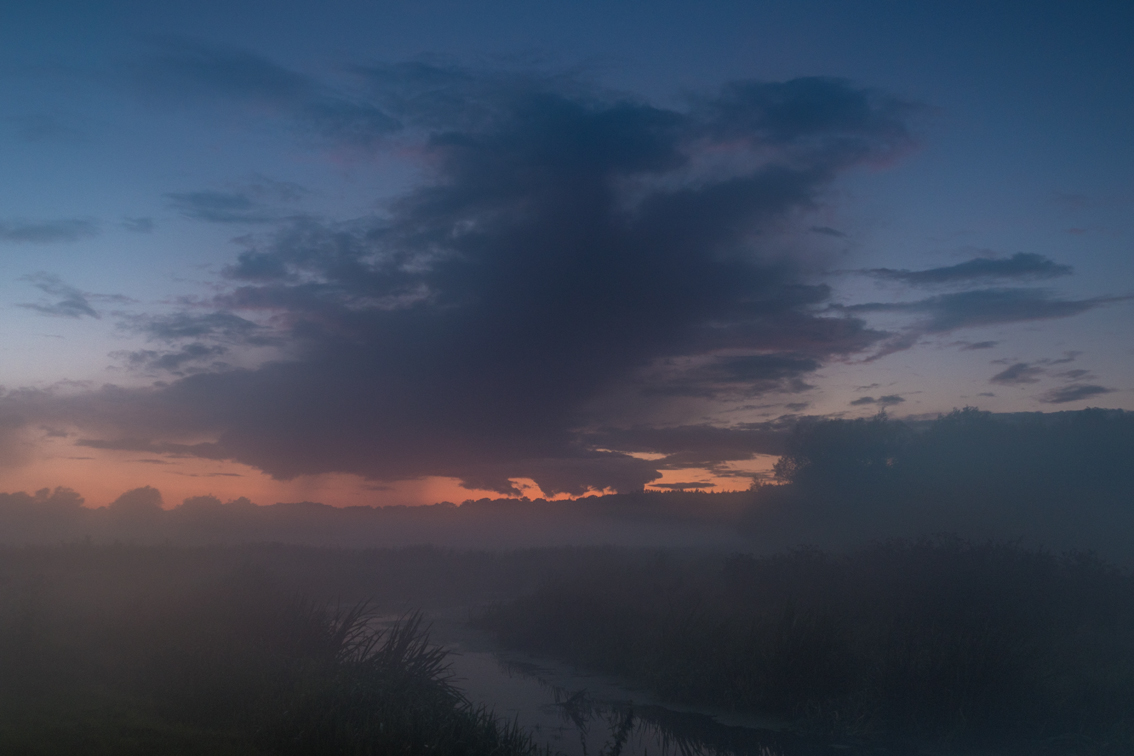 Then I had a look at the graduated filter on the front of the lens and realised that it was now coated with a thick film of mist droplets – the ultimate soft-focus trick of professional photographers..! Having wiped the filter dry, the scene leaped into much sharper focus… 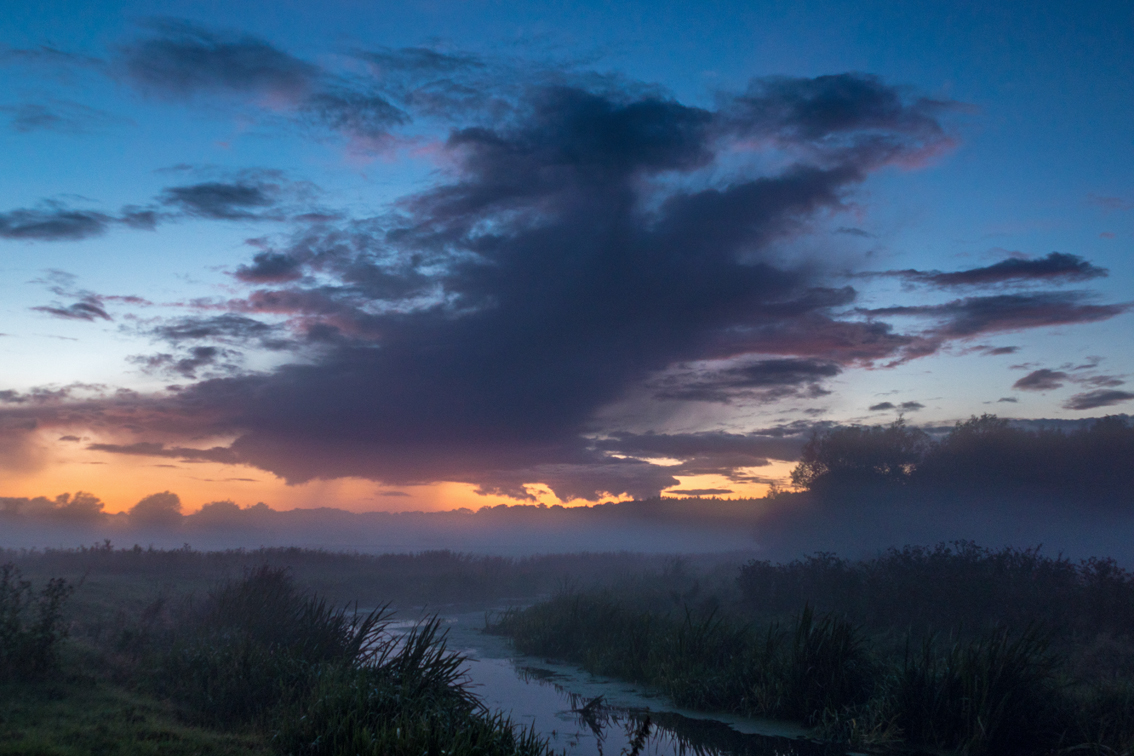 To the north, across the Colne and up the hill, the lights of Colchester Station and my favourite Platform 3 were forming large halos of light in the mist: 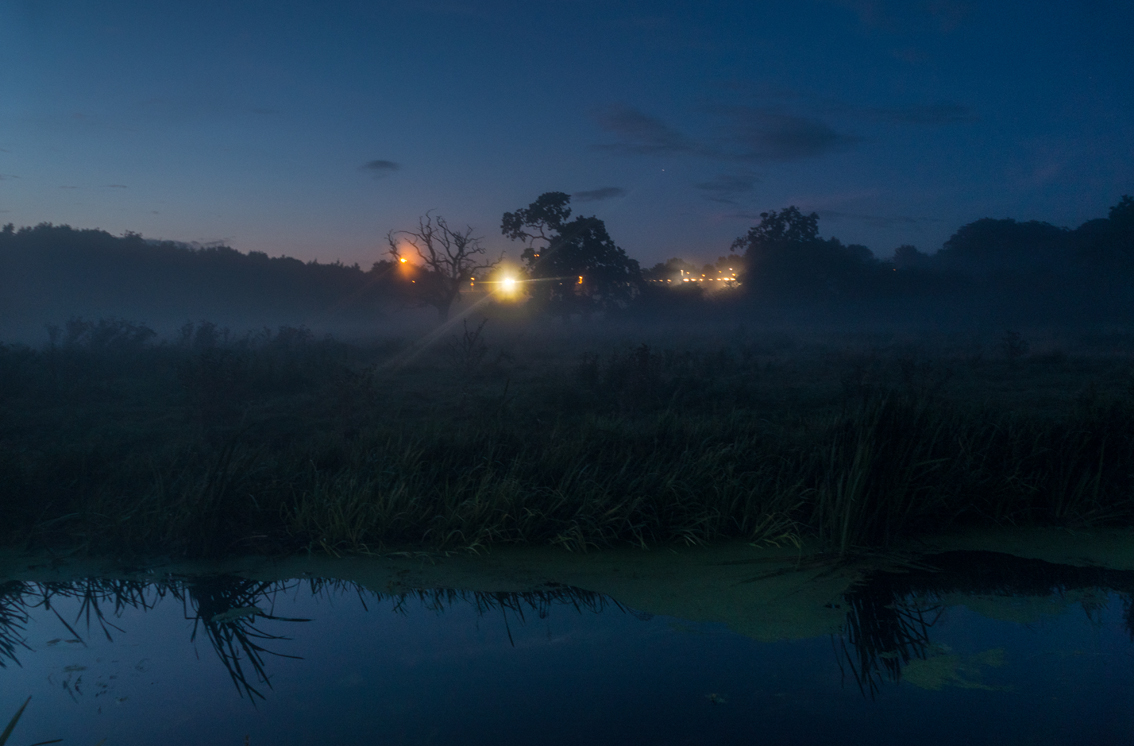 By now it was becoming so dark and so thick with mist that it really was proving very difficult to keep the camera filter clear enough to focus on anything even using manual focus, so I took a couple more of the large shapeless cloud and called it a night, leaving the meadows to the faint cry of a fox roaming somewhere in the gloom: 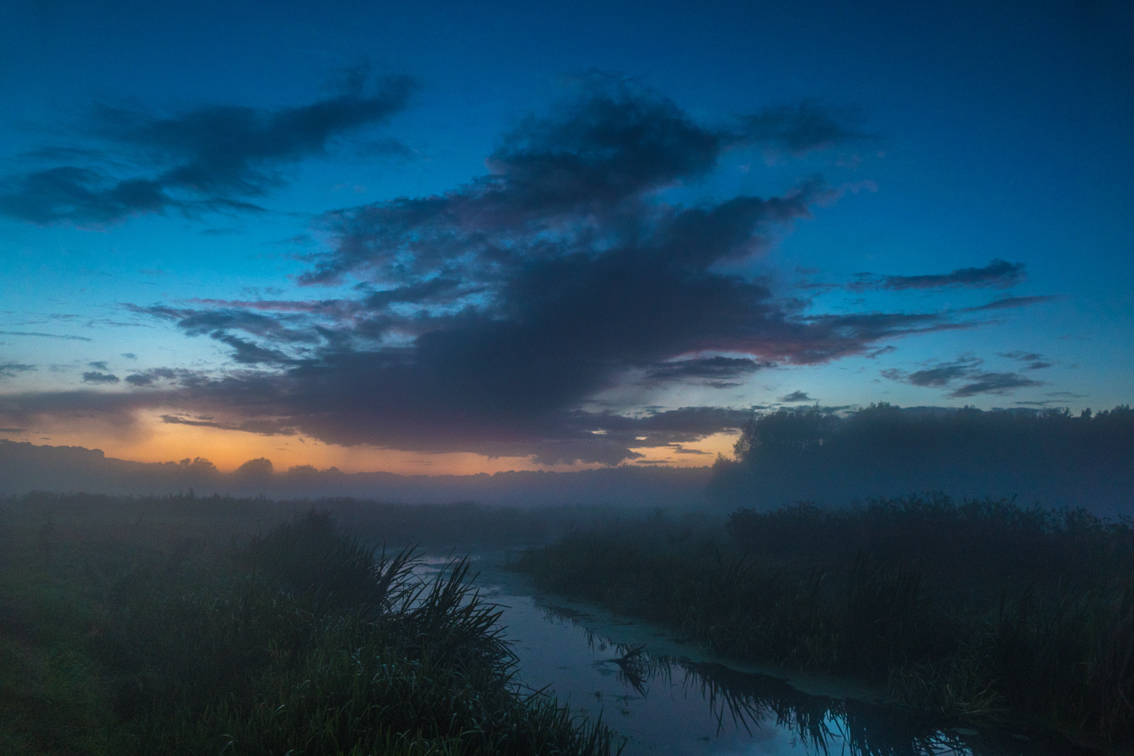 Hmmmm…. Thick mist, heavy dew fall – does this mean that tomorrow is going to be bright and sunny? I hope so, because I have a peat bog to construct using Angel Delight…. (more on this in due course, hopefully) 🙂

4 thoughts on “Colchester landscapes – “The Gates of Hell””