The weather has continued to be dominated by the cumulonimbus capillatus, and their associated torrential downpours, which characterised my previous post: Colchester landscapes – “the Gates of Hell”. Bright sunshine, albeit accompanied by a cold wind, is abruptly switched off and the heavens open. On Monday I was examining a PhD at UCL on Gower Street, London, and in the course of an afternoon’s examination the view from the window must have been blotted out by monsoon rains at least five times. The journey home to Colchester courtesy of Abellio Greater Anglia offered some fairly spectacular cloud formations – most threatening or actually offering torrential rain. This was some towering cumulus congestus to the north shortly after leaving Shenfield: 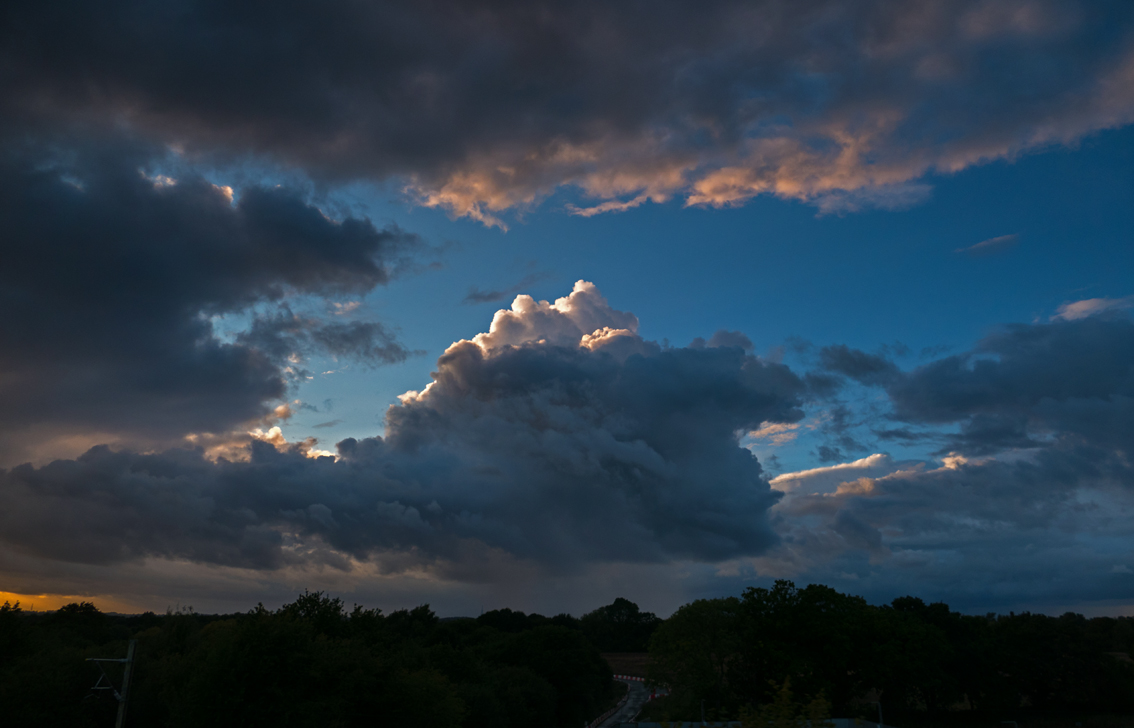 The view west towards Billericay produced some spectacularly confused but glorious evening skies: 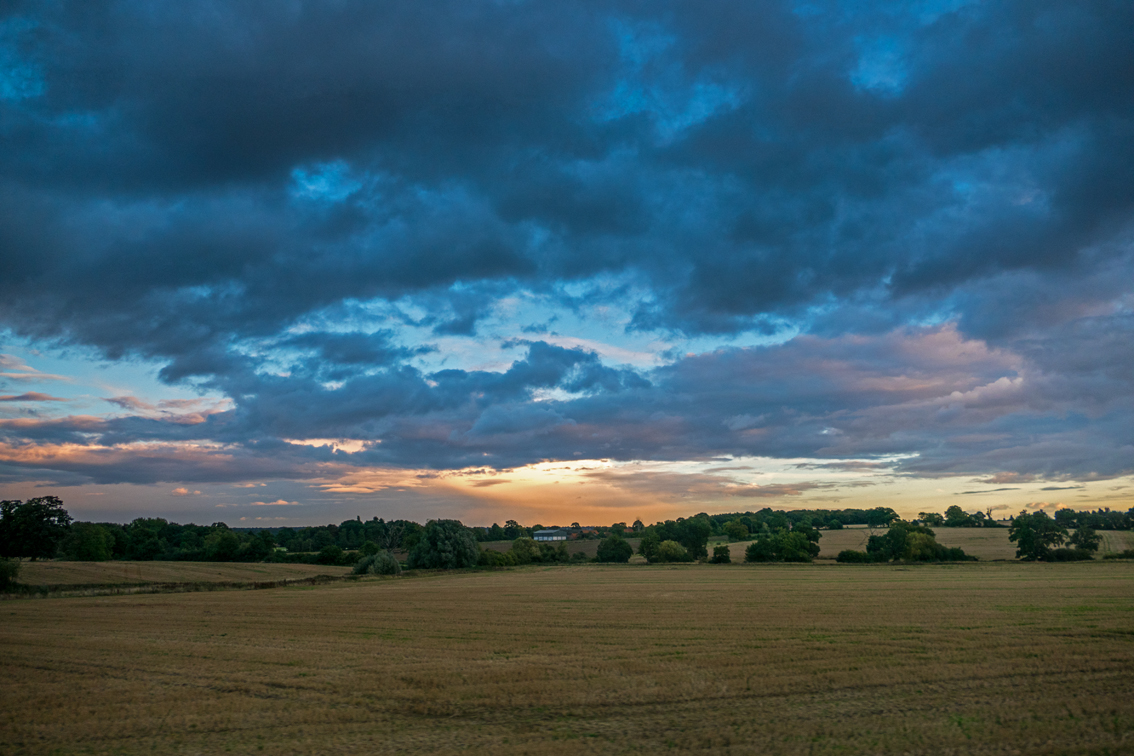 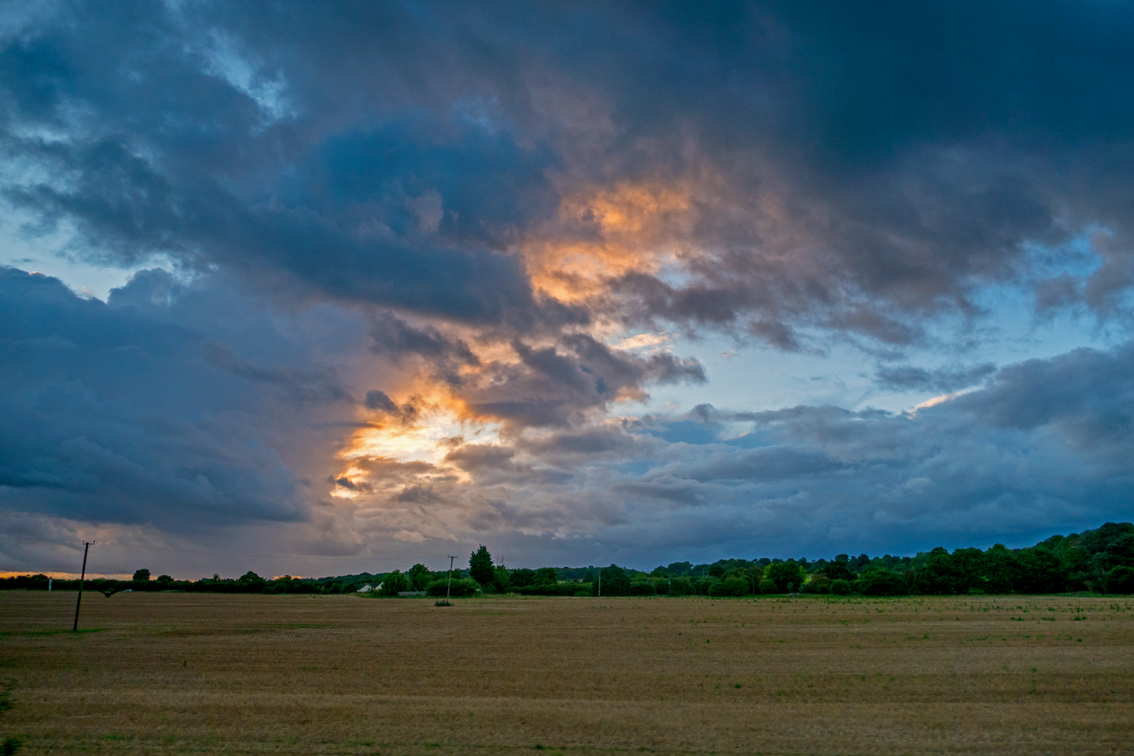 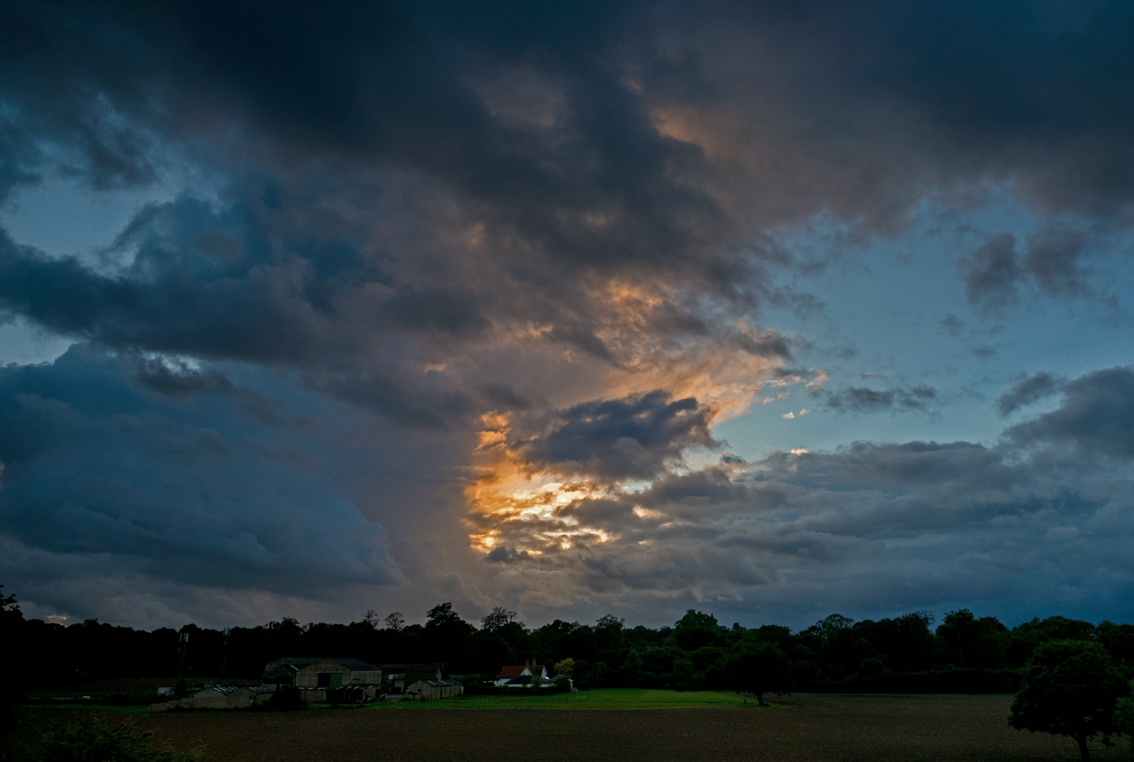 As we left Chelmsford heading east, the skies over New Hall School looked heavy with rain and were evidently already dumping vast quantities on the land beneath: 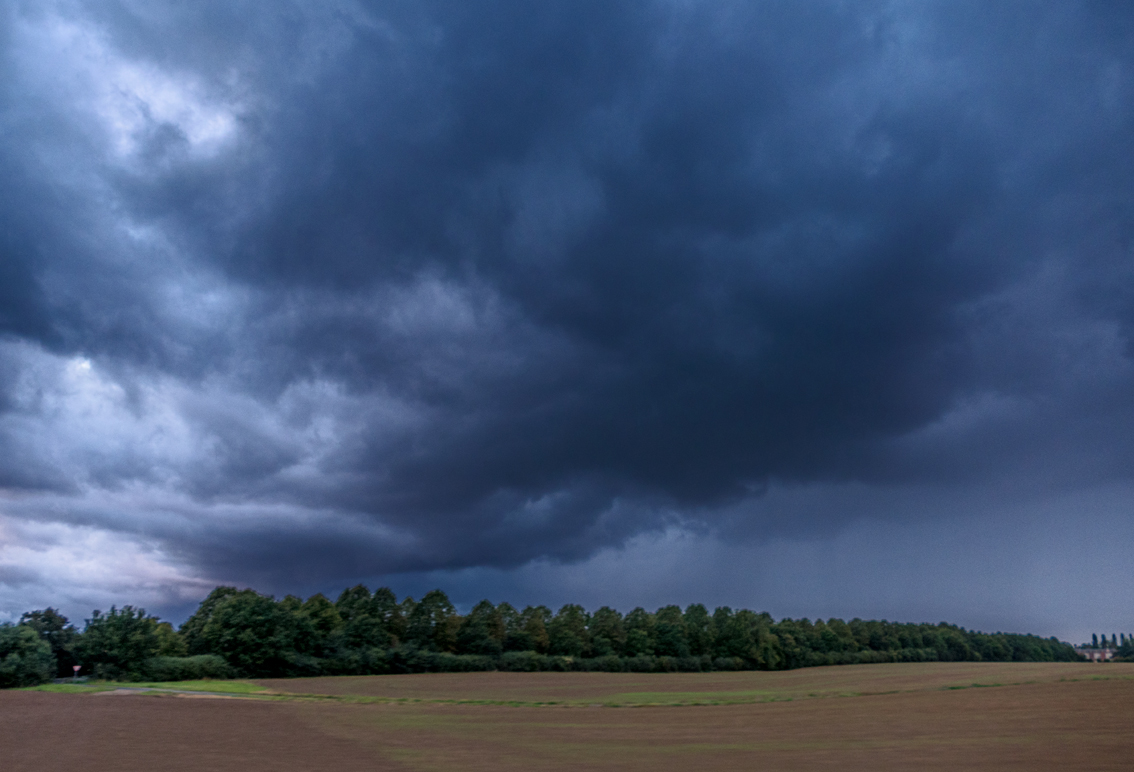 Heading into Kelvedon, the skies to the south were giving birth to more cumulonimbus capillatus anvils: 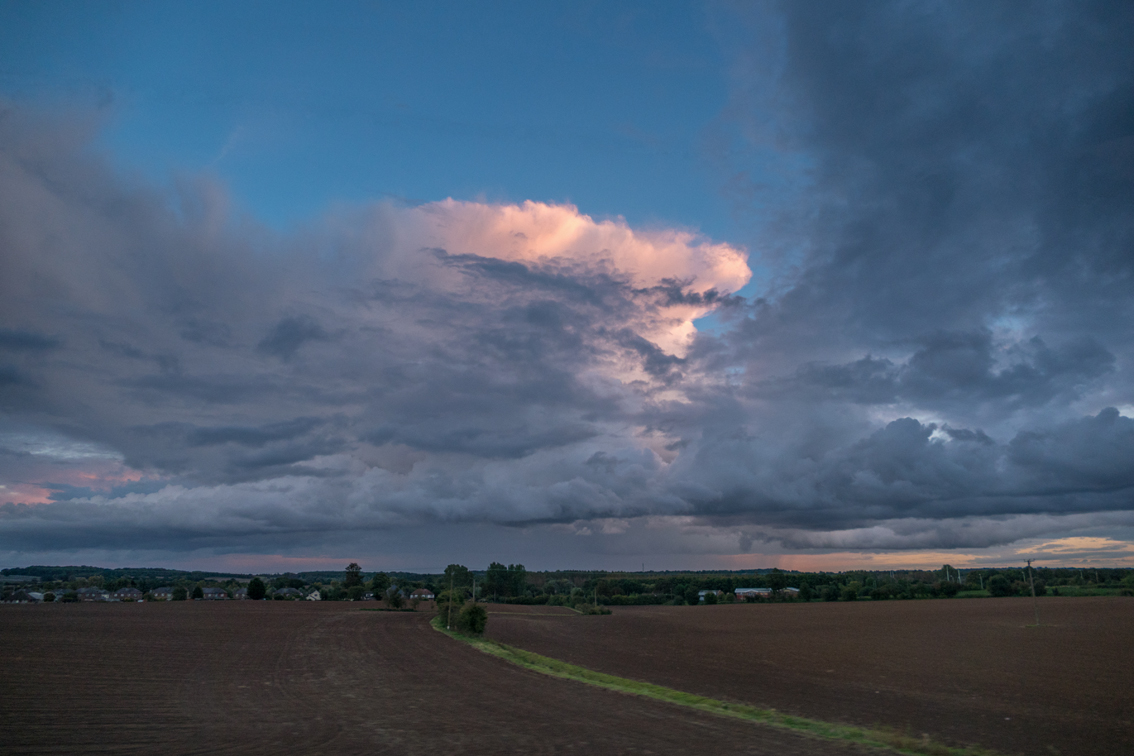 By the time we were approaching Marks Tey the anvil had grown to immense size: 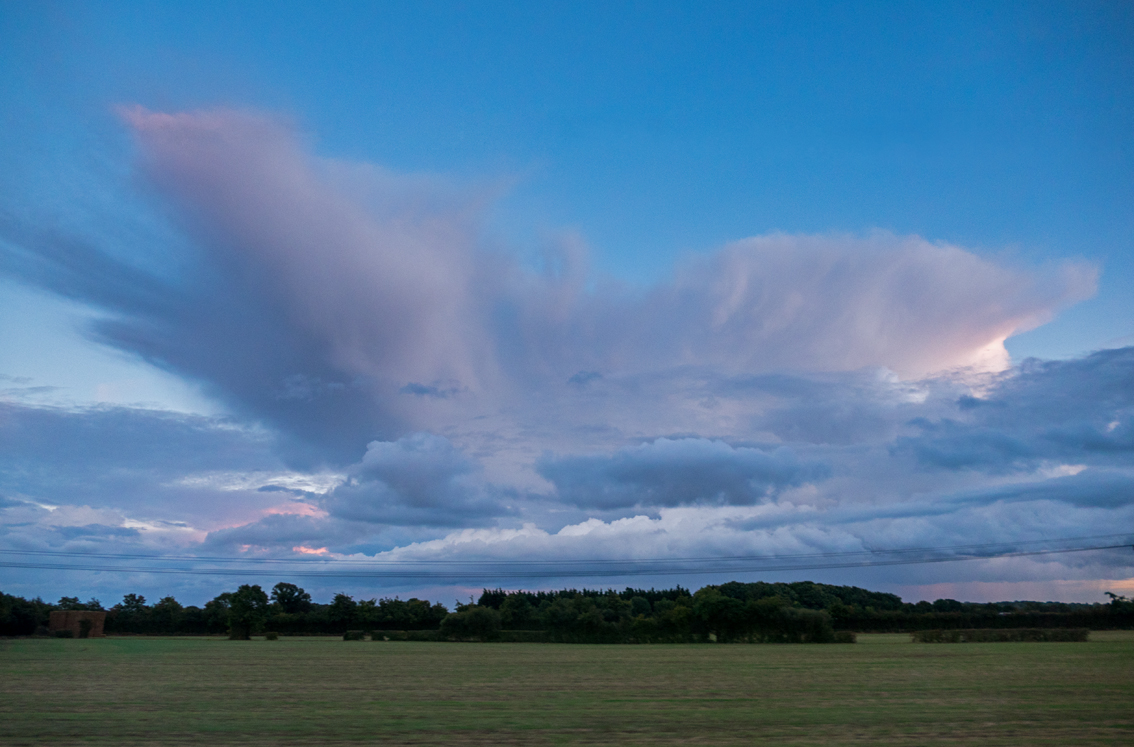 It was also moving steadily towards Colchester, which set me estimating rates of drift, distance between station and home, likelihood of having to swim up the hill homewards like a salmon… 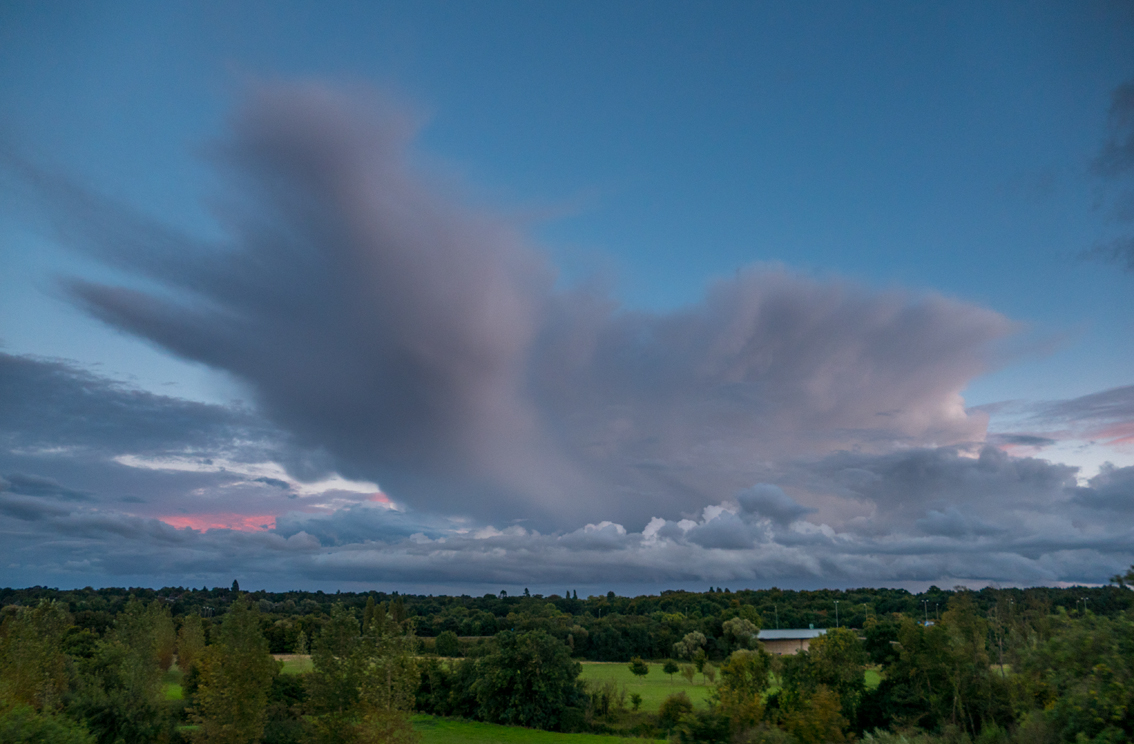 Today the weather looked more benign, with what appeared to be fair-weather cumulus populating the sky, albeit accompanied by a very strong wind – so strong that my train from Colchester was cancelled because a tree had fallen on the overhead lines further north towards Norwich: 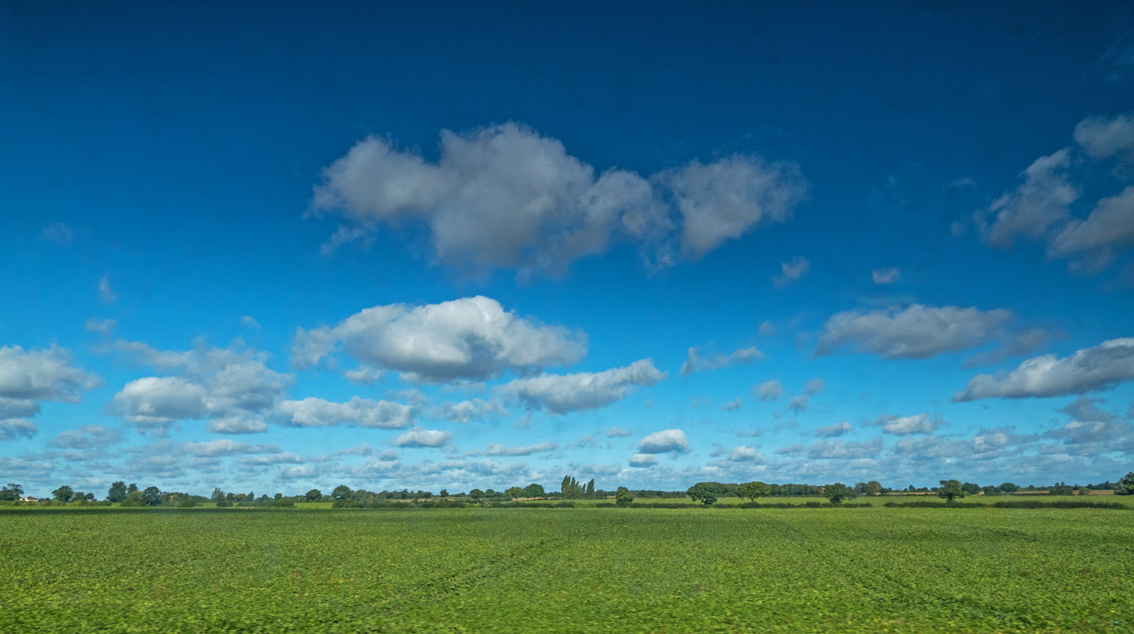 This view of such apparently settled and gentle weather just south of Witham was, however, hugely misleading. After arriving at our Docklands Campus I was welcomed with a mild drenching, then throughout the day it was as though someone was switching the shower full on, then abruptly switching it off again. My colleague, Stuart Connop, described how his wife had been waiting on a station platform the other day and when a torrential downpour occurred, she had seen someone shuffle sideways by about 3 metres and remain totally dry while the rest of the platform had turned into a river – such is the localised nature of a cumulonimbus capillatus rainstorm.
At the end of the day I walked out to the Royal Albert Dock, which forms the southern edge of our Docklands Campus, to see a double rainbow off to the east formed by a combination of the sun setting over Canary Wharf to the west and the light rain overhead which was just enough to need the umbrella while I pulled out my camera: 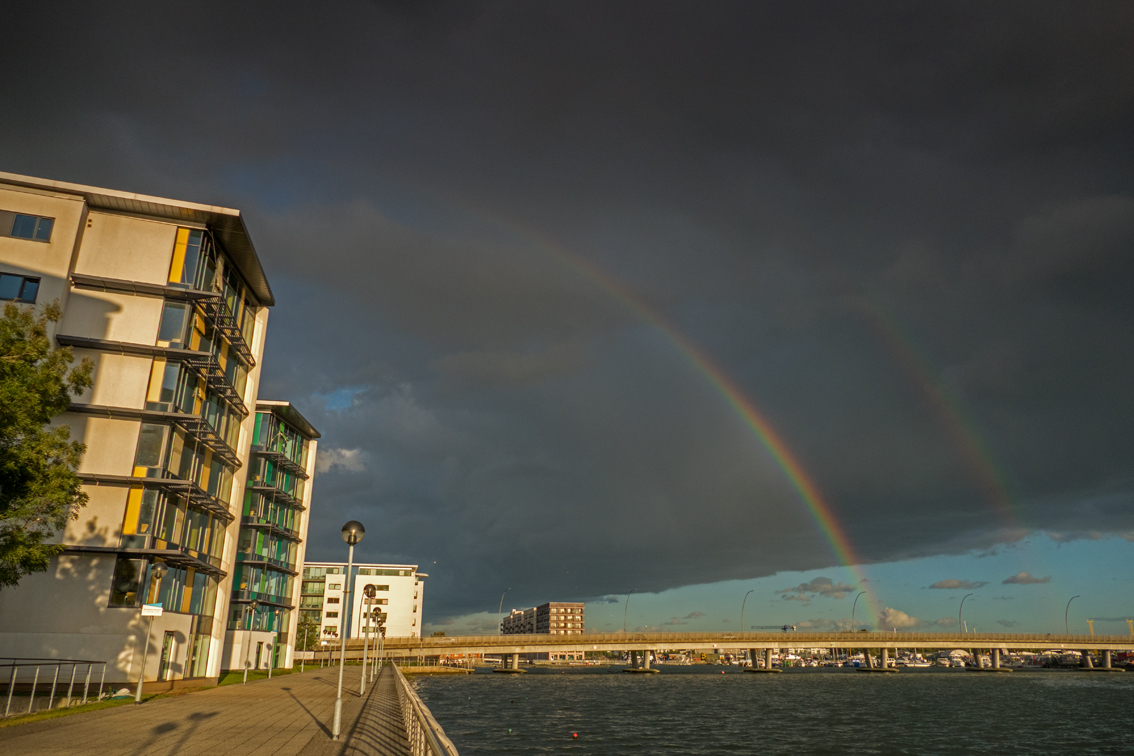 The planes landing at London City Airport were passing through the rainbow’s arch when coming into land: 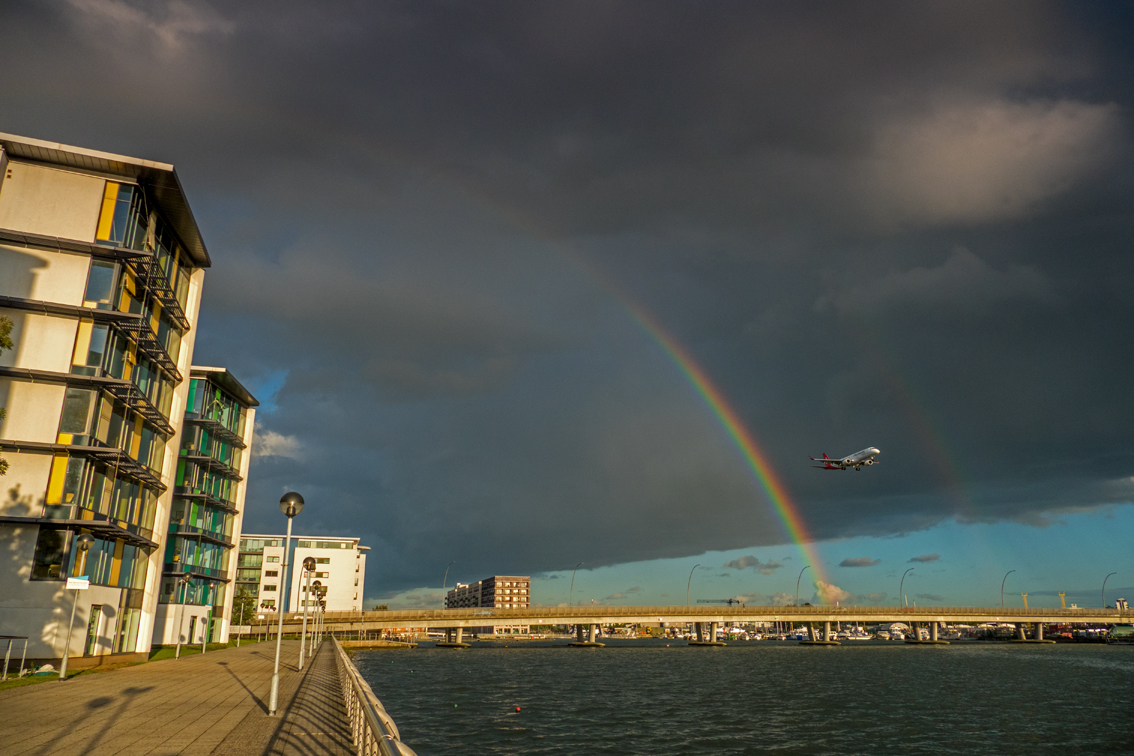 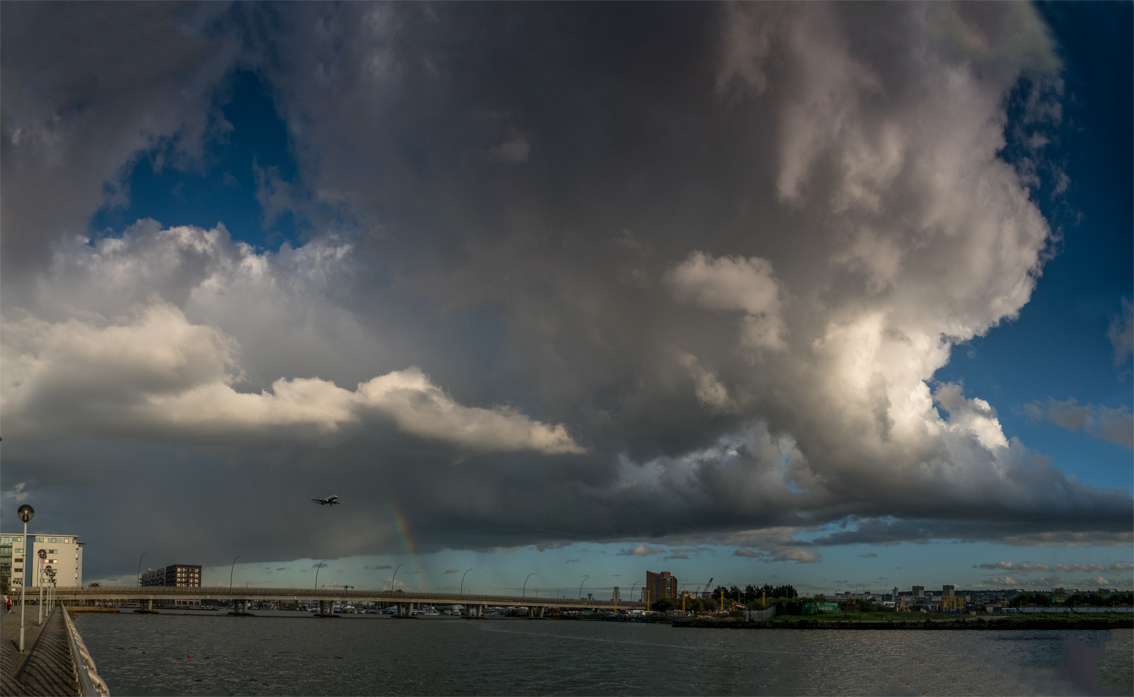 Looking into the heart of the clouds it was possible to see the roiling air currents, but also the remnants of the rainbow caught like a fly in the web of falling rain: 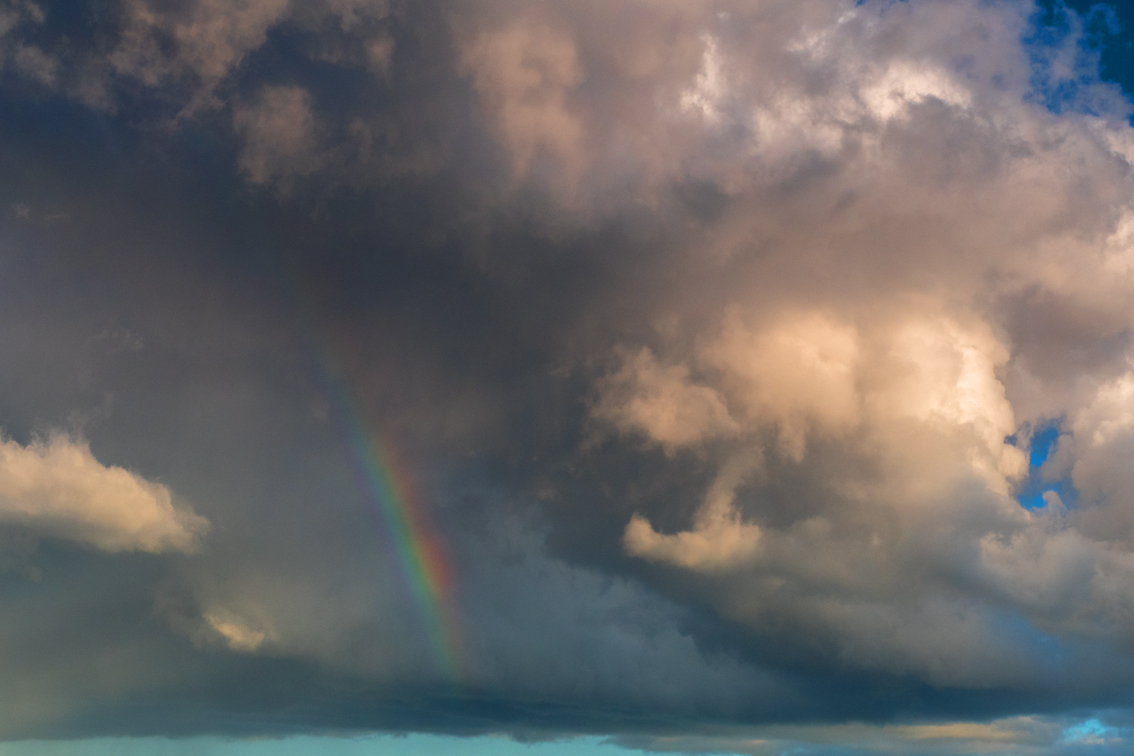 ….although there is something remarkably zen and calming about gazing into the heart of such a cloud: 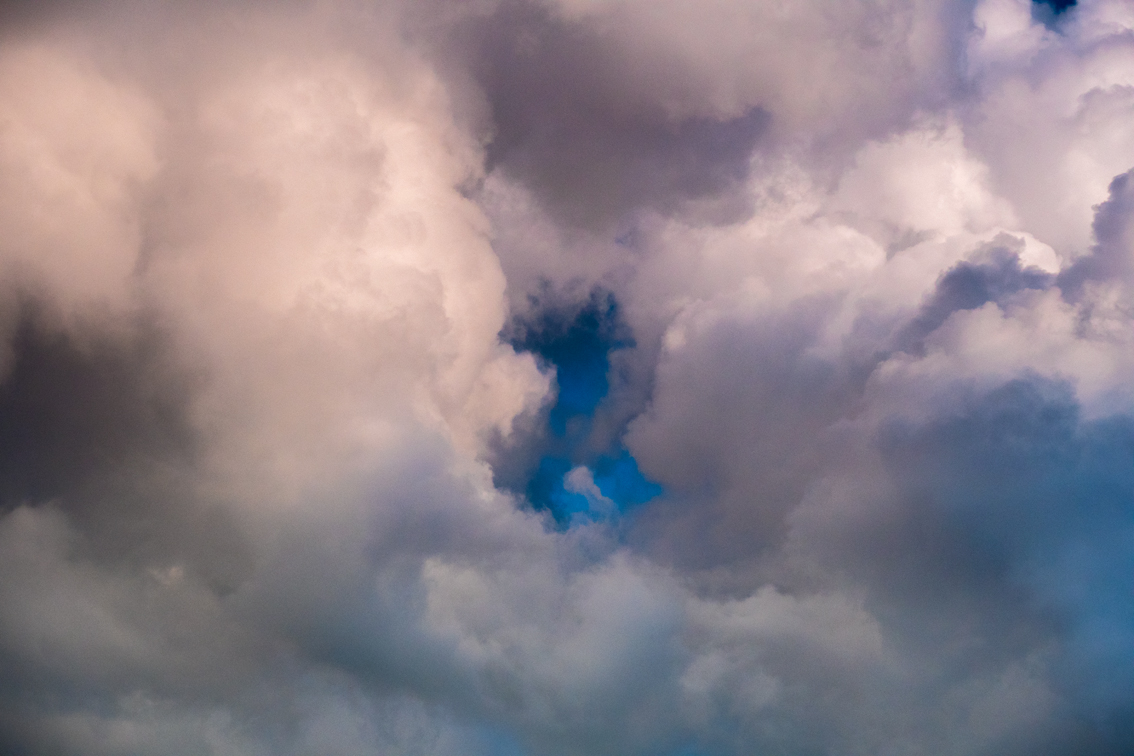