Late afternoon offered the promise of a spectacular sunset for Bonfire Night so I headed out into the fields – this time on my bike because the speed of the sunset has defeated me so often before. Disappointingly the golden glow simply never happened, the sun sliding sullenly down behind large banks of stratocumulus, but there was at least one moment of dramatic sky: 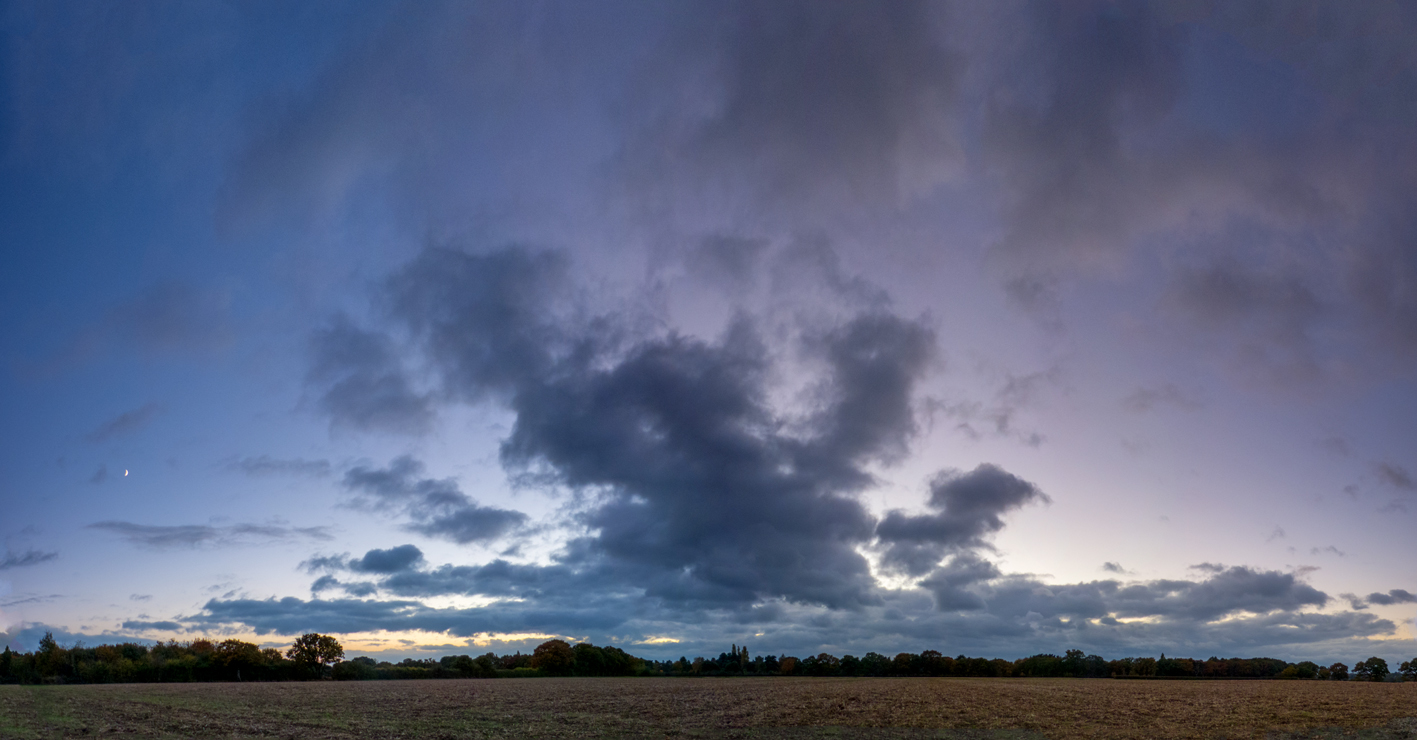 I hung around trying to convince myself that suddenly the sky would become a blaze of gold but all that happened was that my fingers began to freeze in the biting north wind until I couldn’t feel the buttons on the camera any more. Resigning myself to a lack of golden skies I started to pack the tripod into my saddle-bag but then realised that the sky to the east was looking rather subtly interesting. The sky largely hidden by the tall hedge beside me…

So, I leaped onto the bike and went haring off round to the far side of the field through the gloom. This mainly involved trying not to pitch myself head-first either into the deep ditch on one side of the very narrow track or the ploughed field on the other. I think I missed the best of the eastern sky, but it’s still quite atmospheric, particularly with that single light acting like a beacon mirroring the moon low in the sky: