I’m just back from the utterly brilliant BogFest (yes, BogFest is a thing), of which undoubtedly more shortly – probably exploring my blancmange peat bog amongst other things. Just for now, however, I’ll explore the journey home from the Peak District and the evening twilight of home.

The morning of Saturday 23rd September started rather overcast and grey – which was probably a good thing for those taking part in the BogFest Fell Race that morning – but by the time I took my leave after talking about a citizen science peatland monitoring programme and stood waiting on the station platform at Edale, there were occasional patches of sunlight rippling across the fell sides: 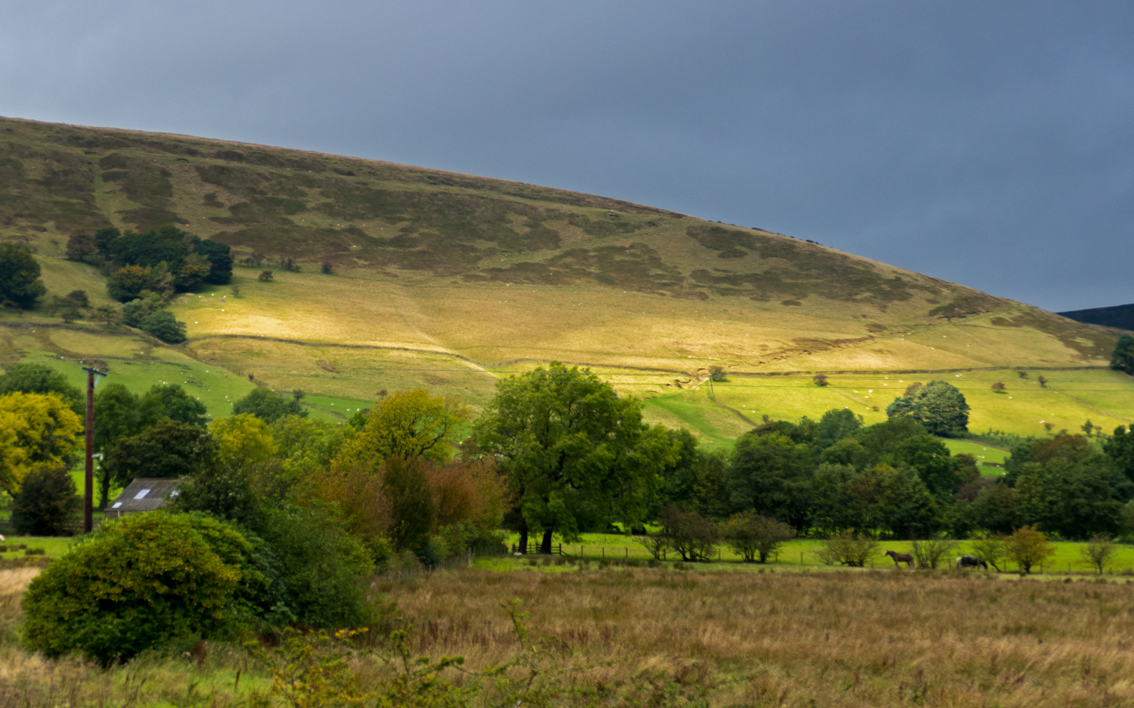 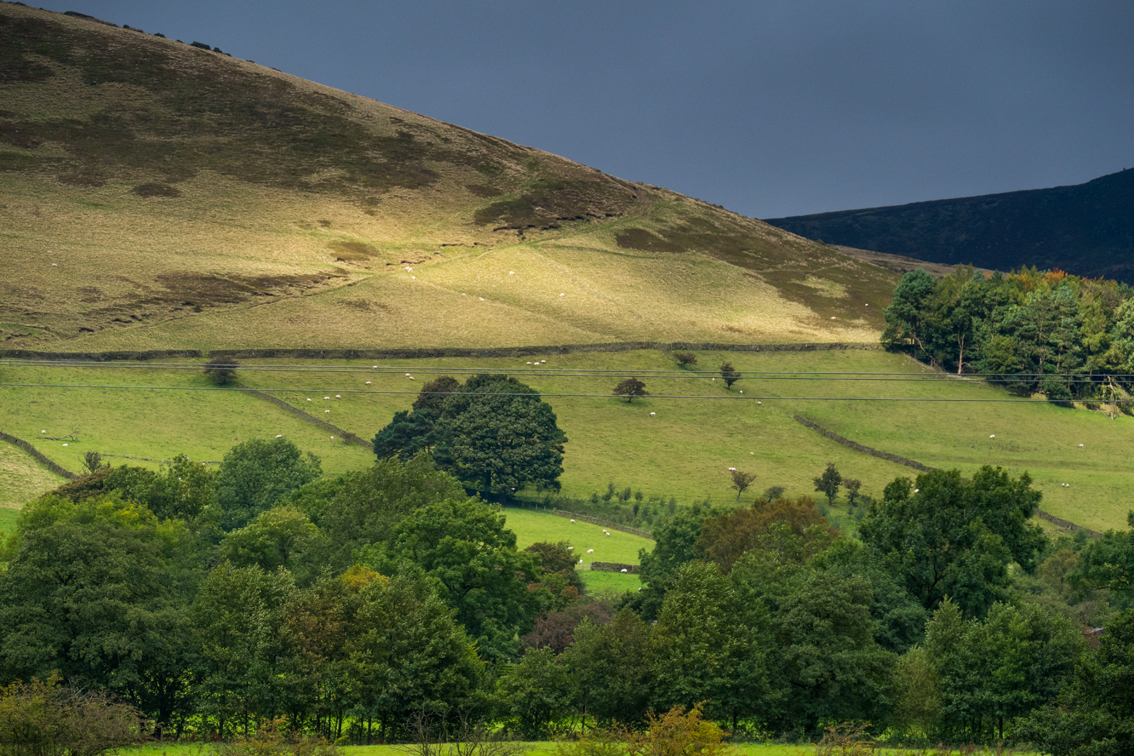 As the train headed towards Sheffield these patches looked more and more enticing so I decided to hop off at Hathersage and re-visit the scenery around St Michael and All Angels’ Church, which formed the backdrop for a 1st October 2015 Facebook blog of bucolic photographs.
In the end the promised dappled sunlight faded shyly away behind yet more grey stratocumulus, but as I was photographing the cows and the far valley side I became aware that there was a Saturday afternoon cricket match going on down in the meadow at the bottom of the valley, rain not yet having stopped play: 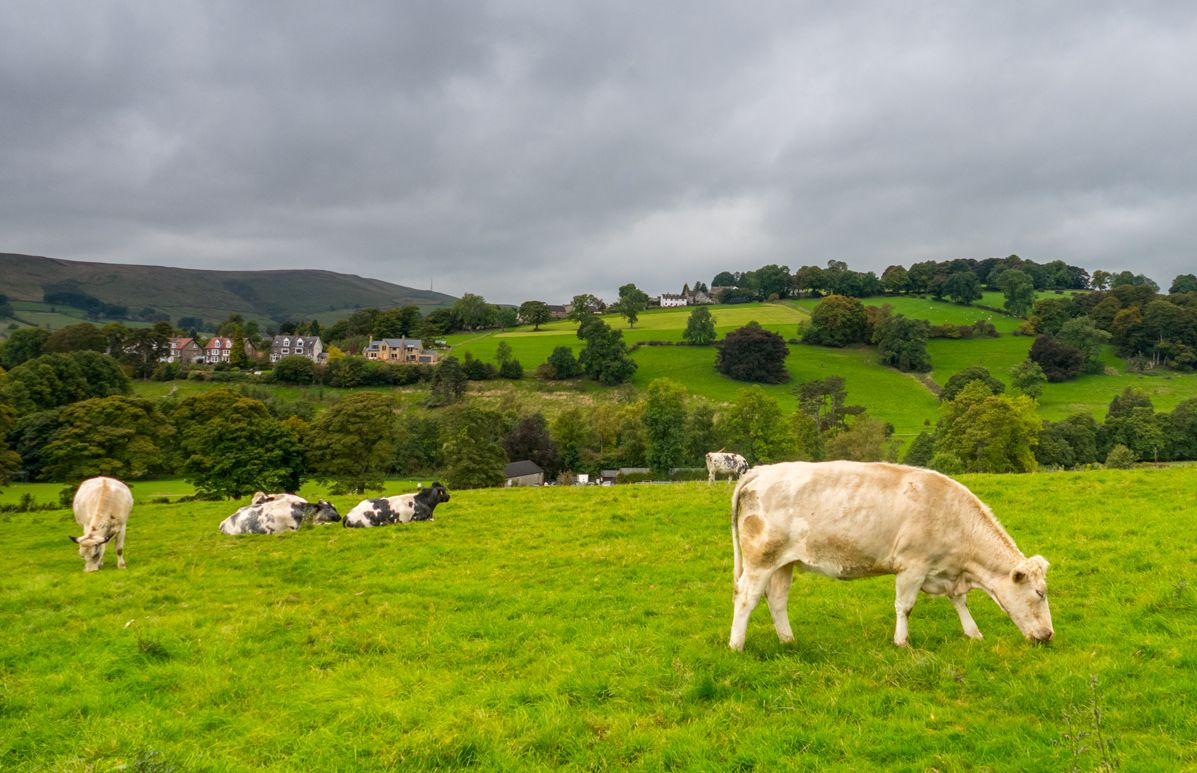 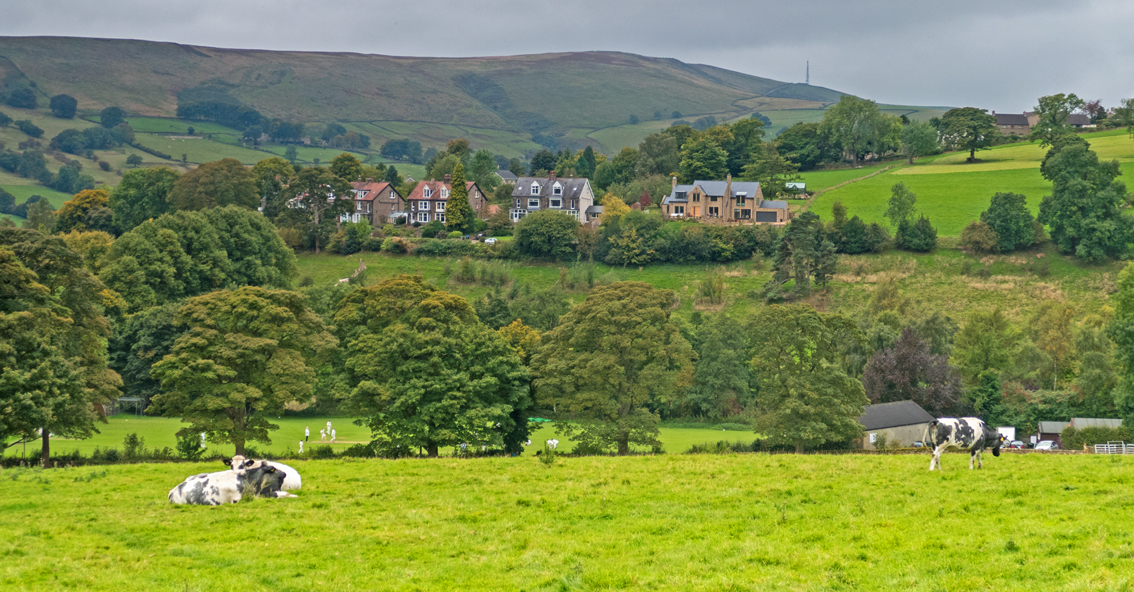 The wall of the churchyard was heaped with ivy (Hedera helix) in flower. It is one of the few species to provide nectar at this time of year, and insect life was making the most of it: 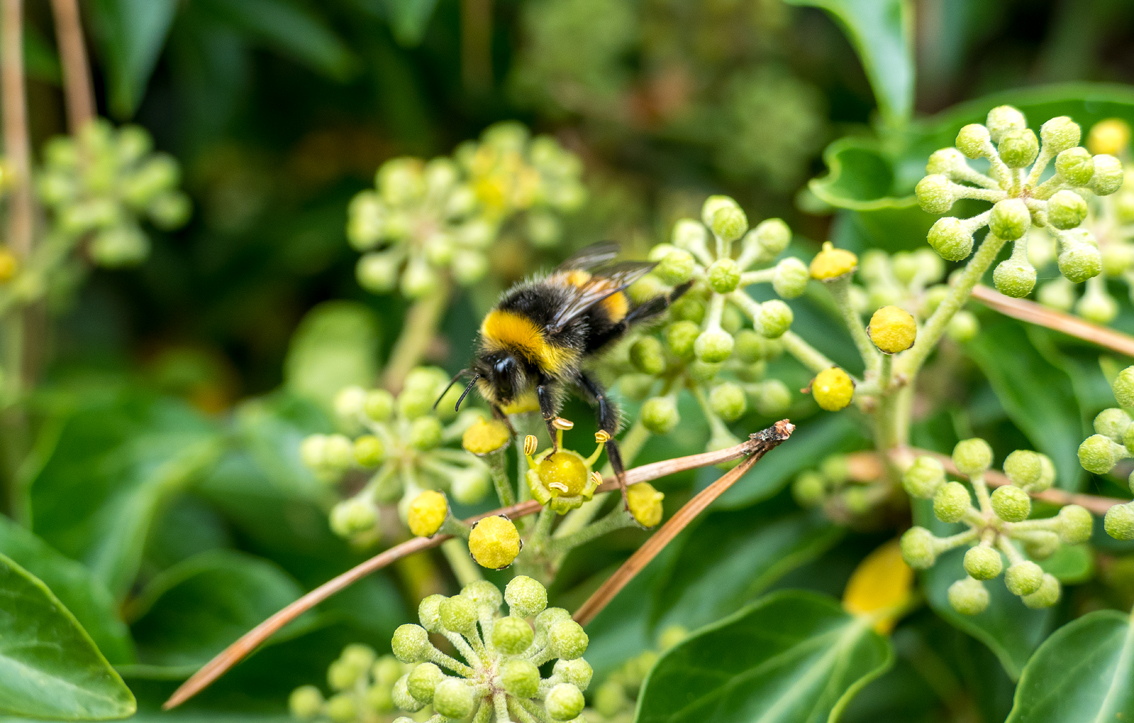 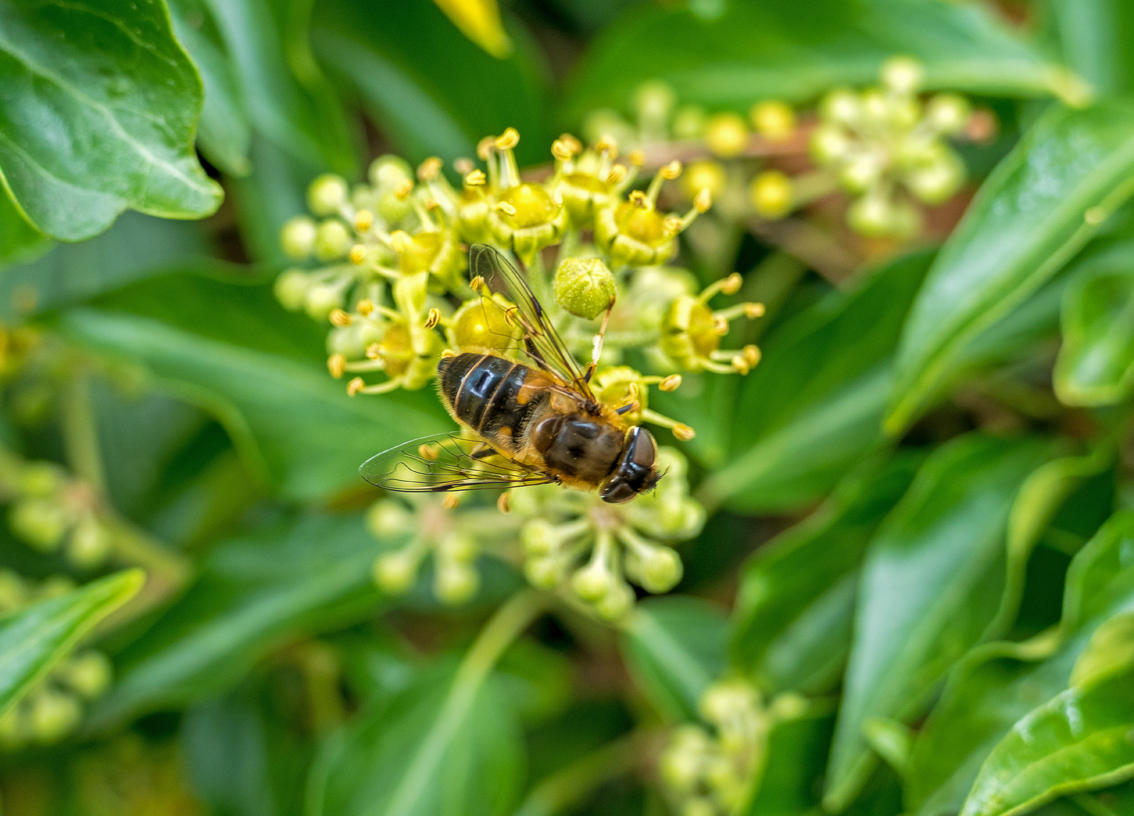 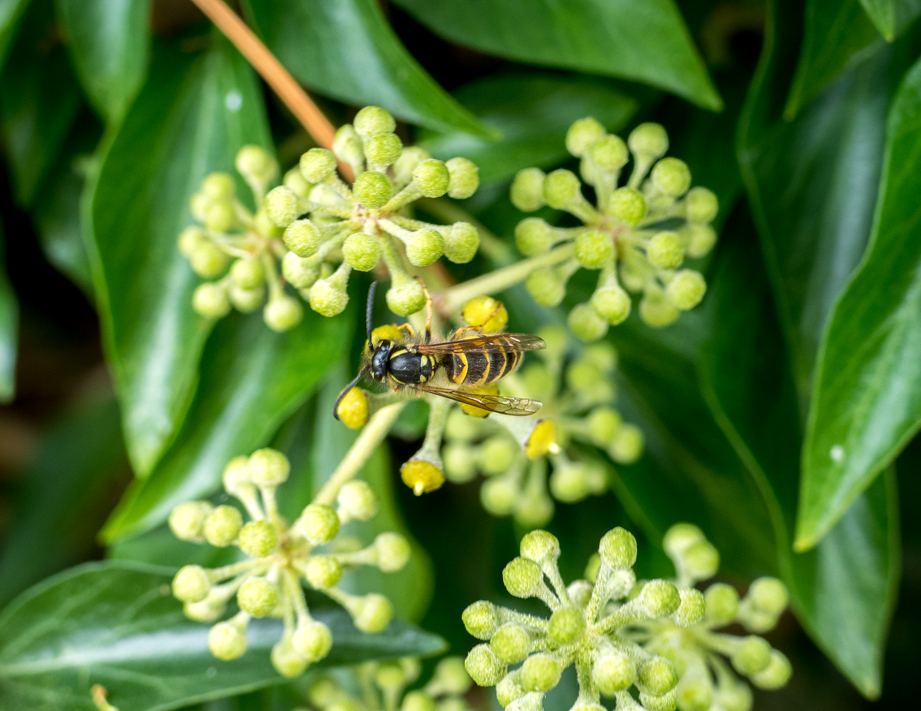 While the graveyard of the church must be one of the most serene places in Britain to be be laid to rest, the village of Hathersage itself has some hidden delights, including a secret stream which gurgles through the centre of the village: 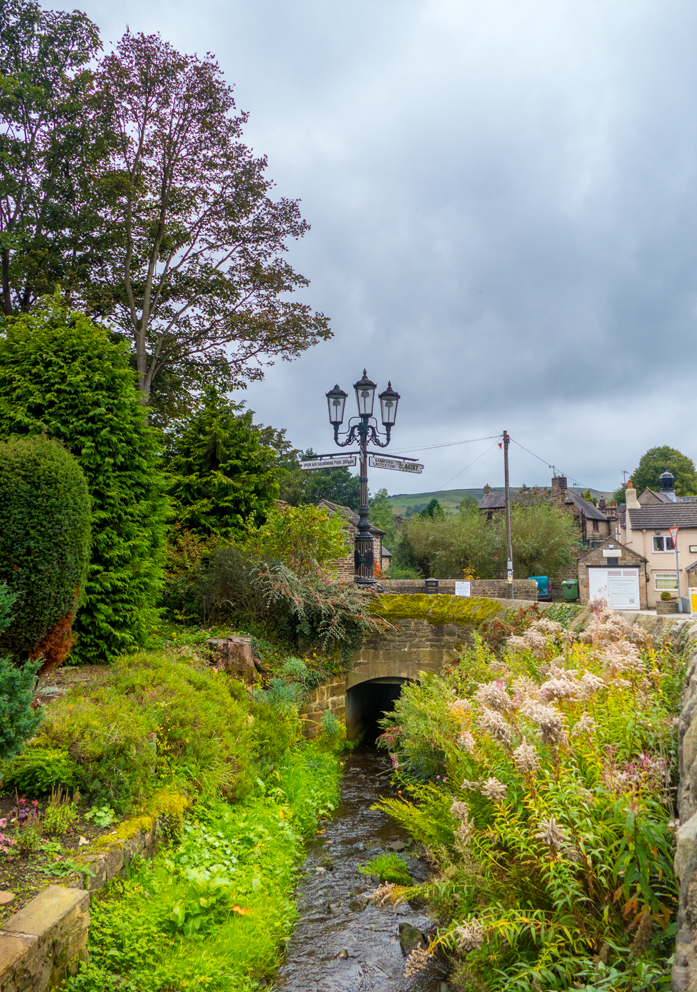 The journey south via Sheffield and London raced through a succession of weather patterns and a countryside which had recently been put to the plough and harrow: 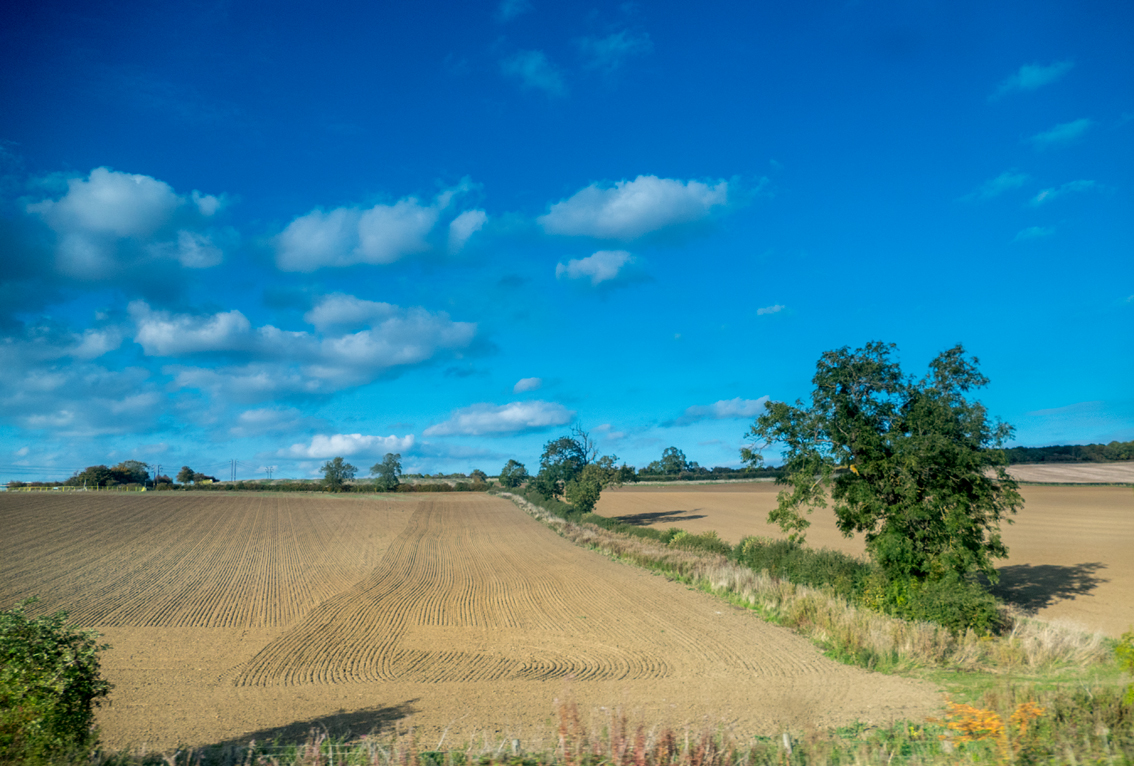 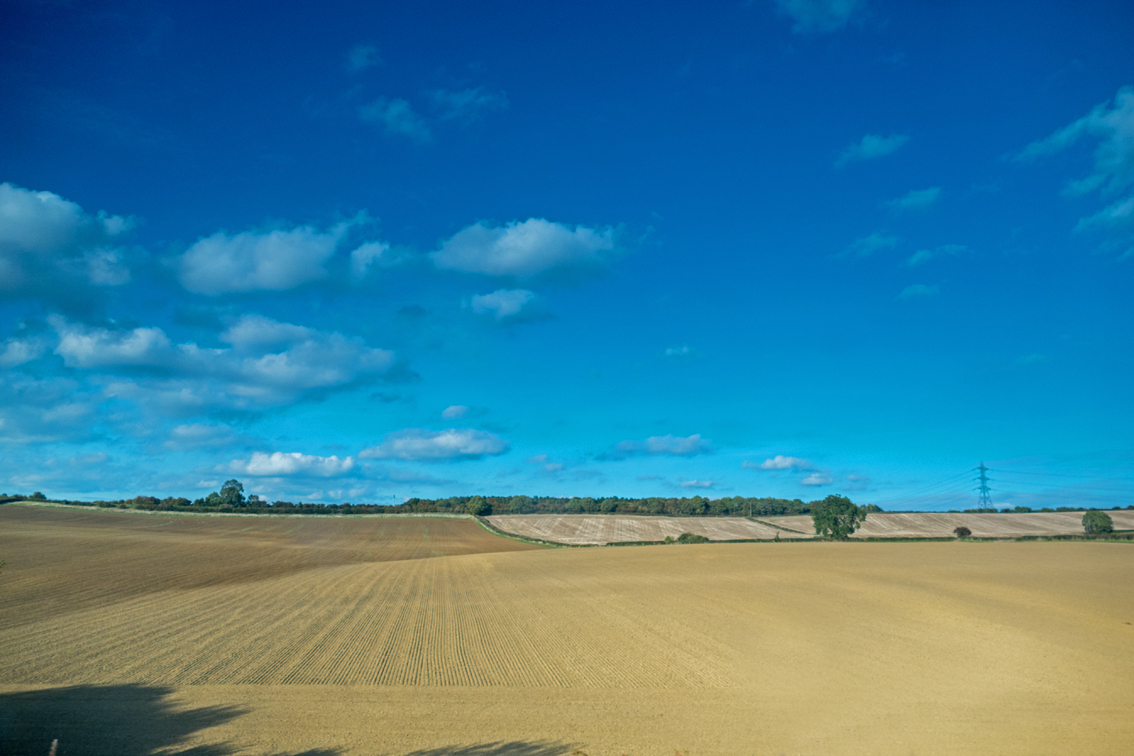 By the time I’d passed from St Pancras to Liverpool Street and headed north-east towards Colchester, dusk was cloaking the landscape in broken stratocumulus. The occasional light, such as that from New Hall School east of Chelmsford, shone out into the gathering darkness: 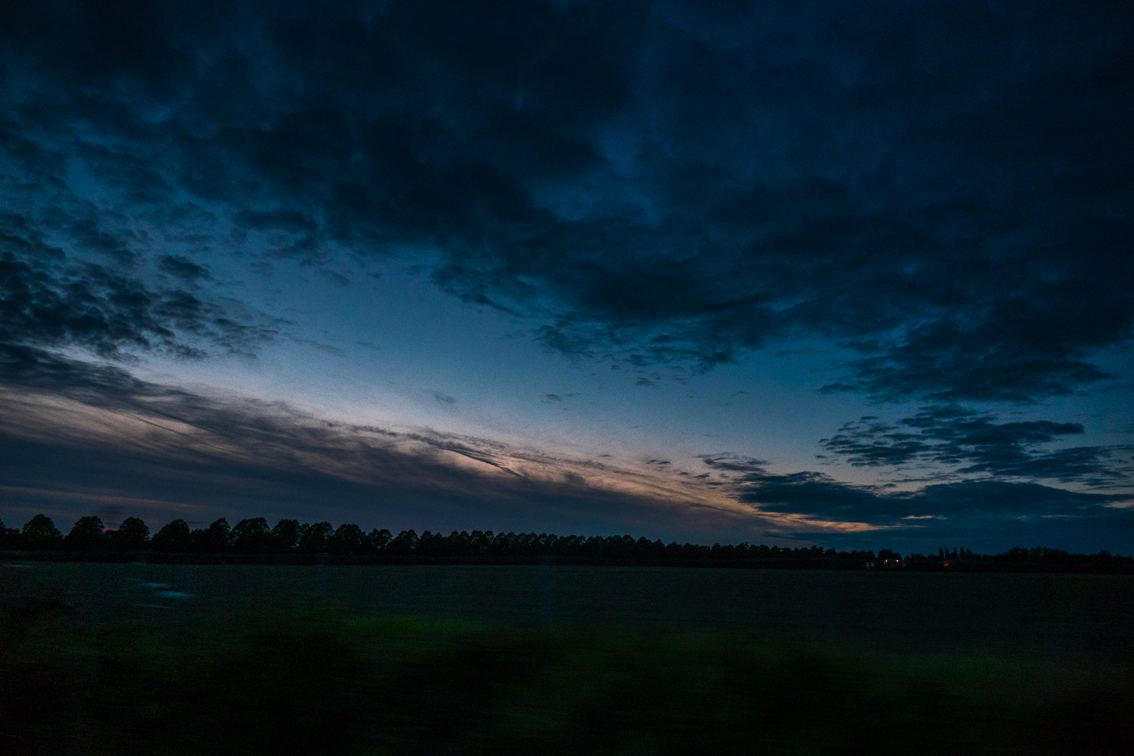 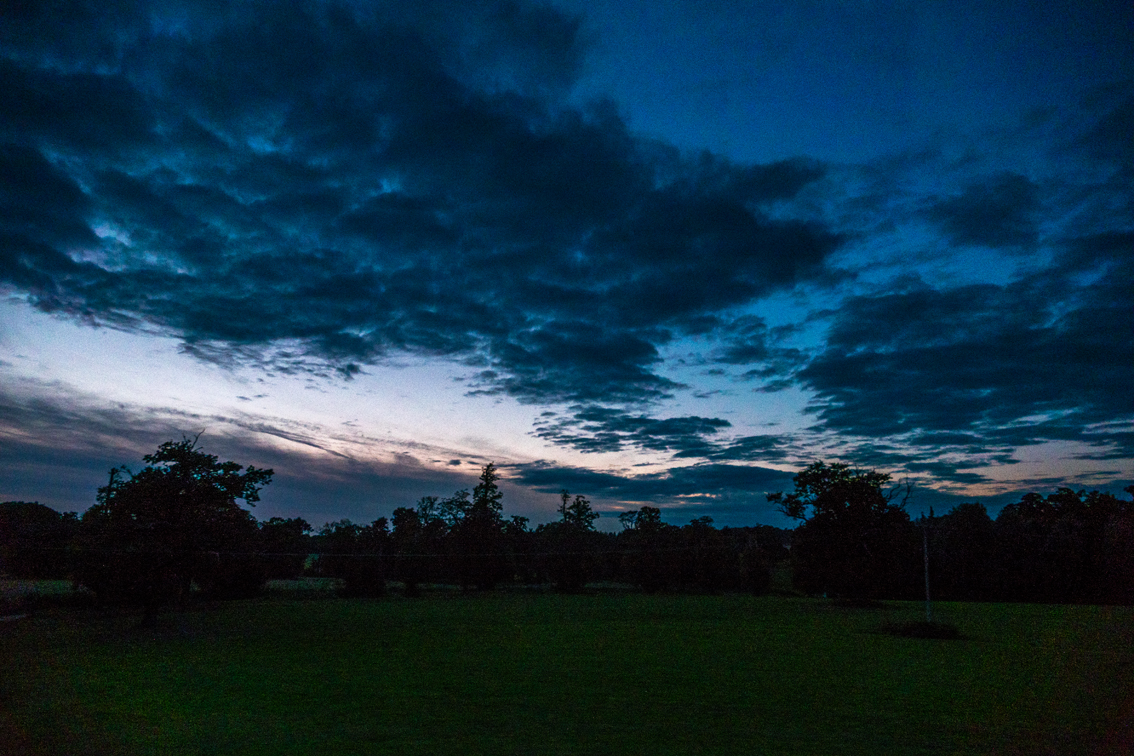 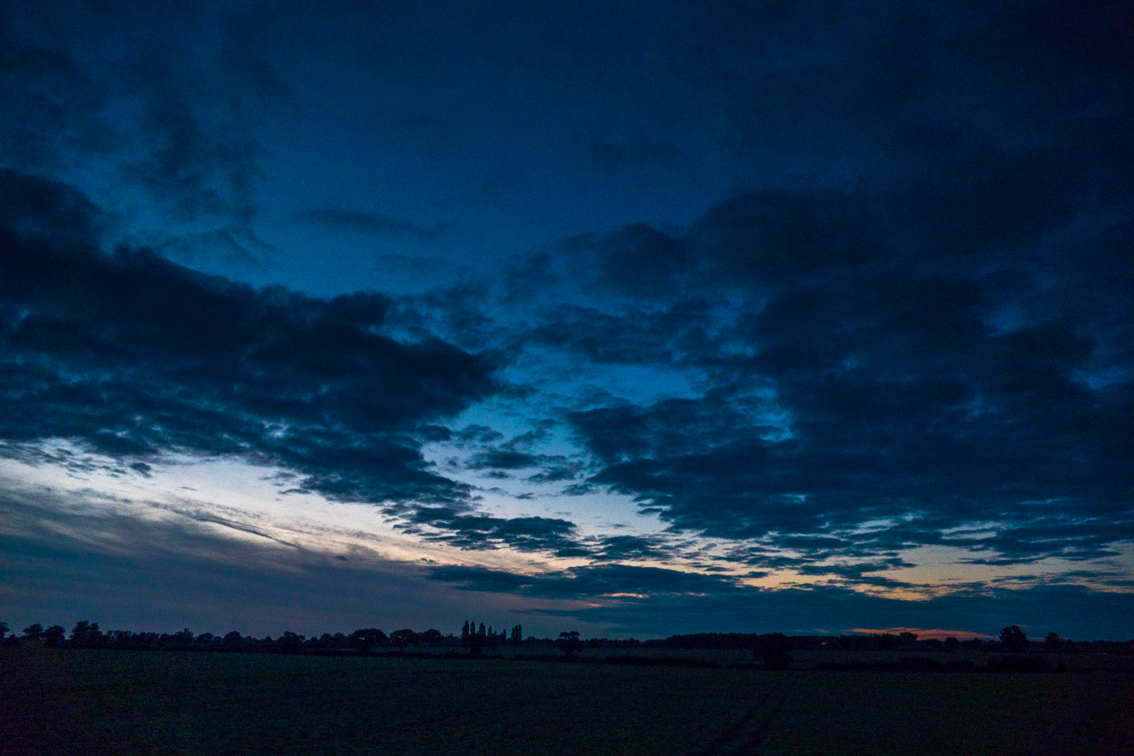 The following evening I headed out into the Myland fields as I’d not been there for a while. Other than being taken for a dog called ‘Ginger’ at one point, the evening was zen-like in its calmness, and the sun slowly faded into the cloudbank to the west – but then gave a blaze of glory before sliding into the ever-darker twilight of the bats, which were feeding busily for their winter hibernation: 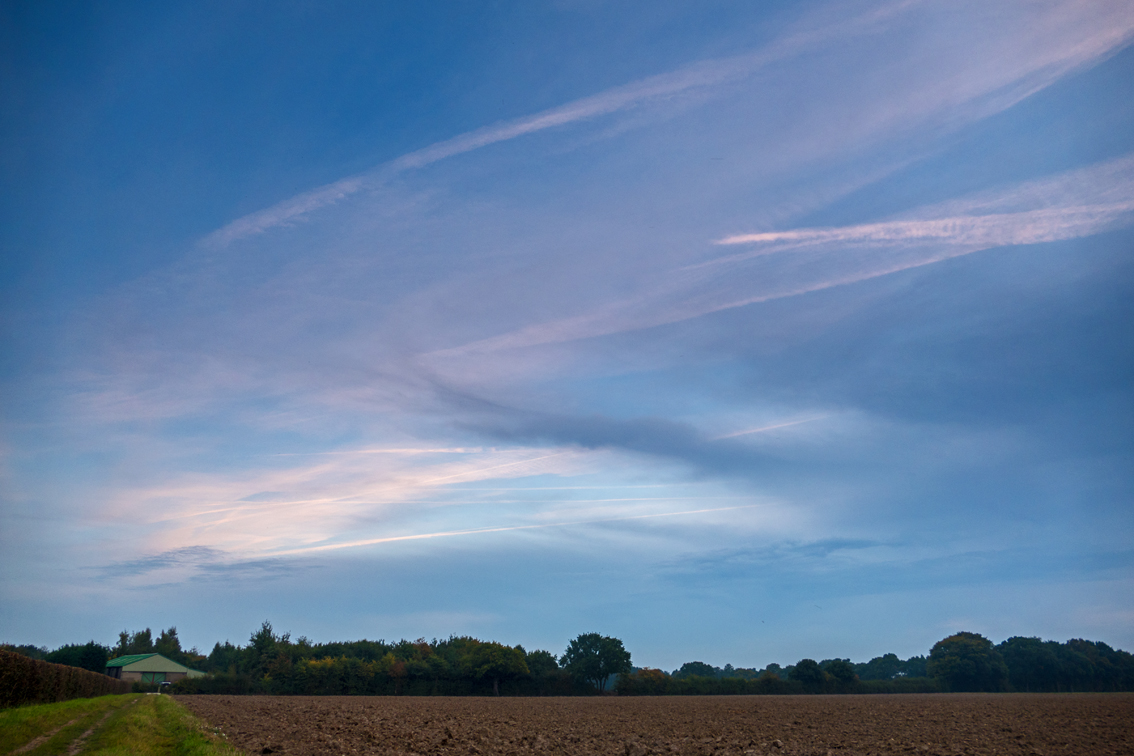 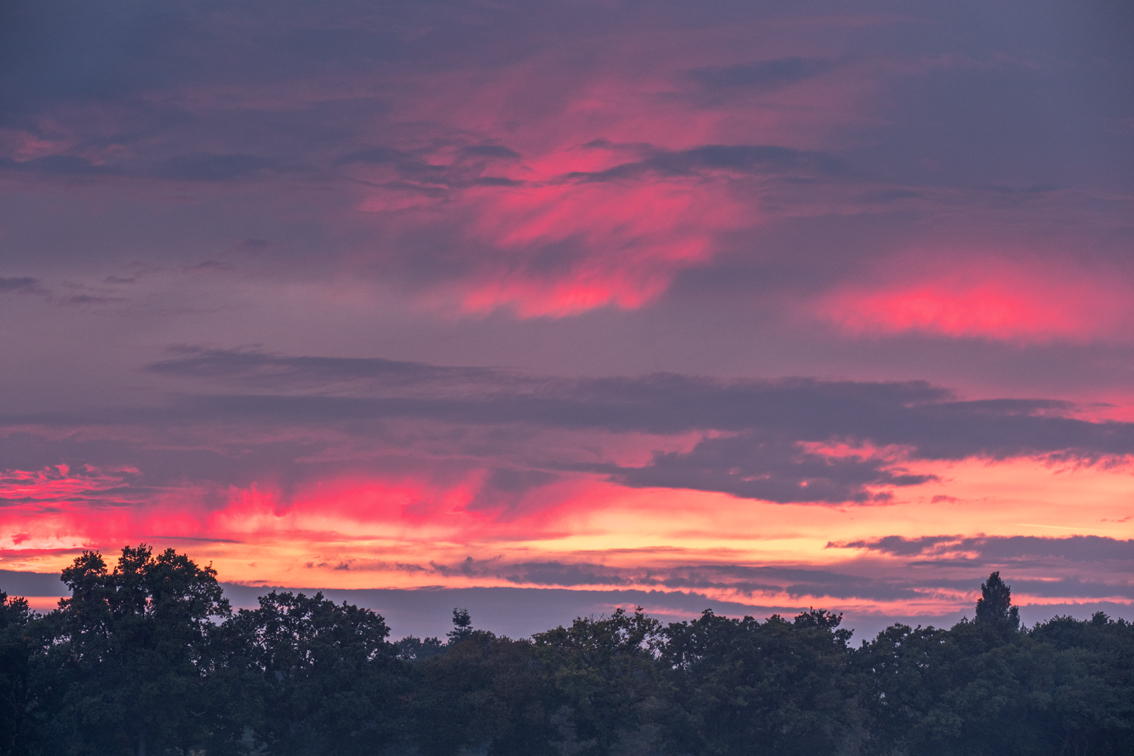 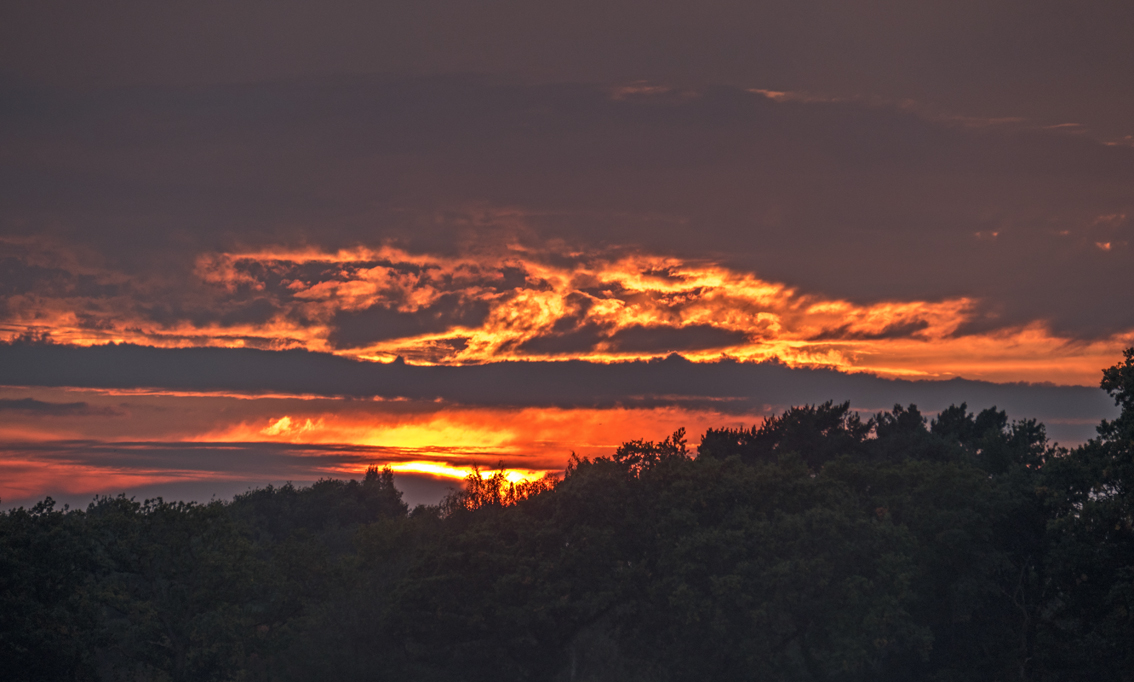 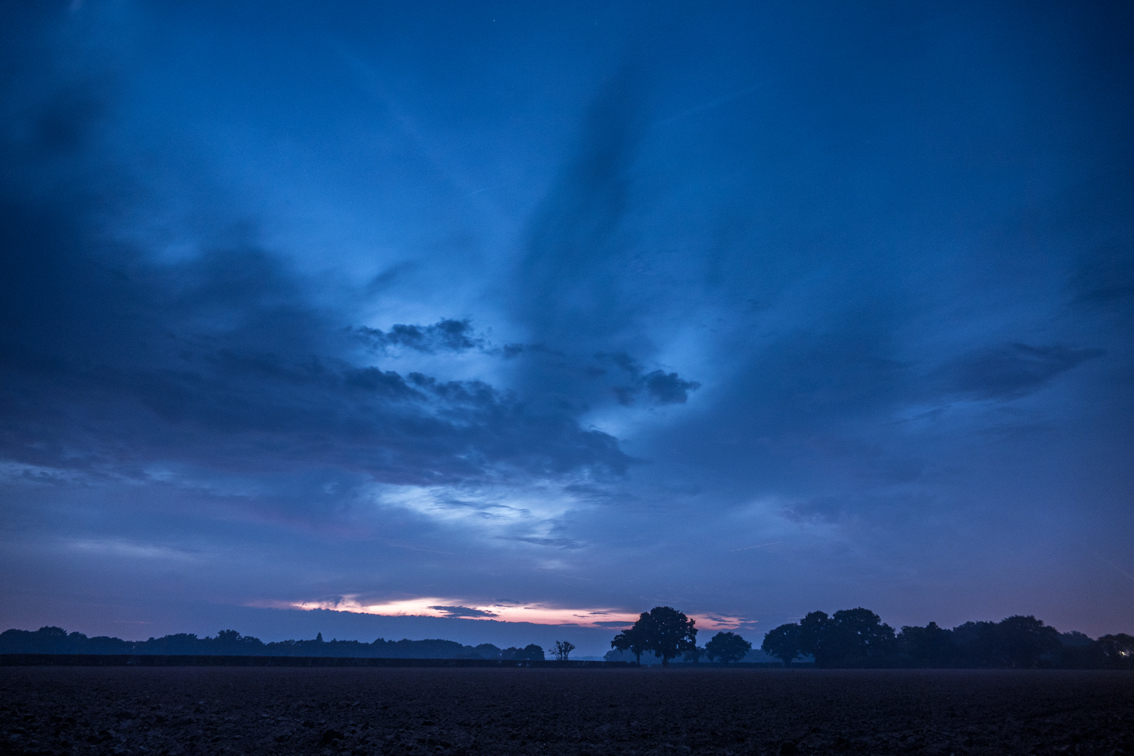 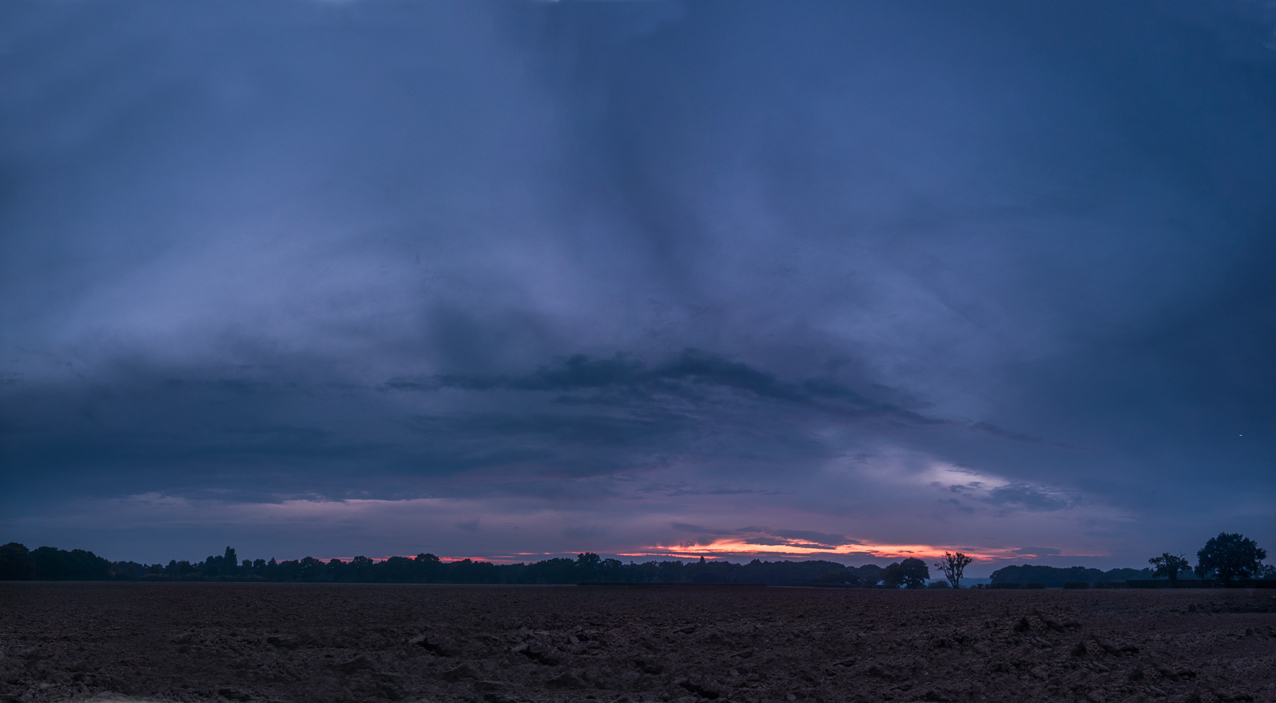 Next up, probably – the blancmange blanket bog…