Planning consent is required in the UK when commercial peat extraction takes place. One of the conditions imposed as part of any such consent relates to the after-use of the land.  Given the loss of lowland peat bog habitat both in Britain (e.g Lindsay & Immirzi, 1996) and elsewhere across Europe (e.g. Bragg & Lindsay, 2003), there is general recognition that peat bog sites subject to commercial peat extraction should have restoration to peat bog habitat as the prime target of after-use management. 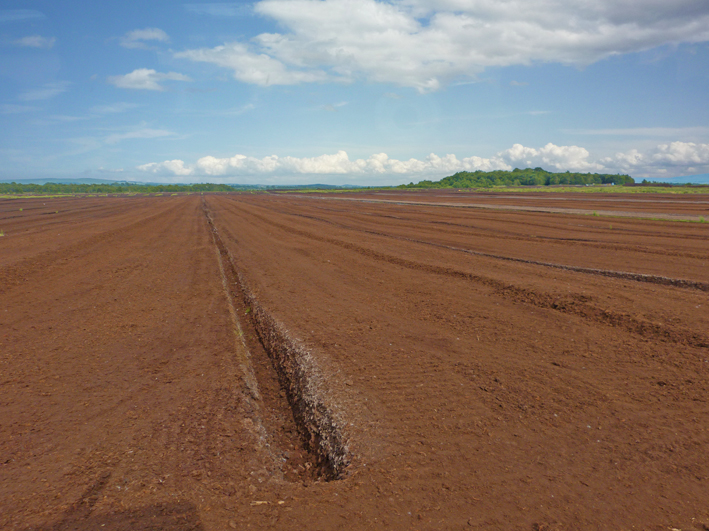 The residual thickness of peat remaining at cessation of commercial extraction is a critical factor in determining whether bog conditions can be re-established immediately on the site or whether an extended (and often indeterminate) period of fen conditions will prevail before ‘ombrotrophic’ bog (i.e. rain-fed bog) conditions can re-establish. A concept frequently encountered in planning applications and consents is that of “an average minimum depth of 0.5 m” to remain as the residual peat depth at cessation of commercial working.

Scottish Natural Heritage commissioned us to examine the basis of this concept and determine whether available scientific evidence supported this concept or instead indicated that a different depth of residual peat is appropriate if the after-use objective and consent condition is for bog habitat to be re-established as quickly as possible.

Our review of the available scientific evidence indicates that there is no supported case for “an average minimum depth of 0.5 m”. Furthermore the available scientific evidence indicates that if the residual peat depth is less than 2 m then restoration is likely to lead to a vegetation which is essentially ‘poor fen’ rather than ‘ombrotrophic bog’, while the timescale for such poor fen to develop into true bog is unclear but likely to be measured in centuries rather than decades.

The key messages of our report, now available from SNH, are therefore that for new consents on sites where more than 2 m of peat remains across the site, planning consent should require that no part of the site (other than areas at the margins) be left with less than 2 m of peat. On sites where some parts of the site already have less than 2 m of residual peat, commercial extraction should cease at the earliest opportunity in order to minimise the extent and duration of poor-fen development.