After a few rather dismal days, the journey from Colchester to London once more enjoyed blue skies with somewhat raggedy cumulus, from the start of the journey over the Colne Valley: 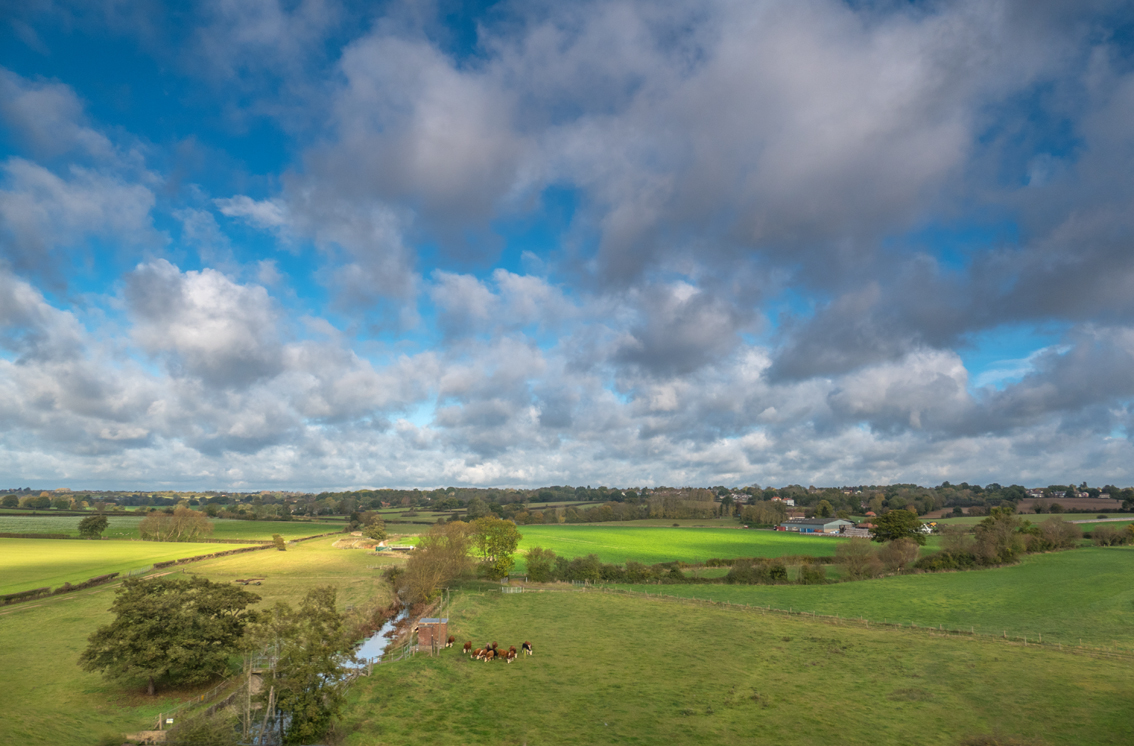 Then past the two poplars west of Marks Tey: 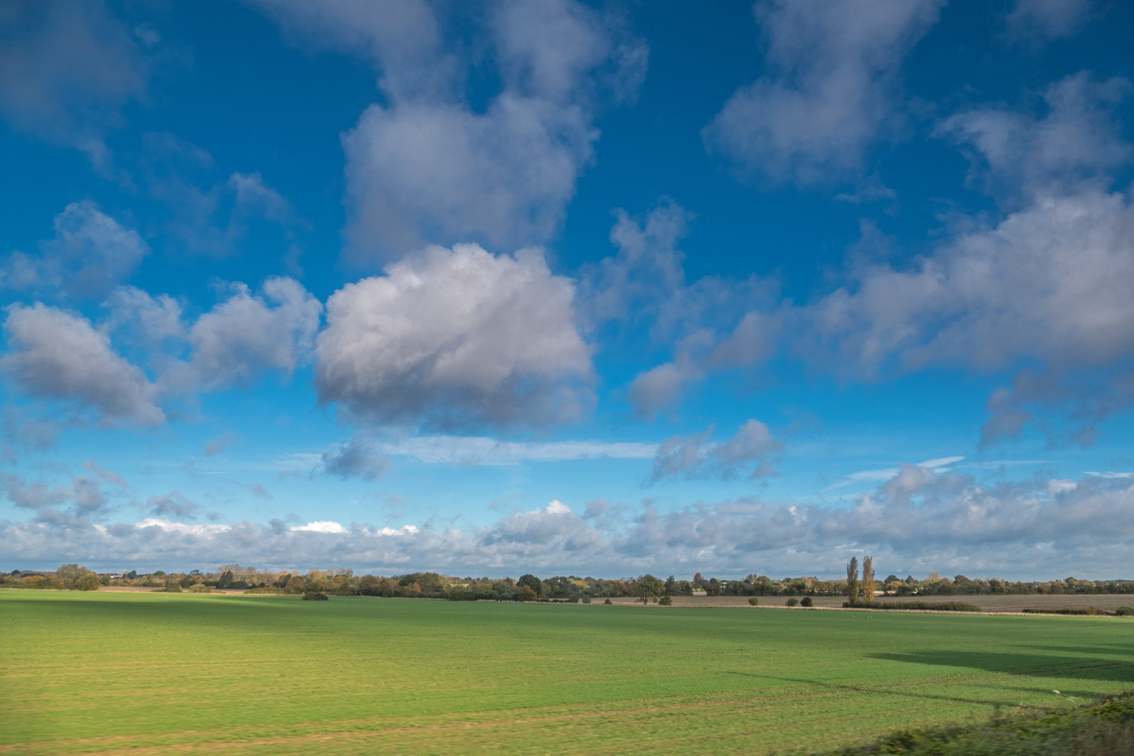 Then almost (but not quite) forming ‘cloud streets’ of cumulus mediocris west of Witham: 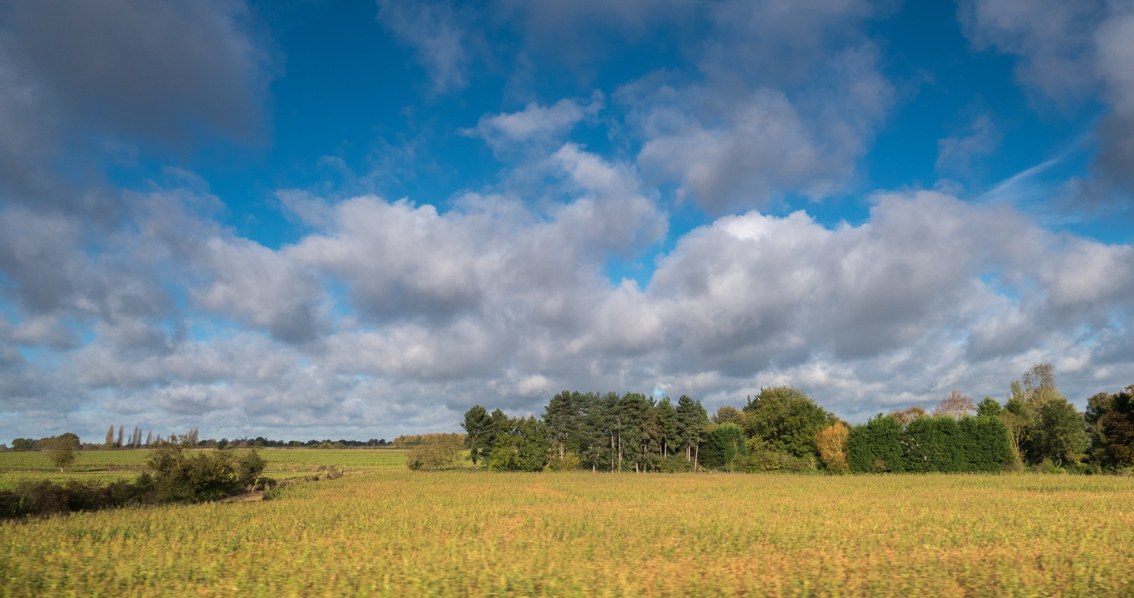 Towards the end of the day, on walking back to our office from the lab to obtain a copy of material for our MRes student, I found the Albert Dock bathed in a gloriously serene sunset. A quickly grabbed panorama was followed by a hasty dash back to the office and even more hasty photocopying while through the office window I watched anxiously as the sunset reach its peak:

Having completed the photocopying I dashed out to the dockside, papers flying, and fortunately just caught the fiery burst as the sun finally slid below the horizon directly over London City Airport: 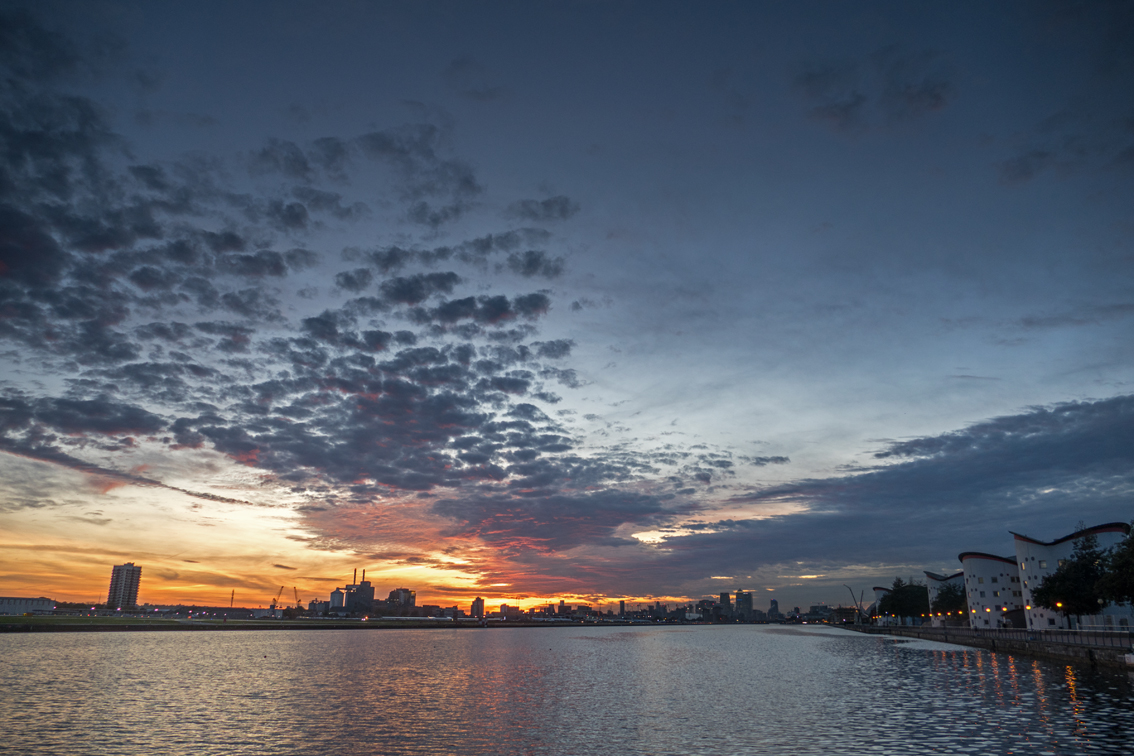 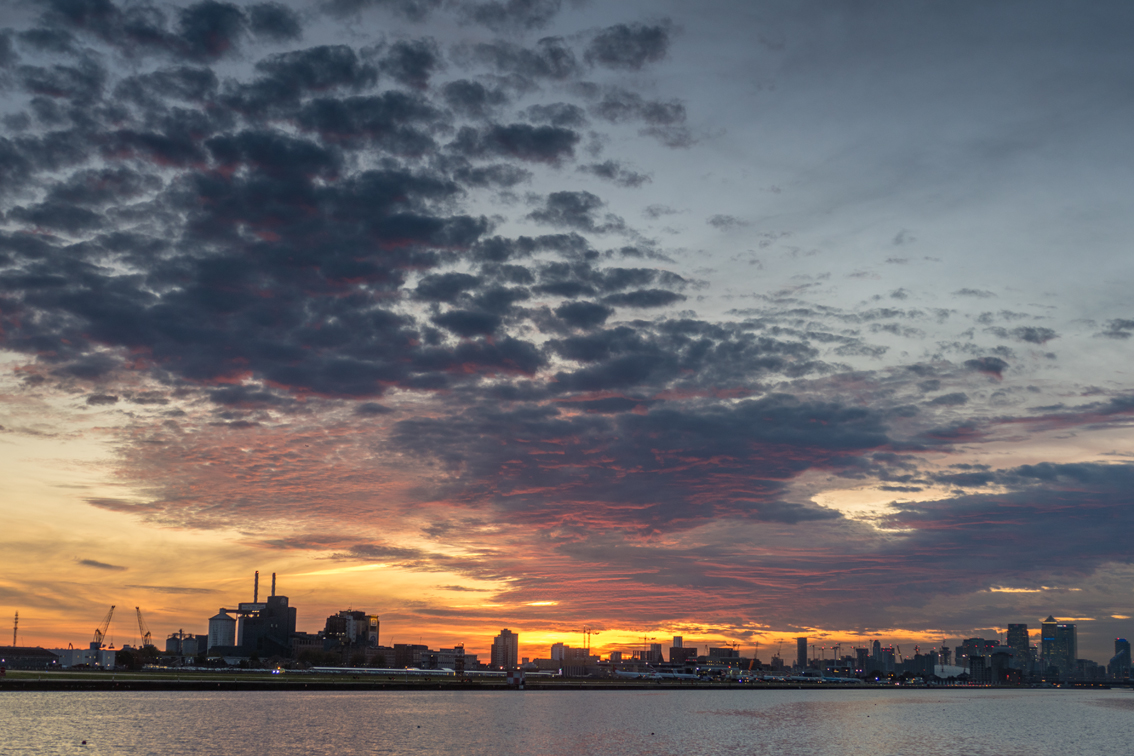 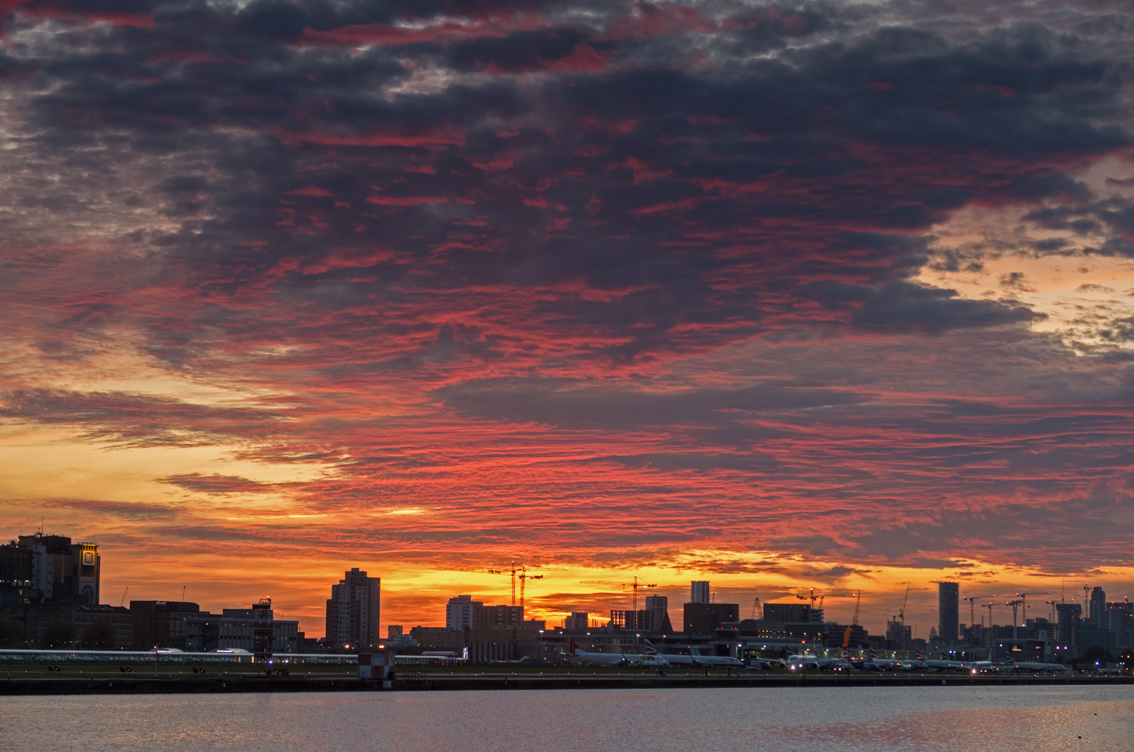 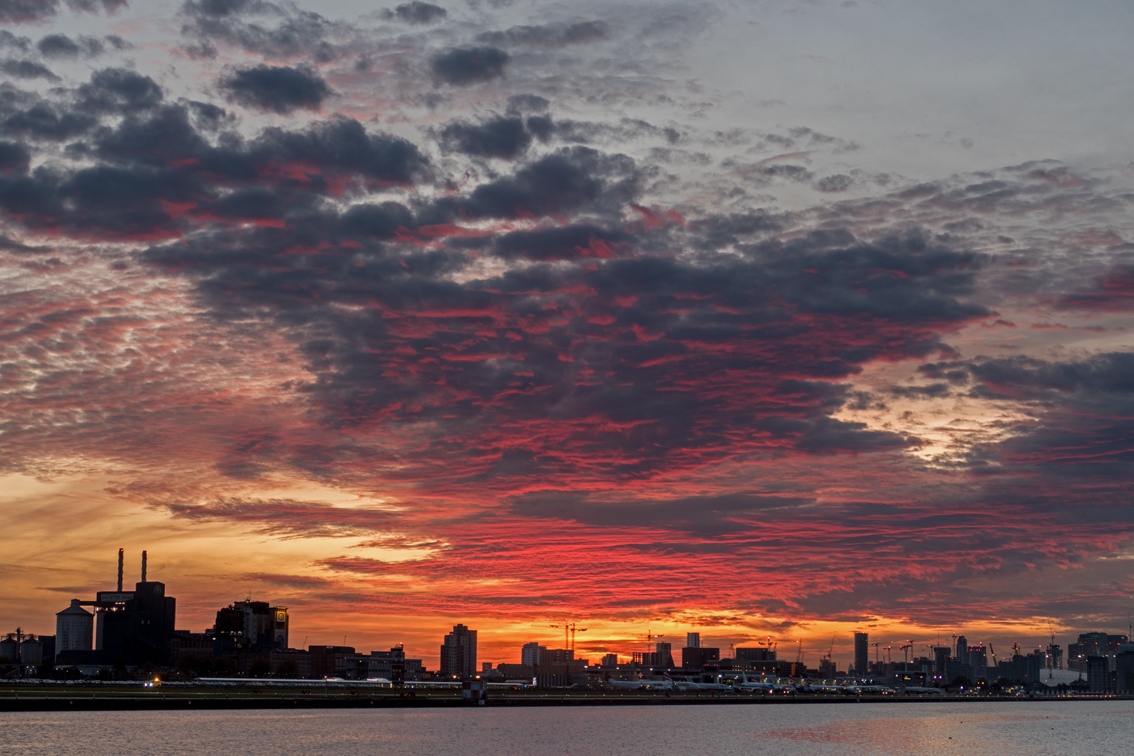 It was only while putting the camera away that I realised there were groups of students scattered all along the dockside – many of them 1st Years, I guess – snapping away at the sunset on their smartphones to capture the amazing sights to be seen from their university campus, and presumably then sending these to their friends and relatives all around the world. There was a sort of hushed silence all along the dock, and it was really rather sweet that they seemed so awestruck by the scene, rather than noisily capturing selfies… 🙂