OK, it’s Boxing Day and there’s been no ‘commuter’ photos for December. This is mainly because the weather in December has been pretty damp and miserable without any really breathtaking skies – but there have been a few moments of fun (on days without such fun I have been reduced to tackling the ‘Codeword’ crossword in the Metro – something which my 10-year-old daughter and I subsequently find an entertaining challenge involving much imagination and invention of English vocabulary worthy of Shakespeare).

Early December (specifically 6th December) was characterised by fog, which amazingly didn’t seem to faze Abellio Greater Anglia at all, the chaos arising instead from “adverse rail conditions” – which we all interpreted as ‘leaves on the line’. The fog did make the journey somewhat magical: 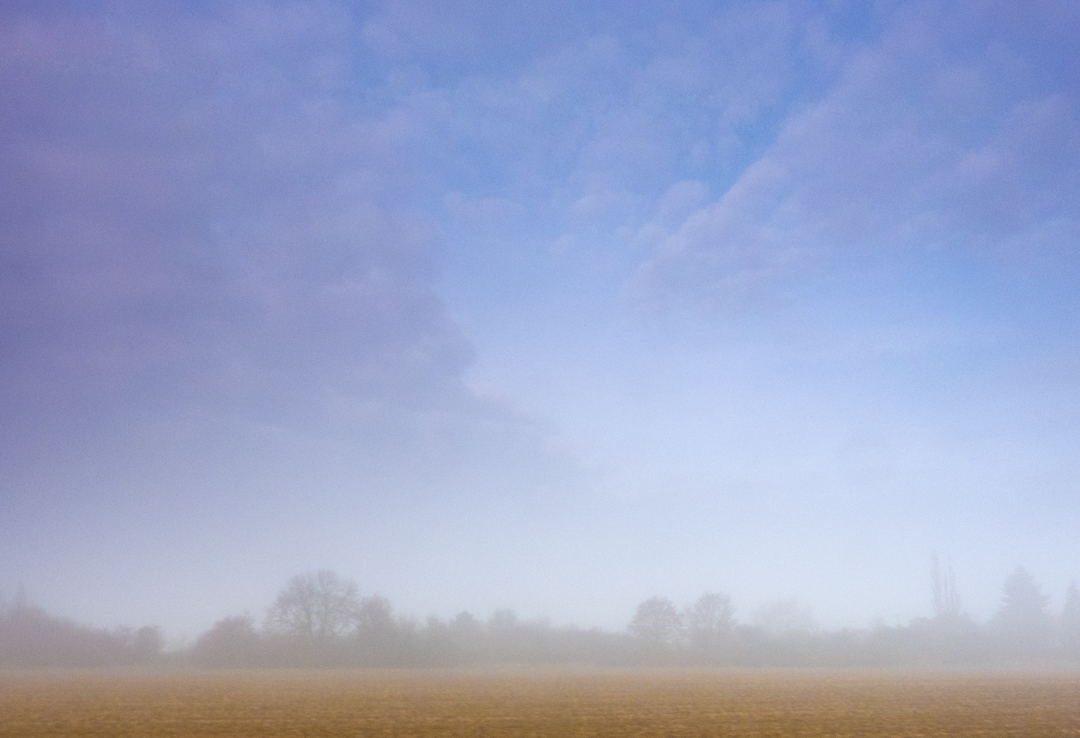 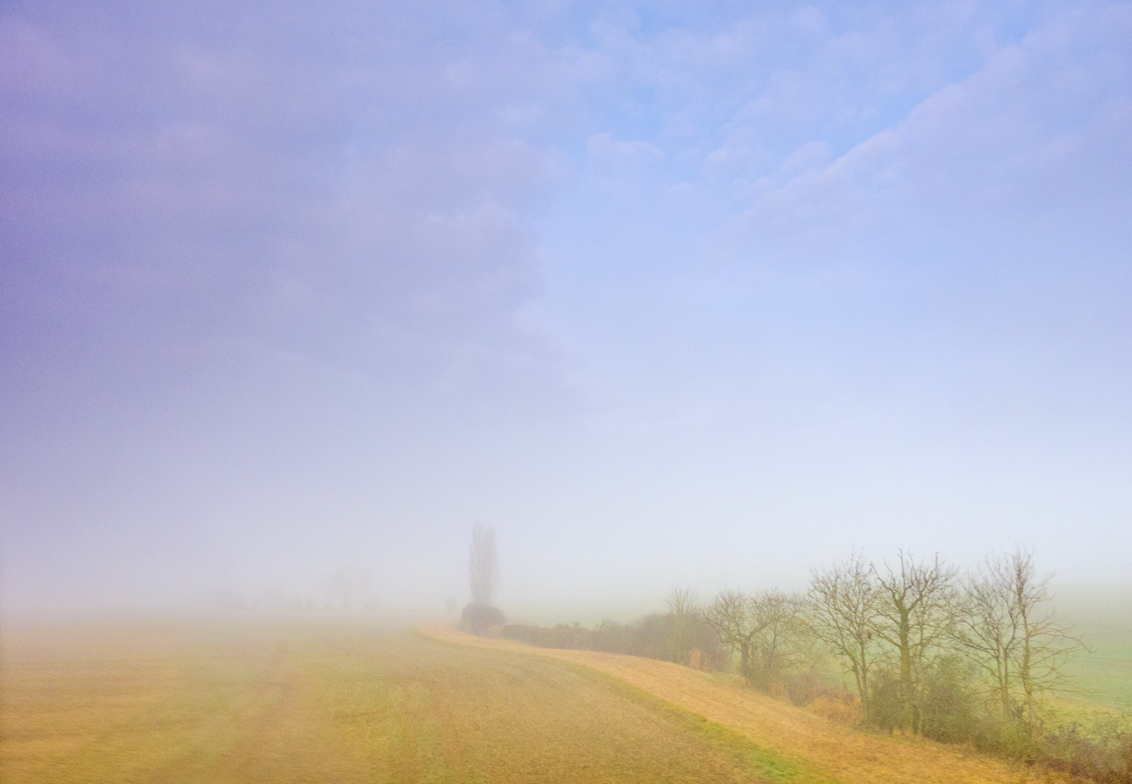 Even humdrum views developed a new dimension, such as the fields west of Witham, or the Lone Oak east of Shenfield: 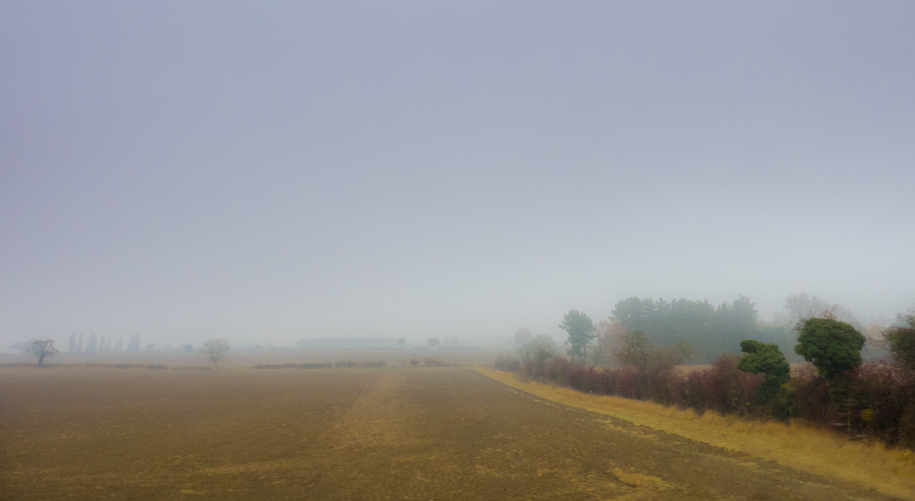 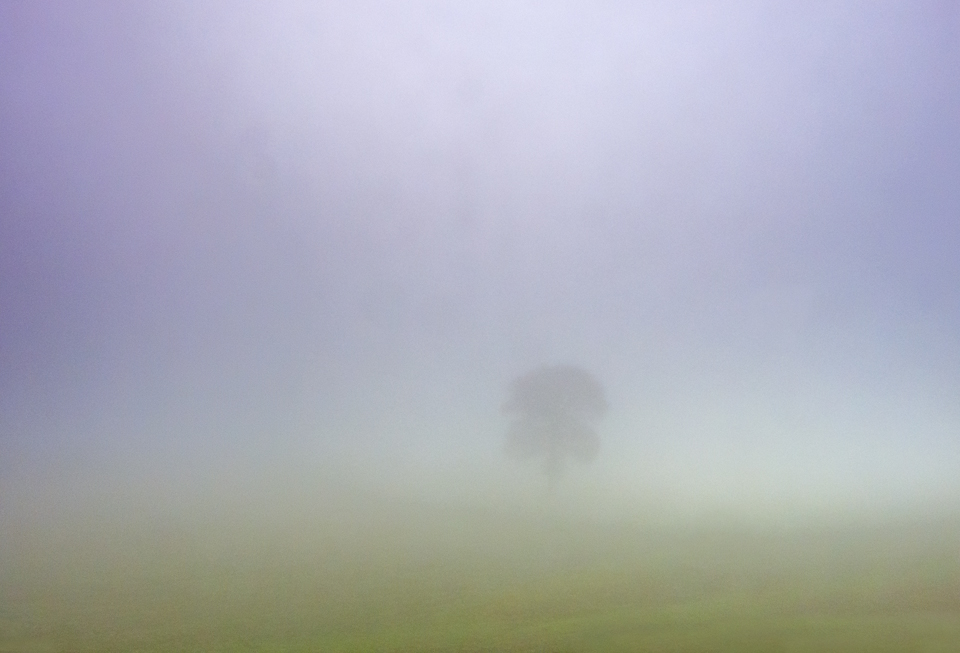 The next day saw less fog but more dramatic skies, even with blues skies – for a brief moment – before the clouds once again began to obscure the sun: 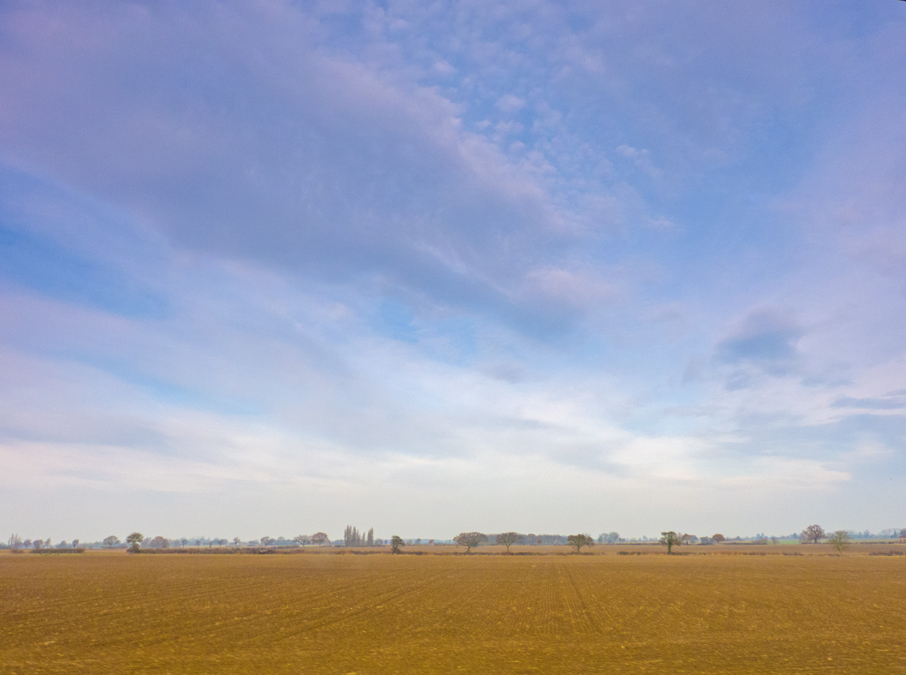 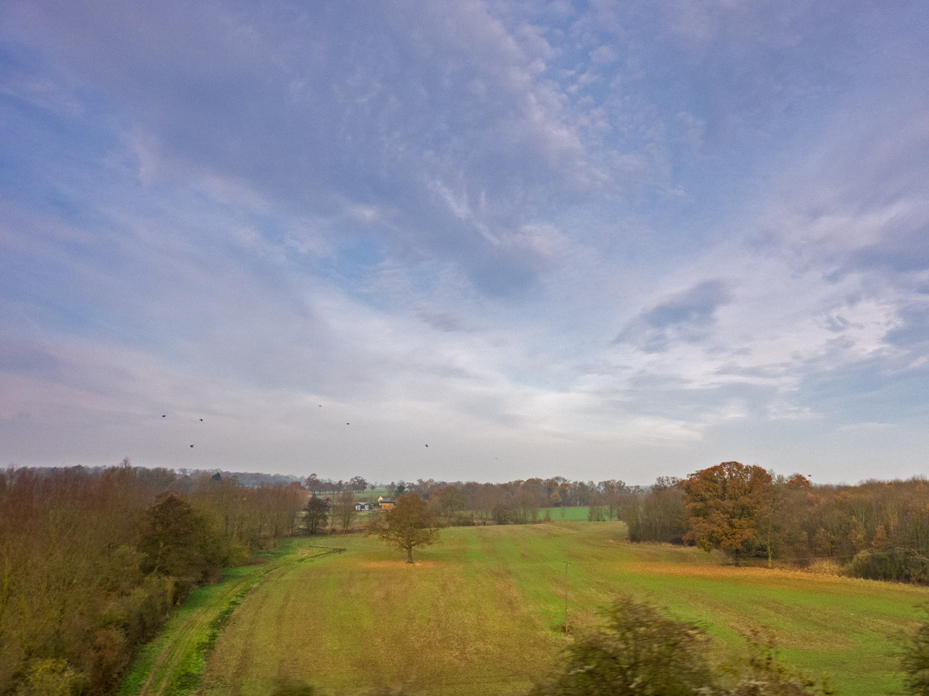 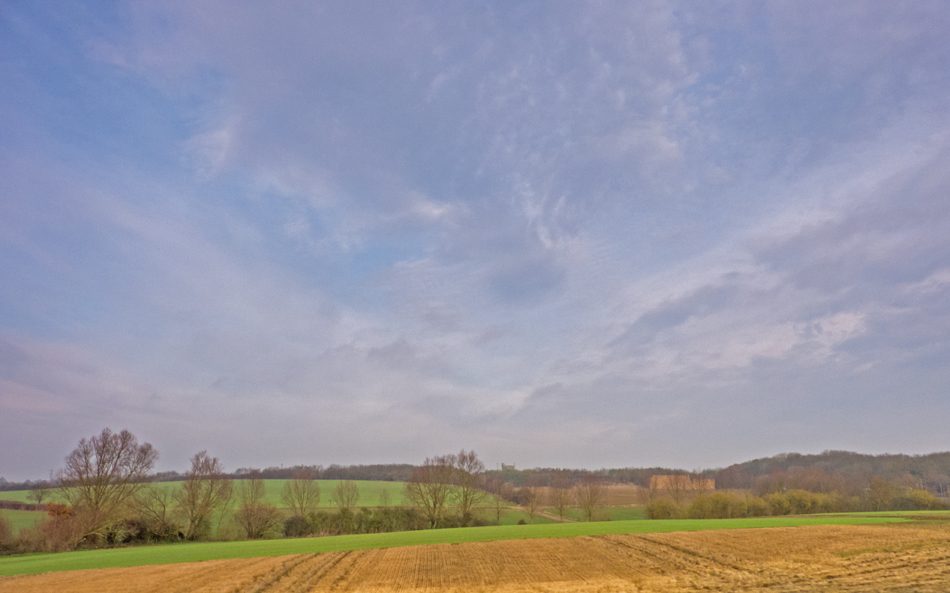 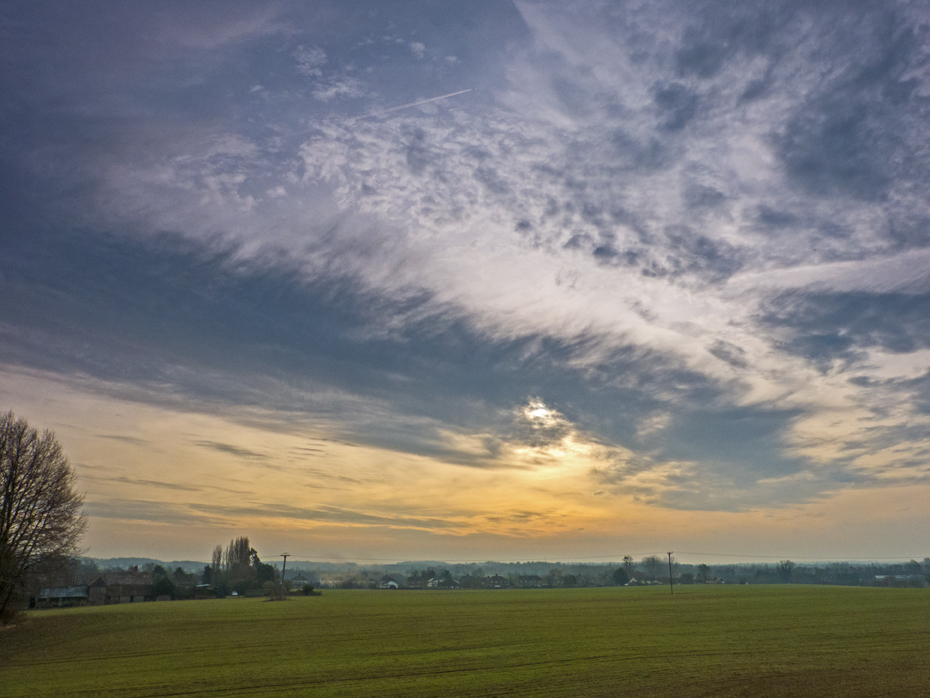 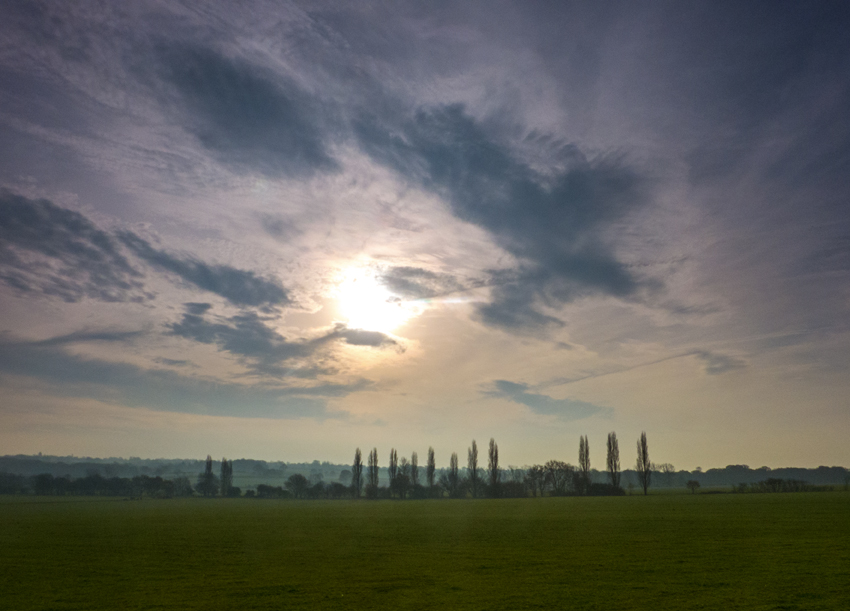 Over the next few days things became somewhat foggy again first thing, but generally brightened up with rather dramatic skies as the morning wore on: 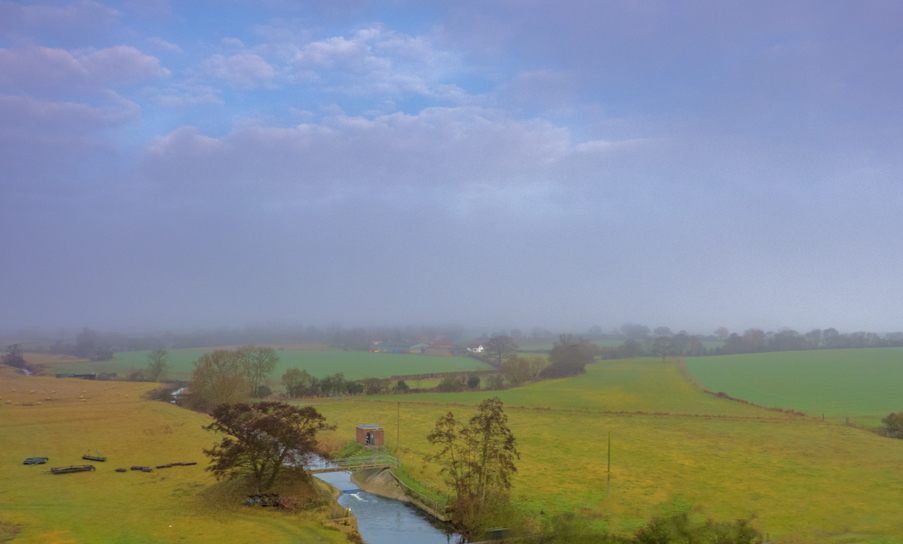 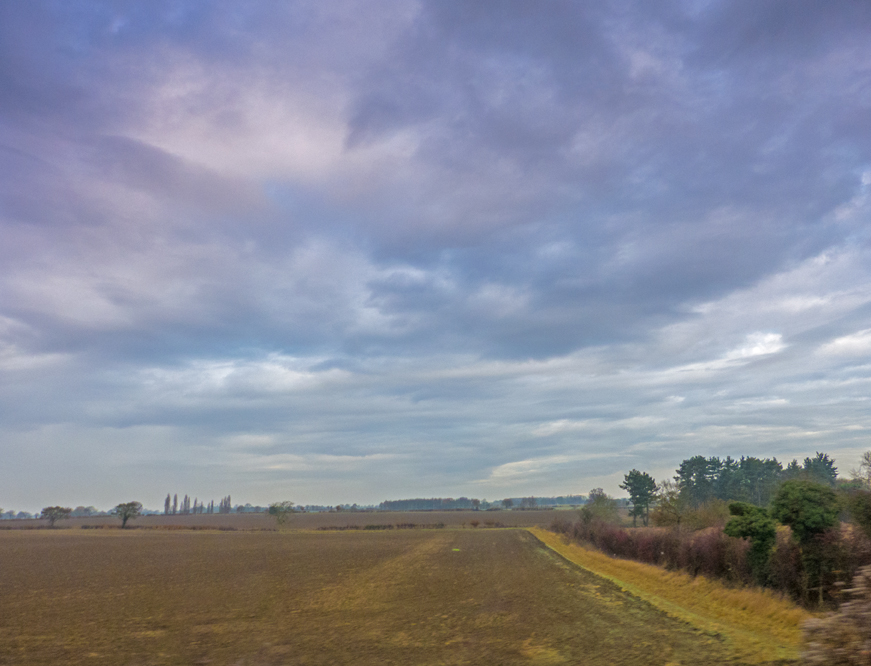 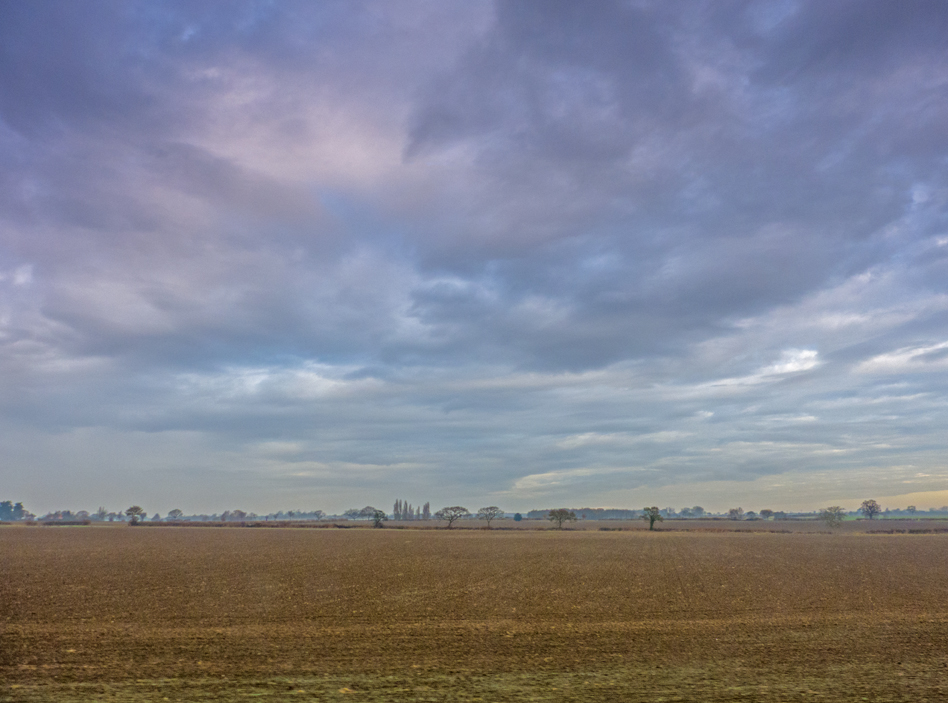 …giving the views towards Galleywood, Billericay and the Lone Oak a particularly striking atmosphere: 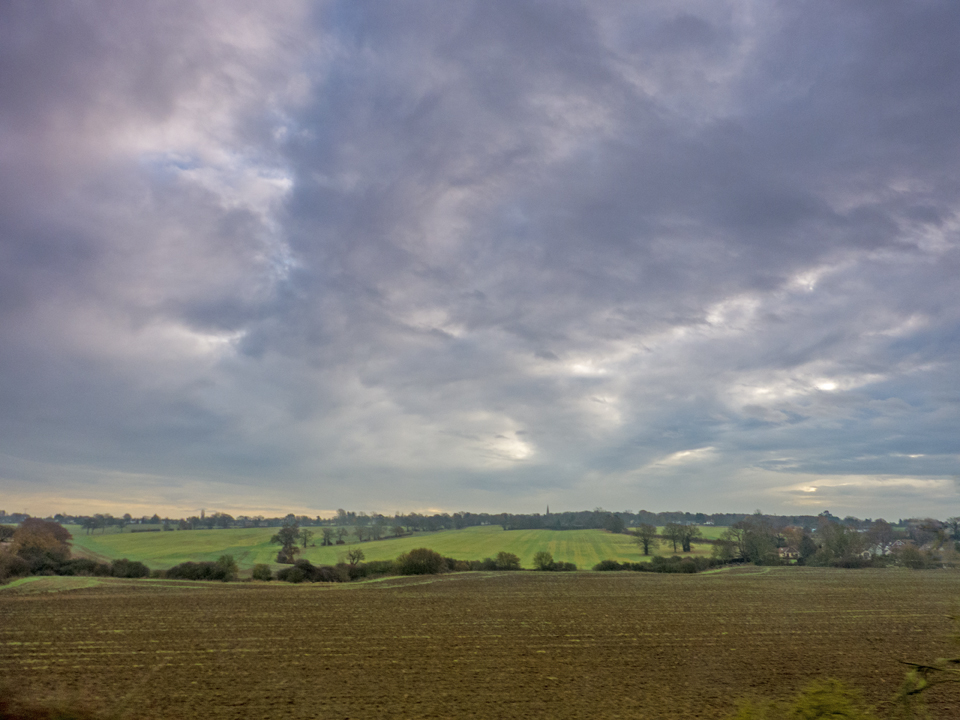 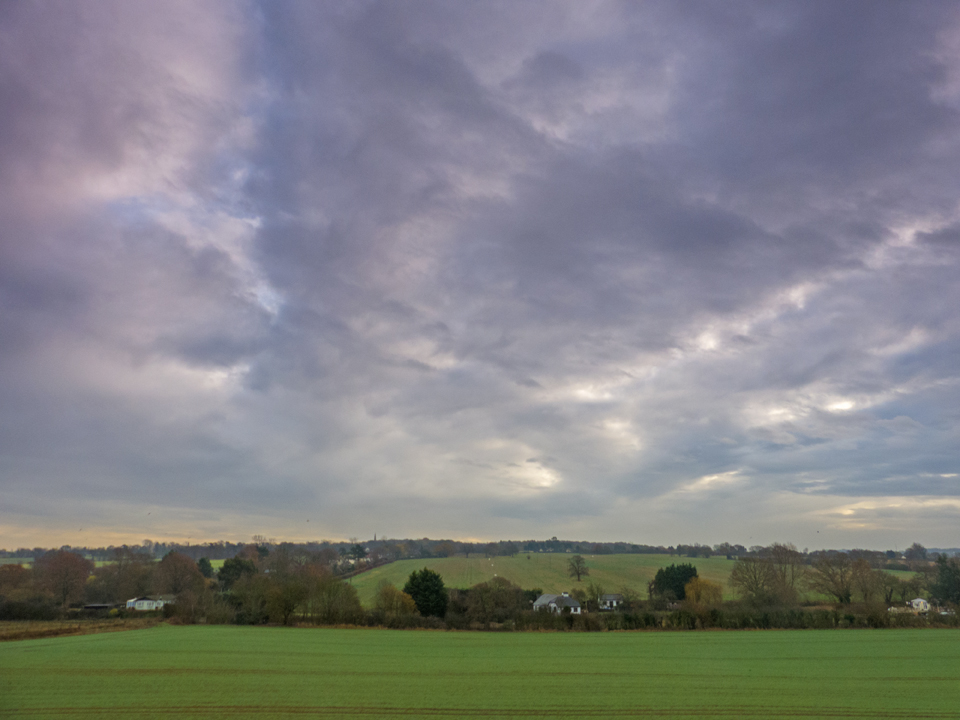 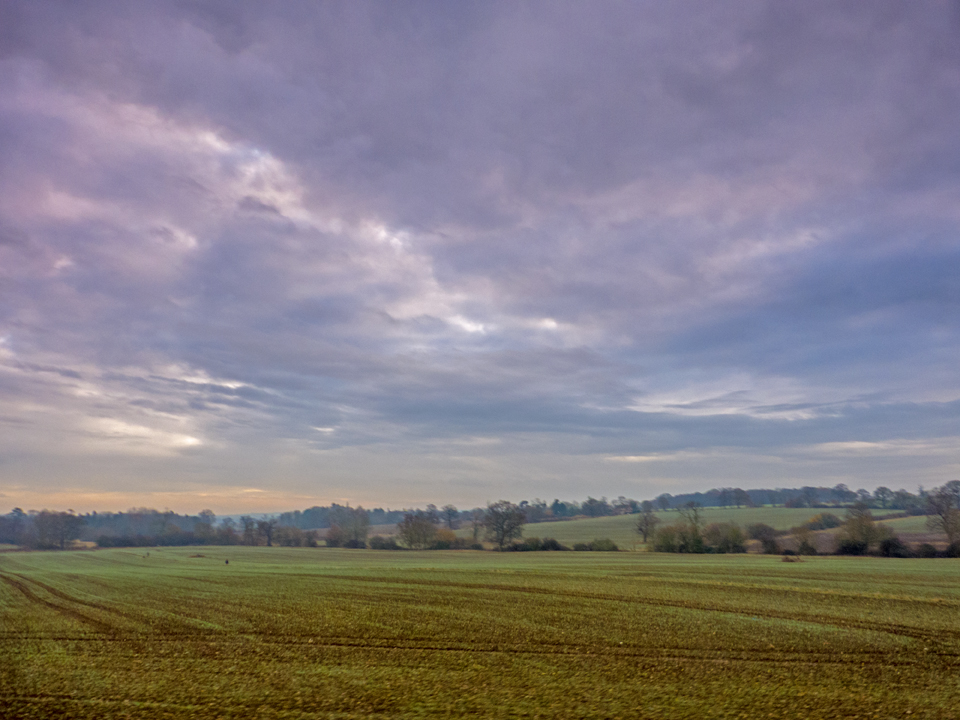 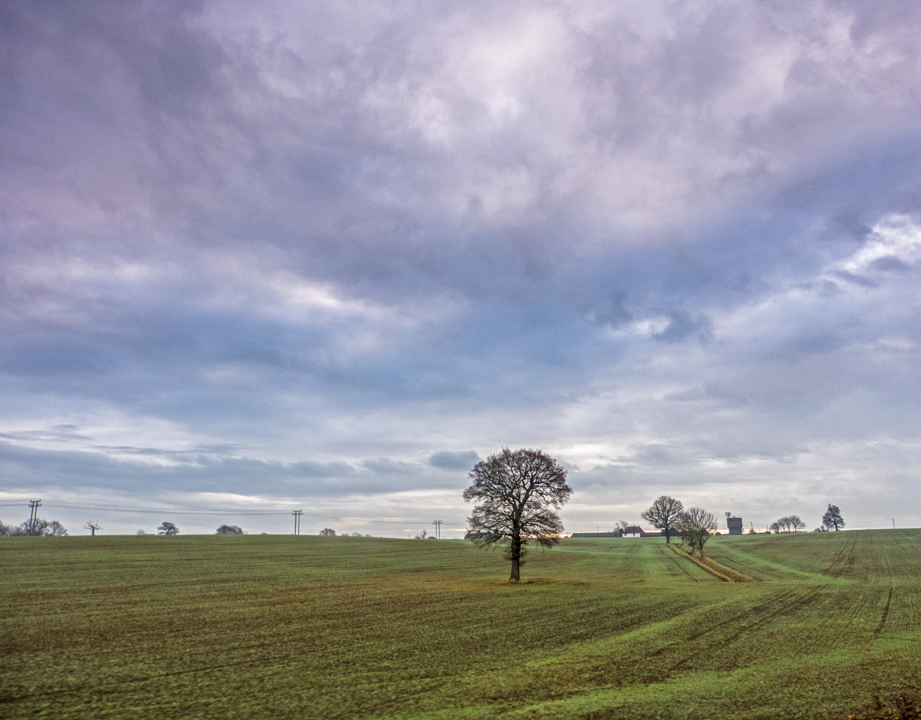 Mid-December was pretty miserable, with driving rain sweeping in from the west up the Colne Valley: 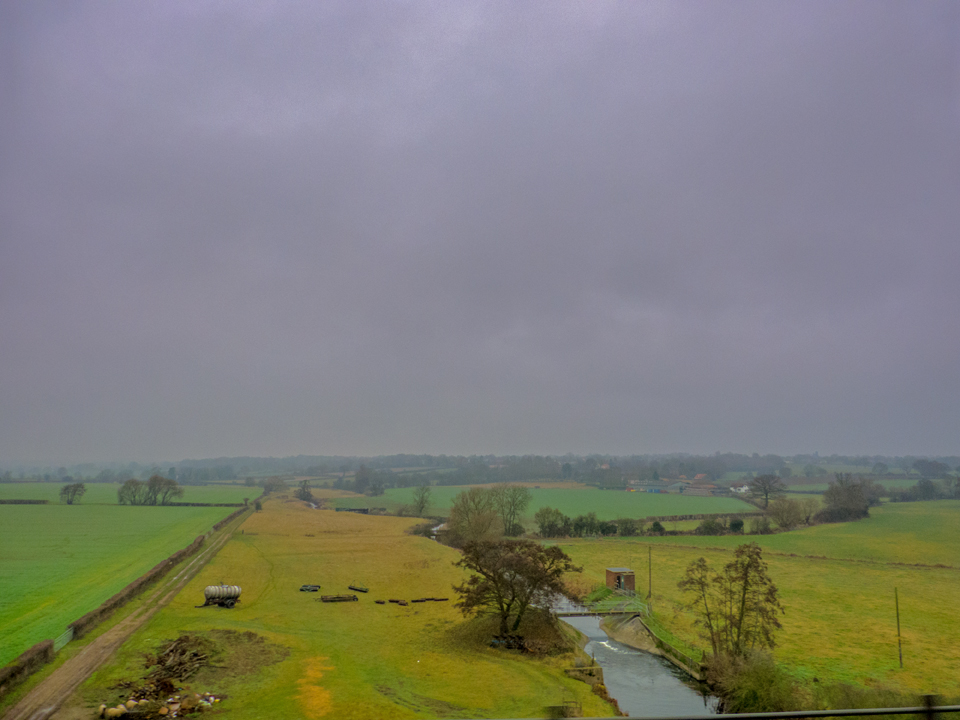 Things remained pretty much the same all the way to Chelmsford and the poplar fields at Ingatestone: 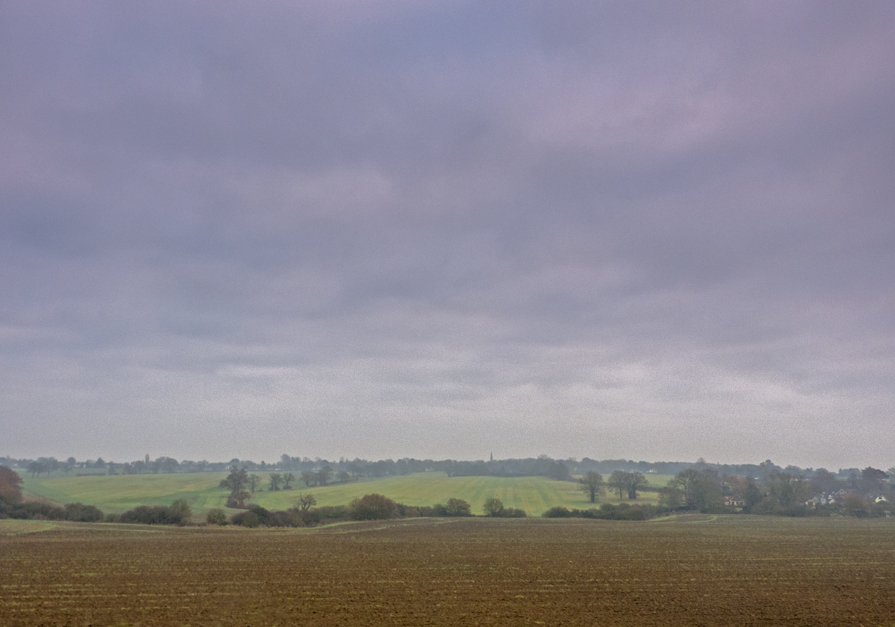 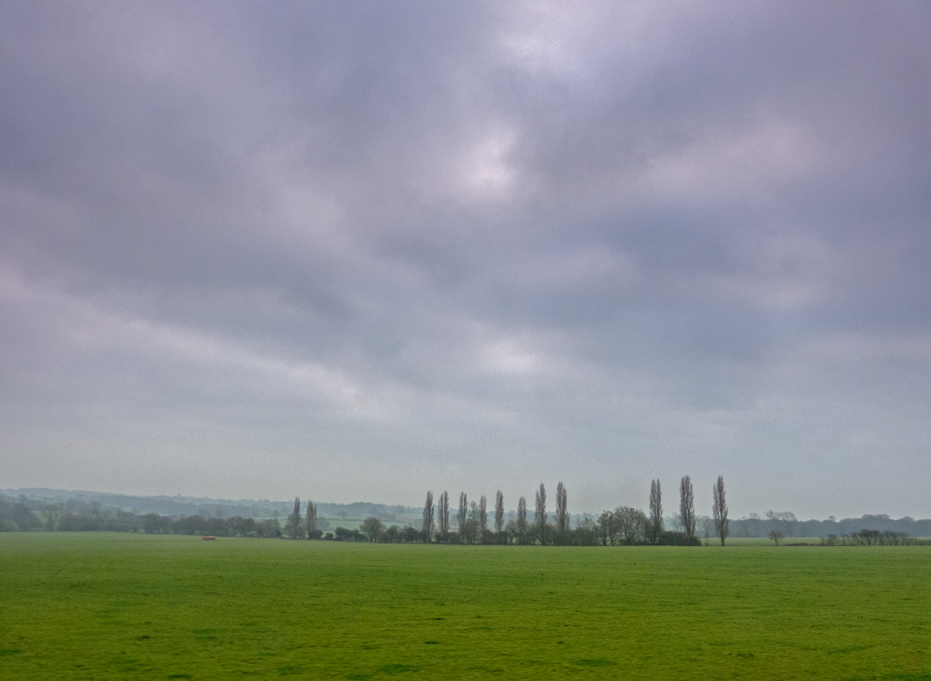 Then a distinct change in the weather on 20th December, with a front passing through as altocumulus drifted away eastwards, gave clear blue skies for the first time in many days: 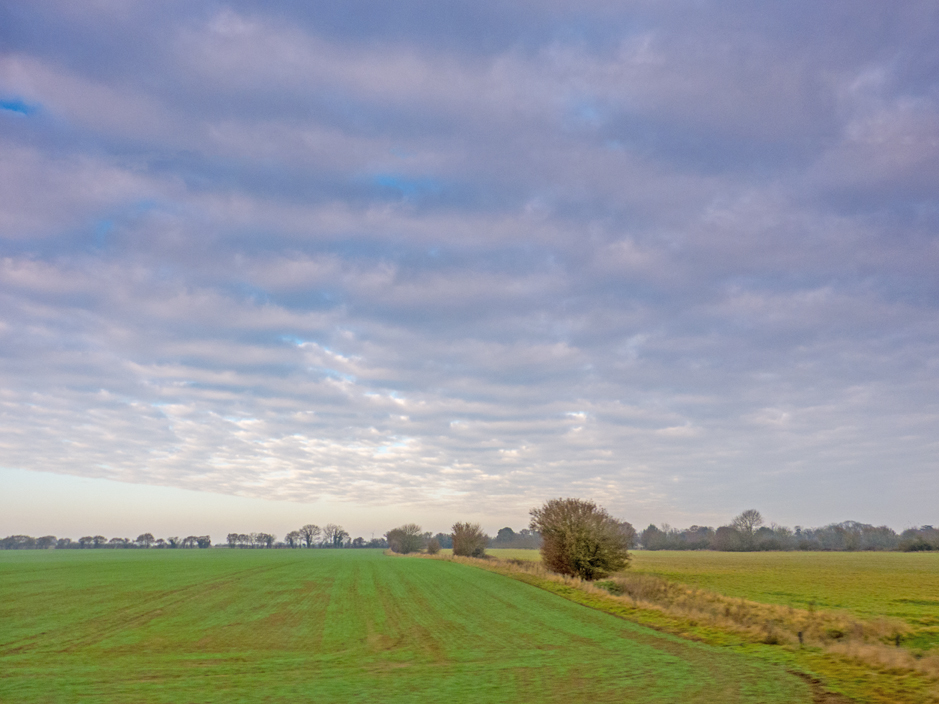 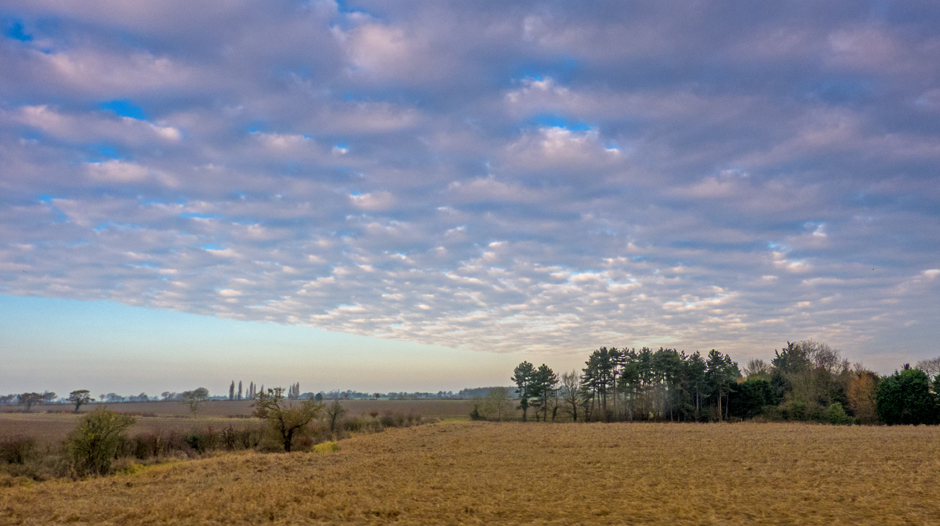 The view over New Hall School, just east of Chelmsford, promised a period of clearer skies but probably much colder ground temperatures (without the insulating layer of cloud): 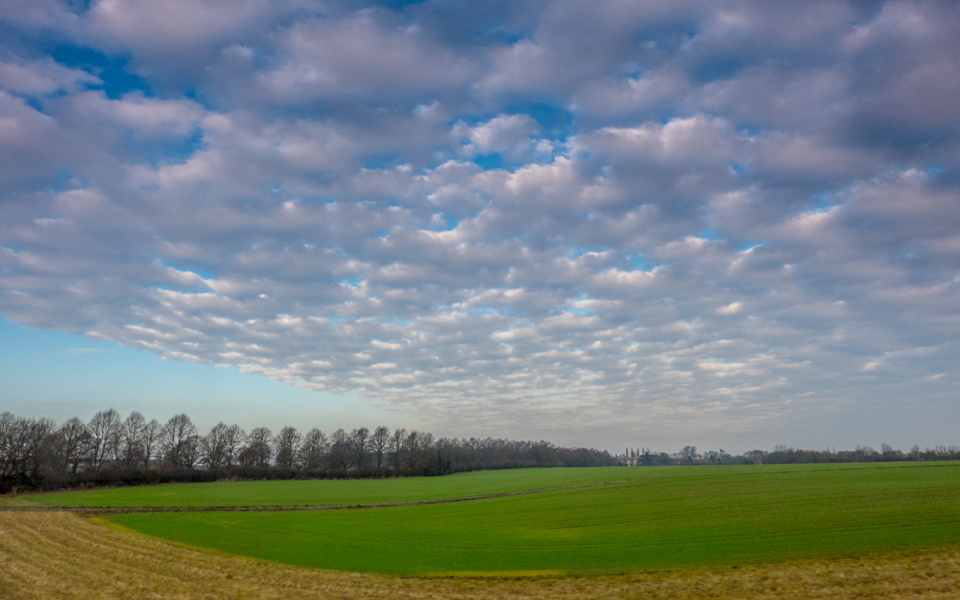 While the cows in the fields west of Chelmsford breathed steam into the cold morning air: 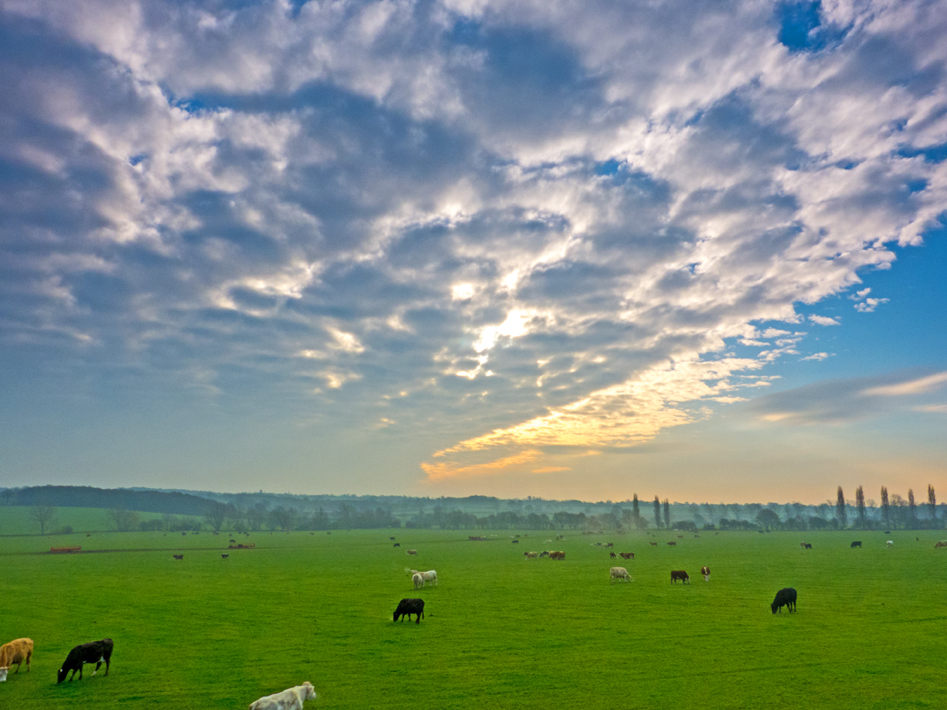 Then on 22nd December the skies cleared, the wind dropped, but the sunset hinted at wilder things to come as Storm Barbara (Storm Barbabra…??? Barbara is the name of a favourite auntie, not a killer storm, but then I’m no meteorologist so I bow to their more profound insight……….) swung towards the UK like a slingshot. This meant that sunsets over London City Airport were beautifully dramatic. I was joined on the Beckton road bridge by a father and 8-year old (?) son who had apparently been there all day photographing the planes coming into City Airport. My heart went out to the small boy forced to watch planes all day as his father captured the landing planes in “the perfect photograph” – that is until the next plane came into land. I had opened sympathetic discussions with the young boy about Sopwith Camels, SE5as, Spads and Spitfires when he commented dismissively that he “mainly liked modern jets” before photographing the next plane to land. He then corrected his father about the nature of the recently-landed jet, particularly with regard to its normal flight endurance and suggested that the most likely point of departure was Zurich. Clearly I was in the presence of an aviation expert, particularly as the father quietly observed to me, “I’m hoping that we can head off home soon – I’m freezing after being here all day.” 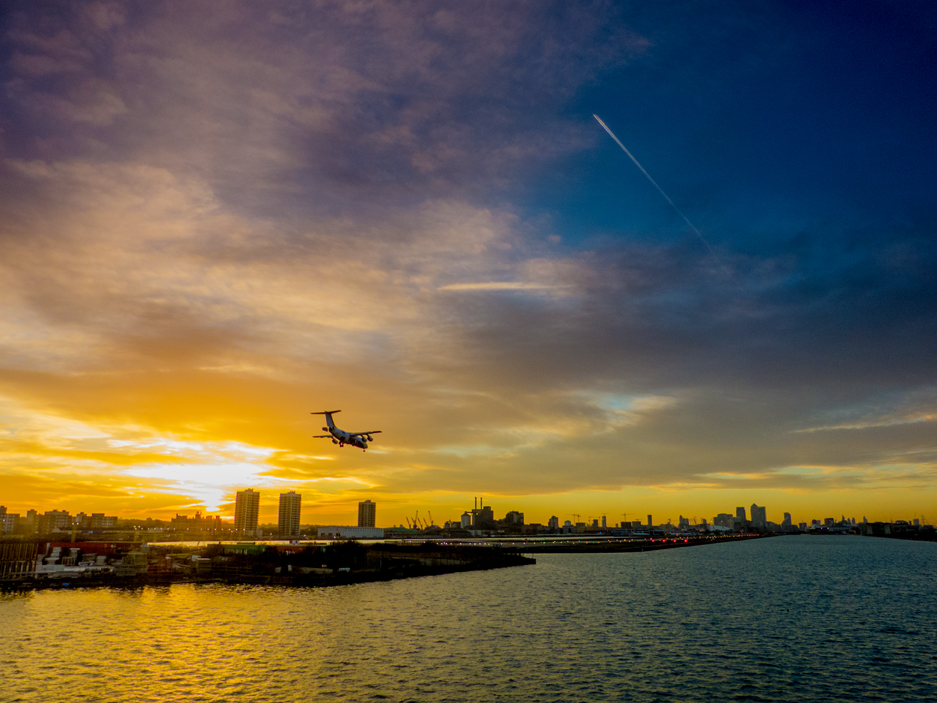 The sunset clouds really were rather glorious: 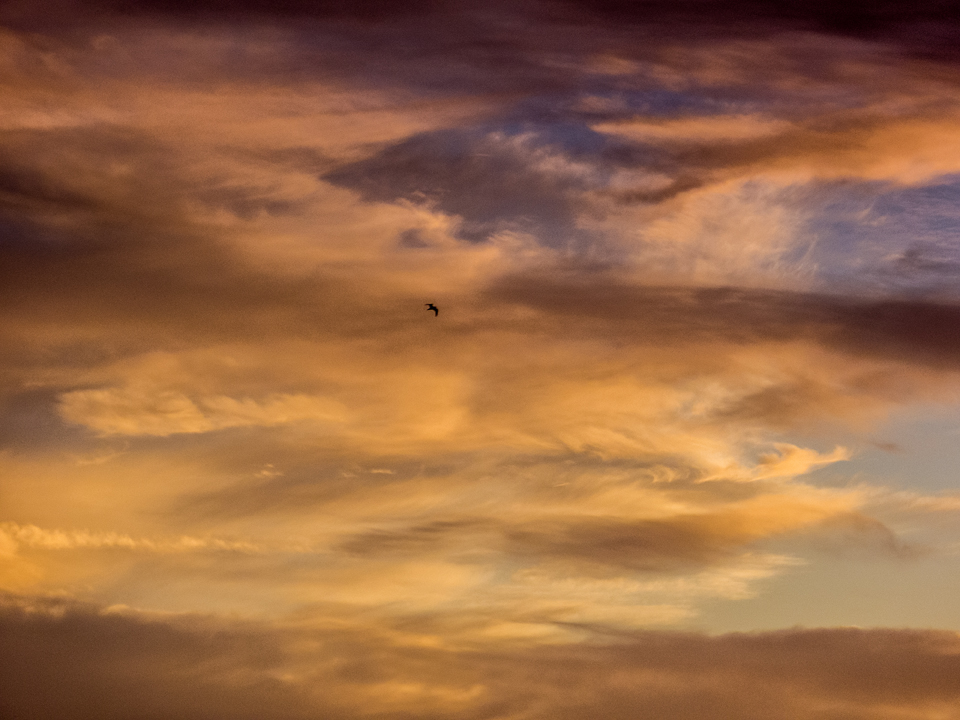 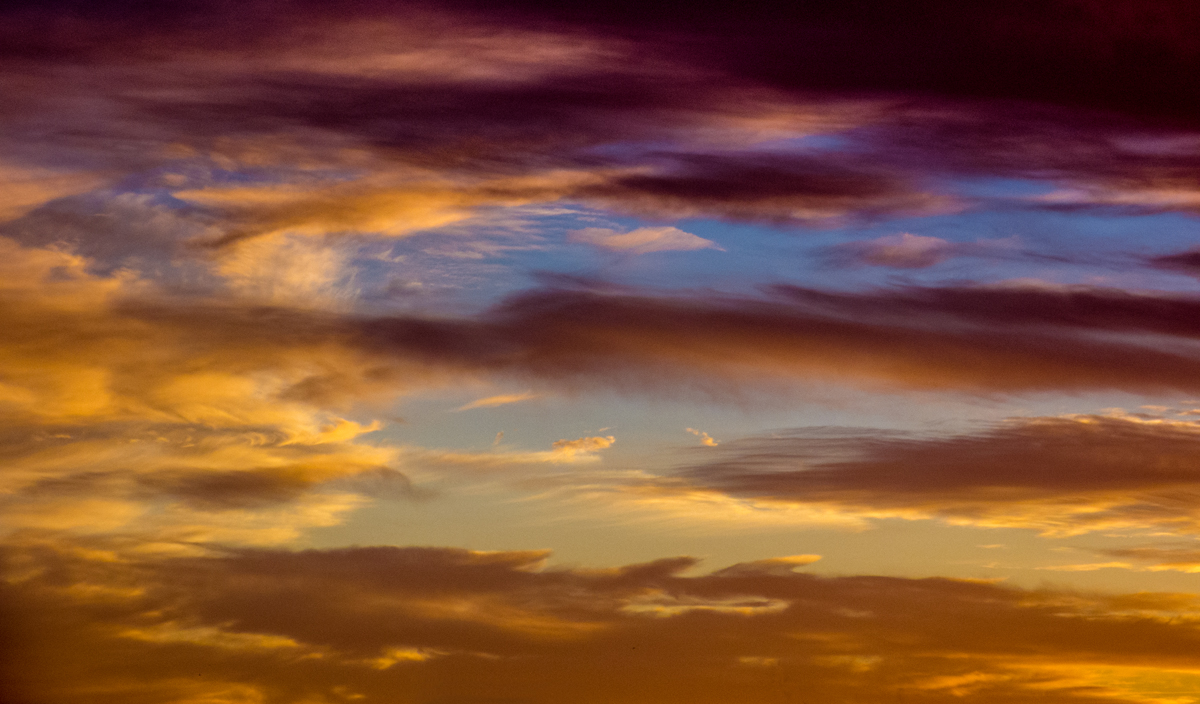 So I left the father and son duo capturing the final flights of the evening and headed off to Gallion’s Reach DLR Station and thence homewards: 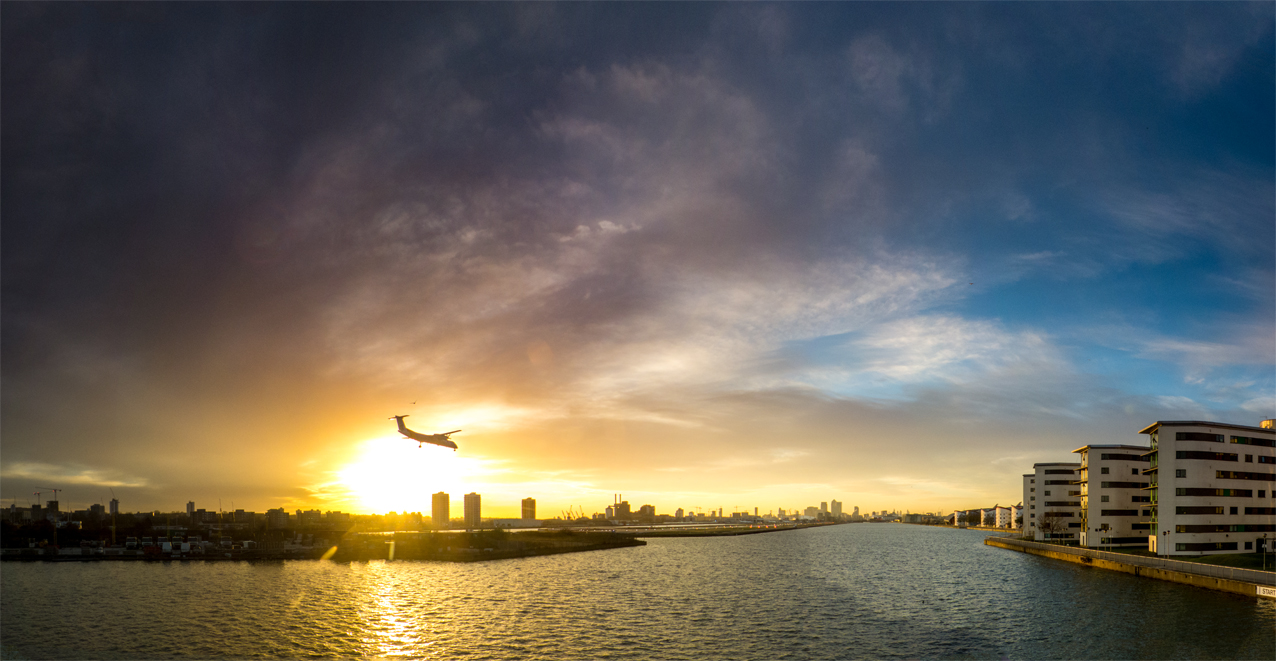