Having missed a couple of obviously-spectacular sunrises (and even more spectacular sunsets) during the past week, I was out in the pre-dawn darkness on the bike to catch the dawn either across the fields of Myland or along the Wivenhoe Trail. The fact that it was already drizzling as I left the house persuaded me that the nearby fields were the sensible option. Arriving at one of my favourite field corners, things didn’t look promising though at least it had stopped drizzling: 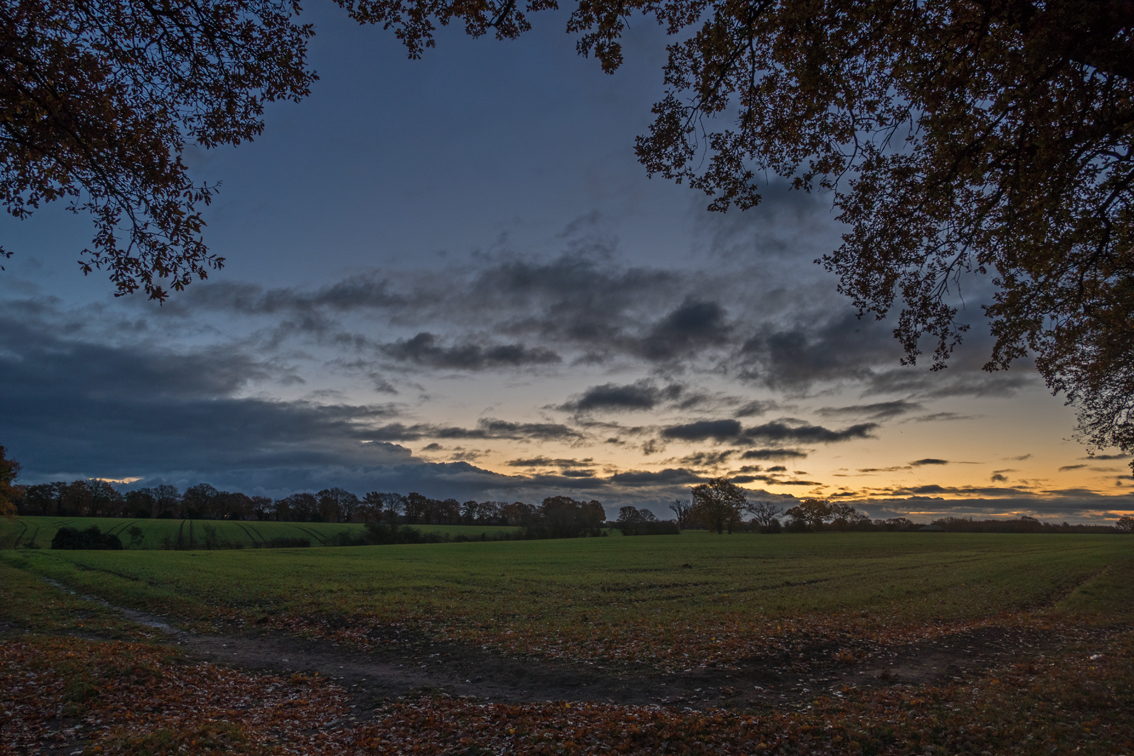 While the first glow of dawn was creeping up the eastern horizon, the sky to the west looked positively grim and menacing: 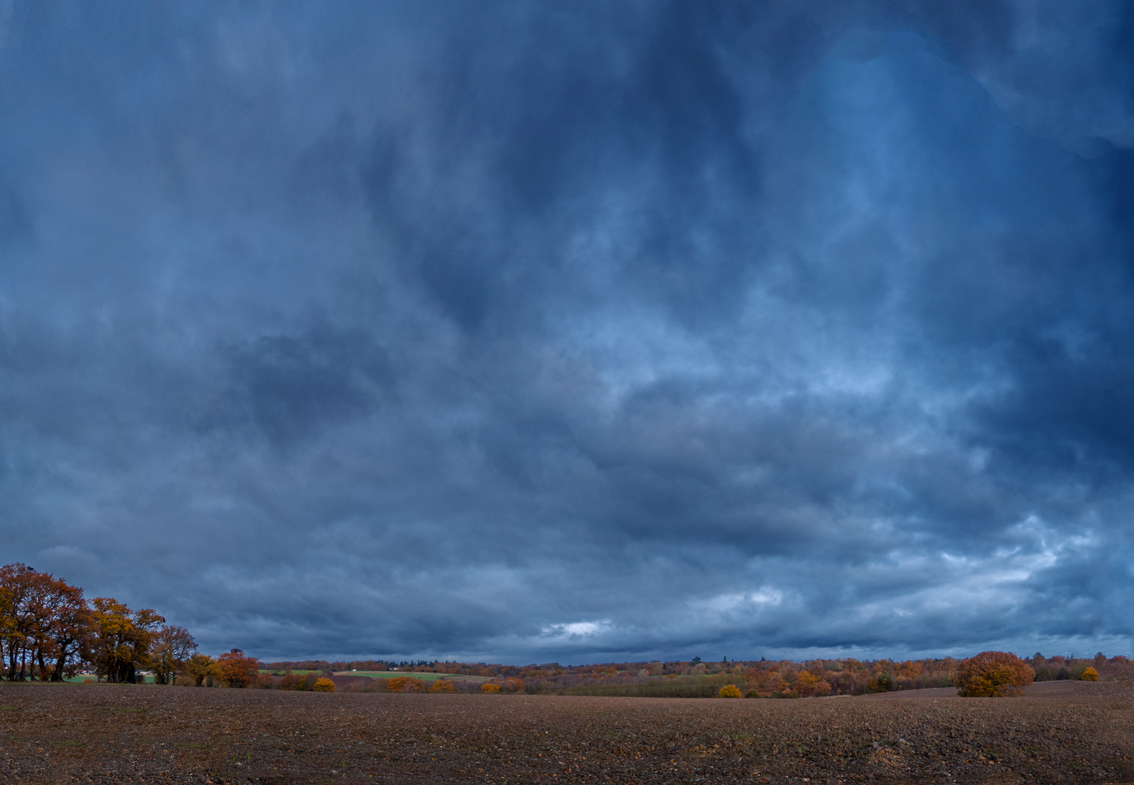 I stood around waiting for something interesting to happen but things just stayed stubbornly grey and gloomy as the dawn glow vanishing behind a thick bank of cloud. I was on the verge of giving up and getting on the bike when a glance behind, to the west, revealed large swathes of clear sky sweeping towards us: 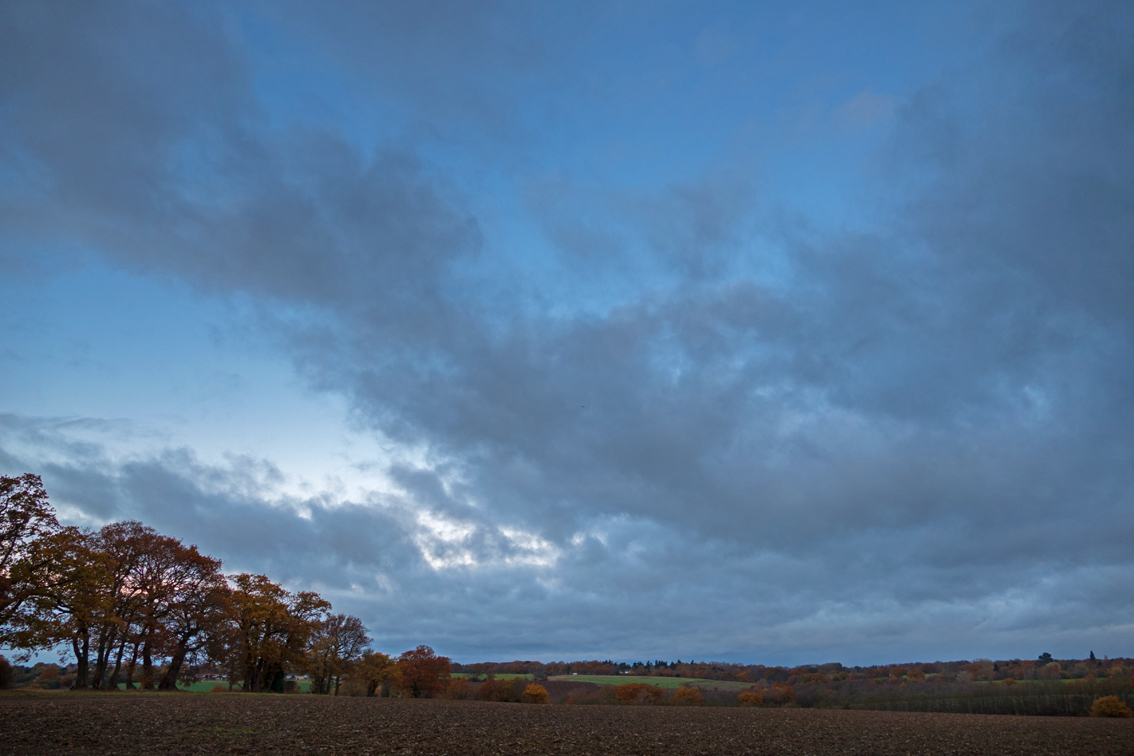 This offered some promise, so I decided to wait and see what would happen once this more broken cloud had passed overhead towards the rising sun. A strange pink glow made me turn back to the west and I was astonished to see a vast bank of salmon-pink cloud dominating the western horizon and heading rapidly in our direction (that is, the direction of me and the bike, which was now glowing as though it had been oven heated):

Everything began to take on a lovely pink glow as the cloudbank raced towards us even though, very curiously, the eastern sky was still stubbornly slate grey:

Suddenly, the sun burst through the grey blankets of cloud and everything took on a limpid golden hue while great coils of cloud soared overhead: 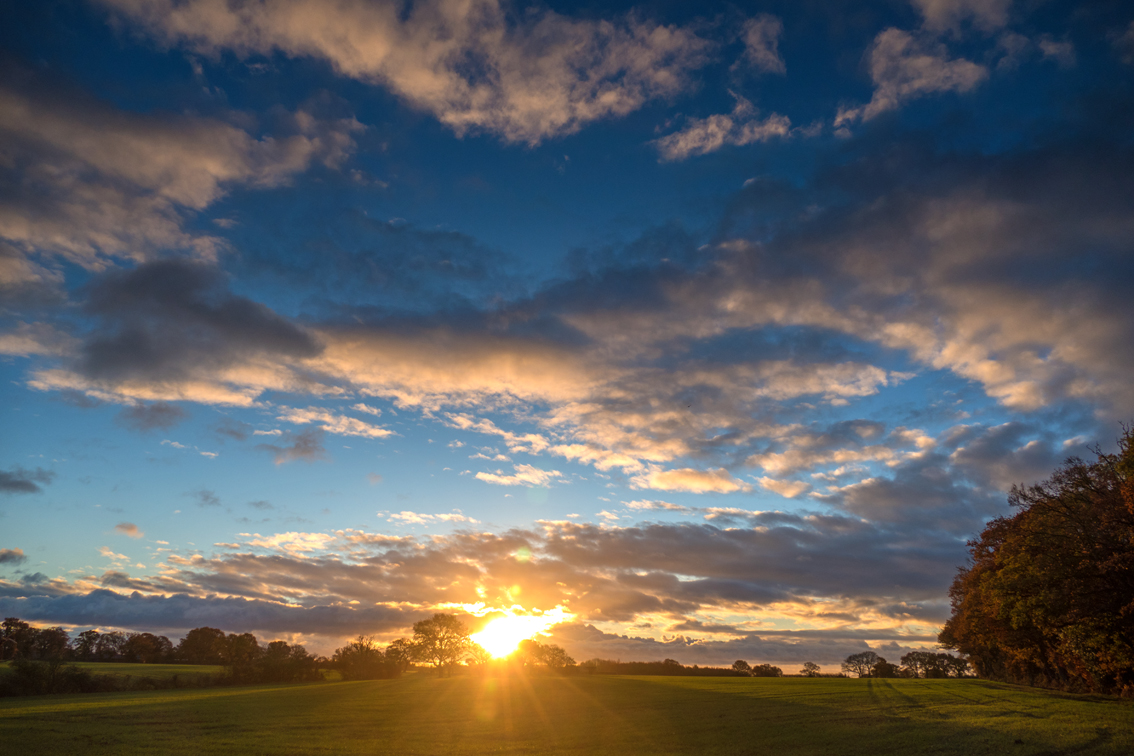 Looking back to the west, the salmon-pink cloud was hardening into a rather more ominous cumulonimbus capillatus anvil with a wet-looking darkness beneath:

Somehow, the sun managed to vanish again, and a glance back to the west revealed (not quite in the blink of an eye but astonishingly quickly) that a huge wall of cloud, heavy with rain, was heading straight for us: 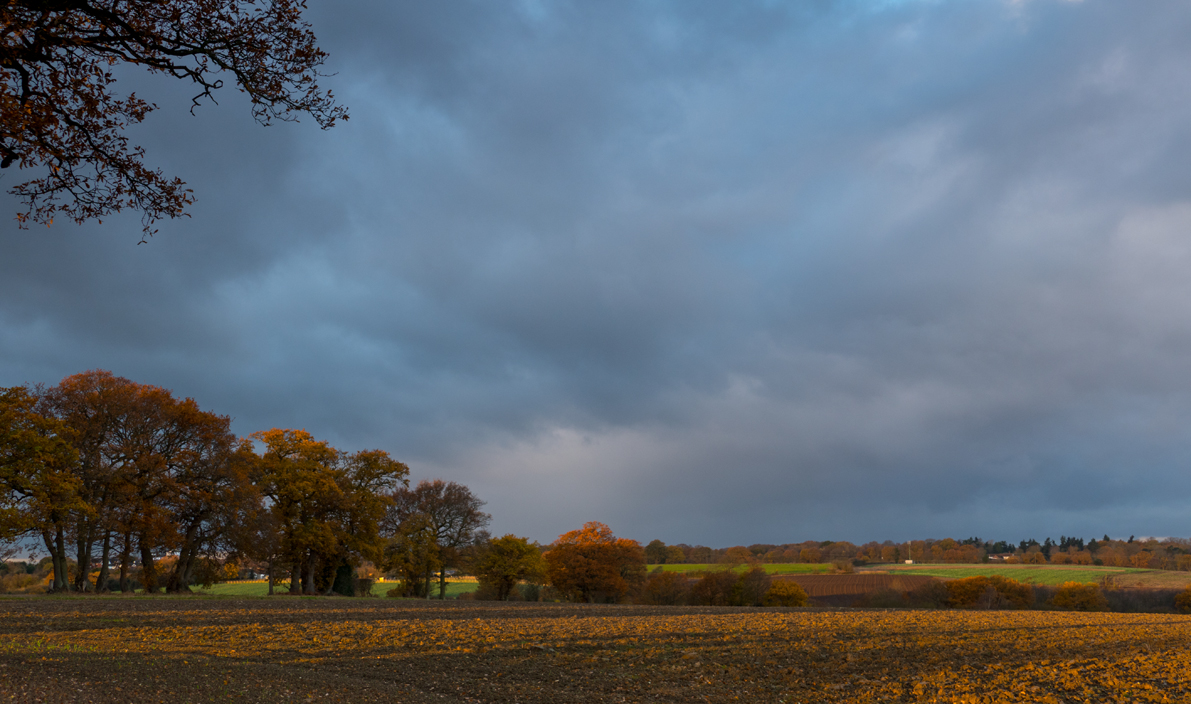 …and so the expedition ended as it began, cycling through grey drizzle. By the time I arrived at the university later that morning, the sky was clear and blue. Such is the nature of a passing weather-front.

And just to round things off, today was the Minories Christmas Market in Colchester, where once again I had a stall: 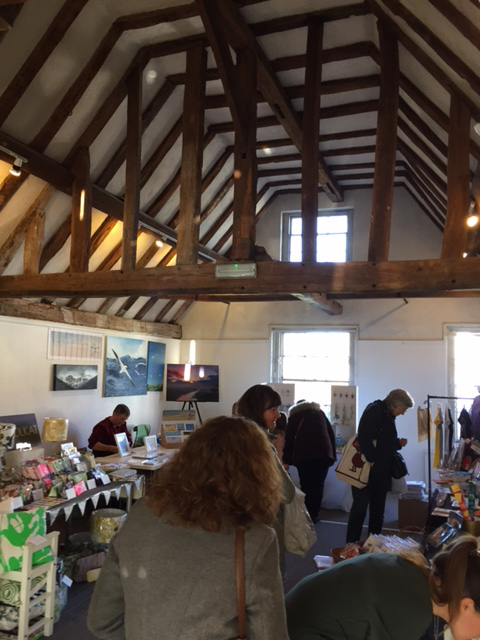 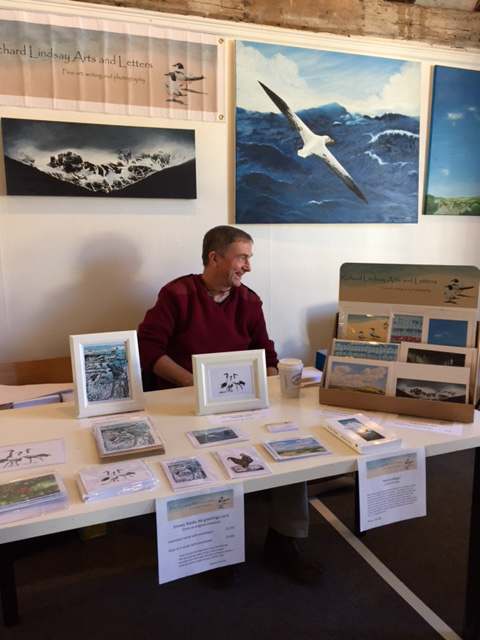 Many thanks to everyone at the Minories, and my great (family) team… 🙂
…and do visit my Etsy store if you were not able to enjoy the Christmas Market in person 🙂