The end of September brought a succession of weather fronts sweeping across London and Essex. When it wasn’t raining it was blazing sunshine (though mostly it was preparing to rain, already pouring down, or just easing off) so quick-change waterproof jackets or umbrellas combined with lightweight summer clothing were order of the day. Still, it made for interesting skies. The 25th began calmly enough, albeit with a complete layer of high thin altostratus cloud over the Colne Valley: 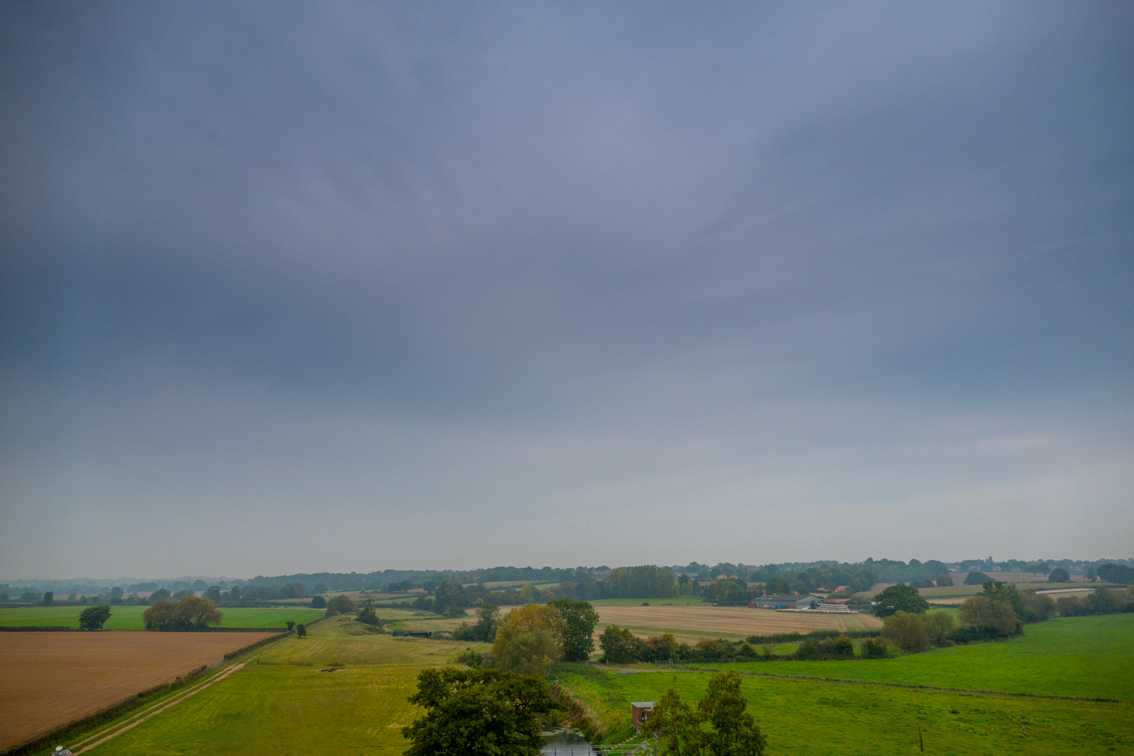 By the time we were leaving Chelmsford and gazing out towards Galleywood, the cloud was thickening noticeably: 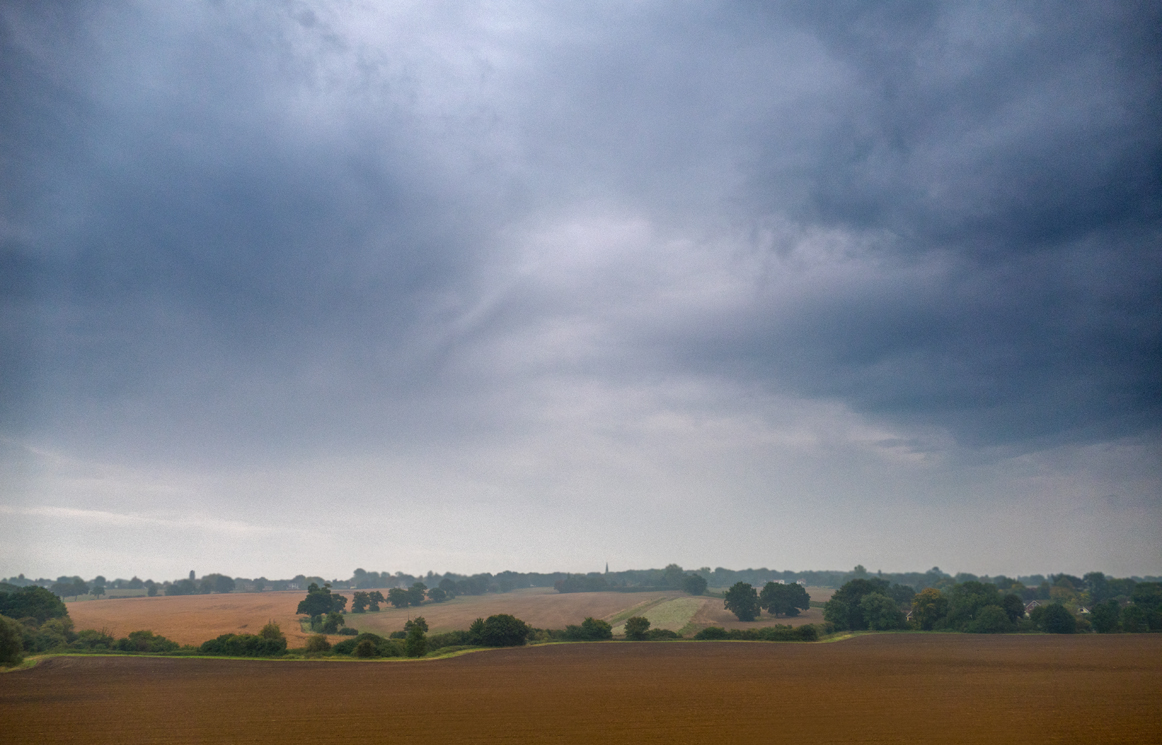 Coming into Ingatestone the cloud layer was starting to boil into something quite ominous: 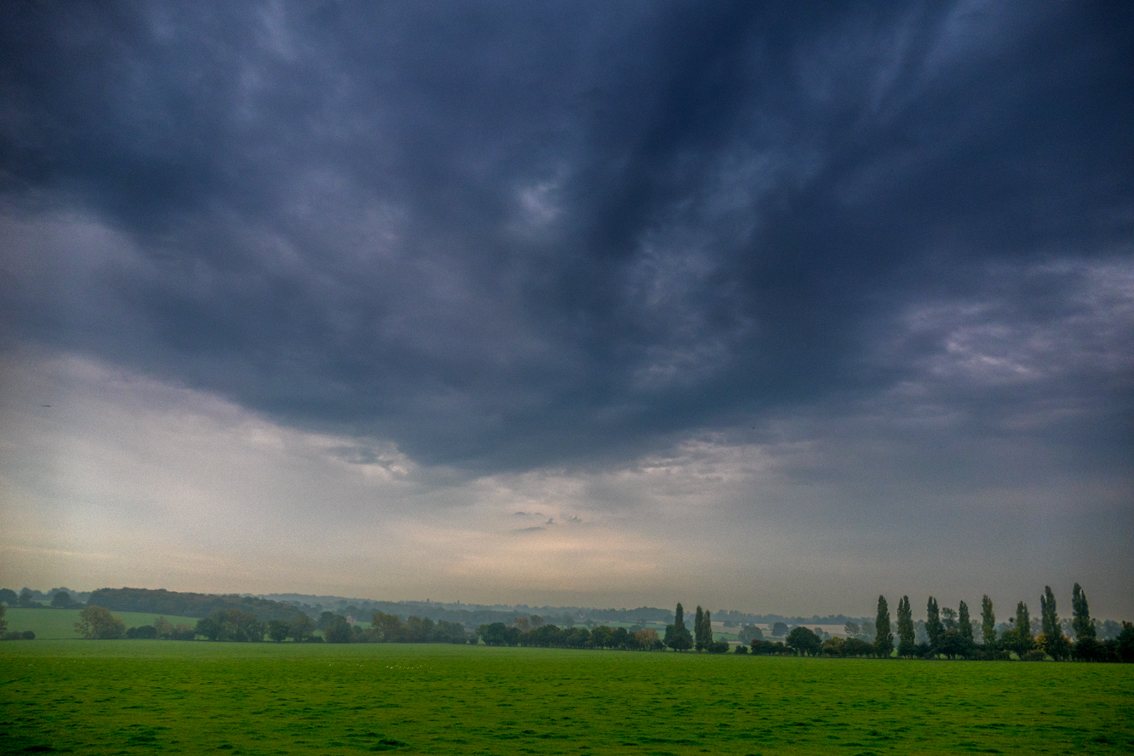 A bank of stratocumulus began to drift in beneath the altostratus as we passed the hills surrounding Billericay, threatening rain (two or more layers of cloud is never a good sign): 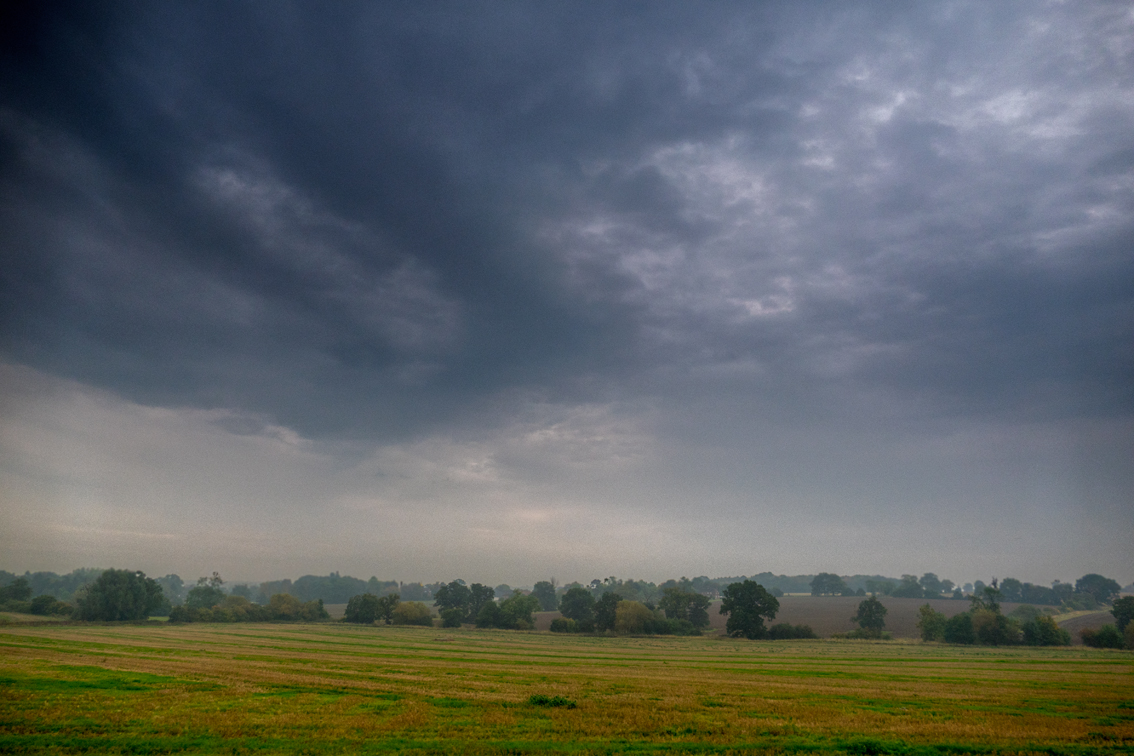 Sure enough, by the time I arrived at work there were heavy rain-showers sweeping up the Royal Docks.

The next day started with blue sky and billowing cumulus all the way past Witham: 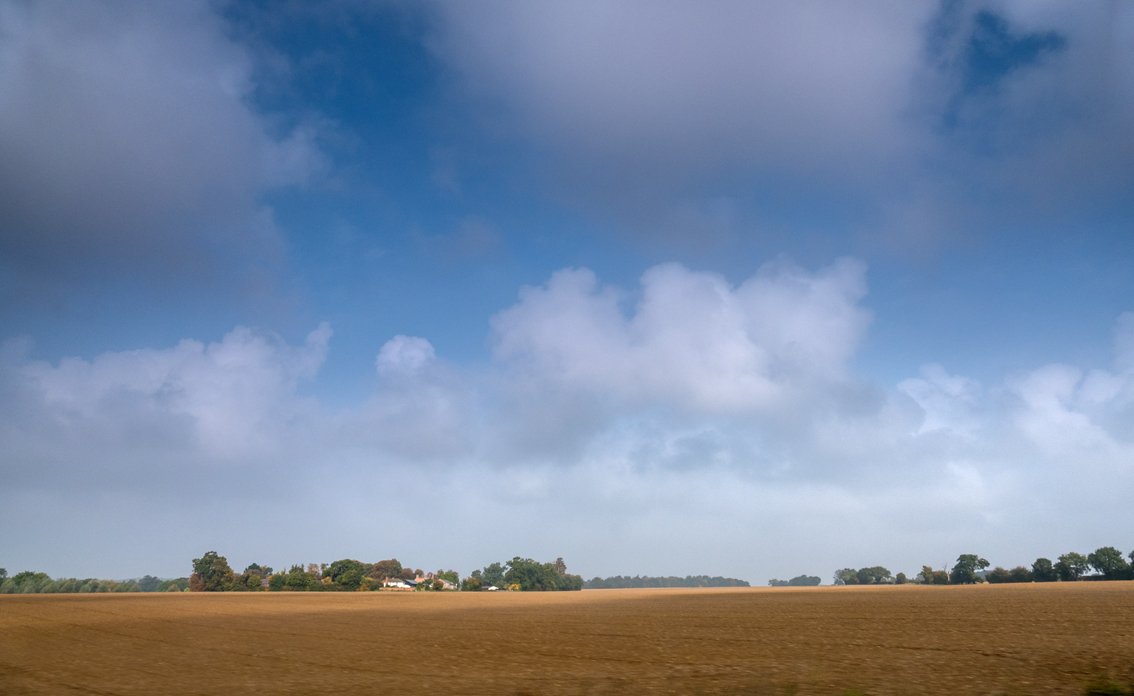 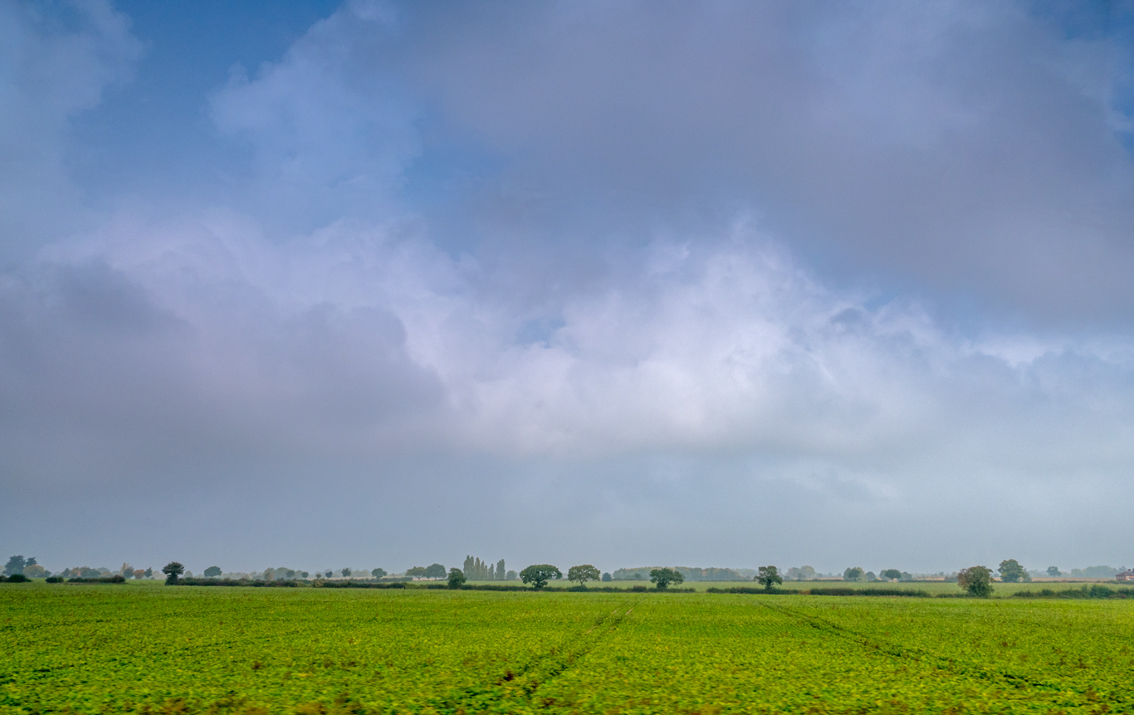 But by Chelmsford these cumulus clouds were building up into threatening towers of cumulus congestus mixed with a broken layer of stratocumulus castellanus, once again threatening rain-showers… 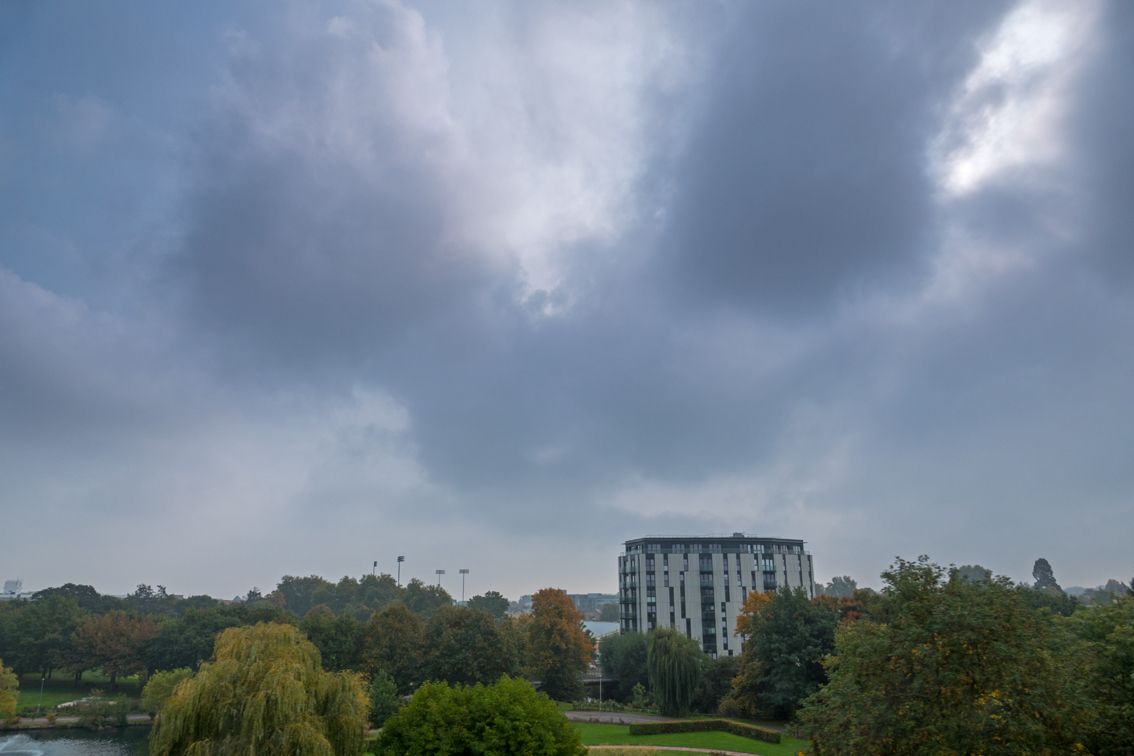 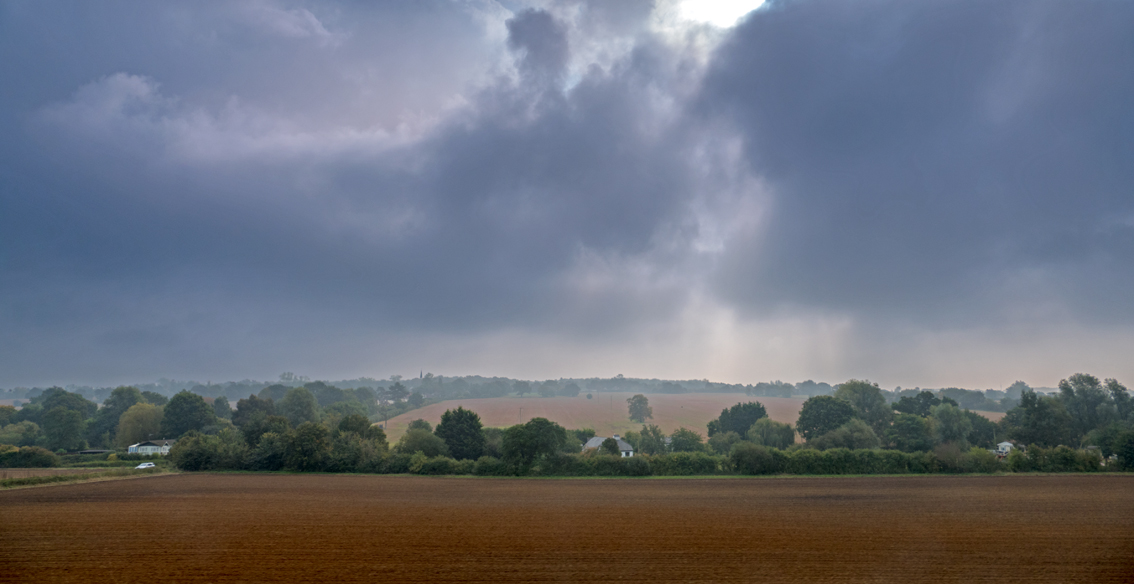 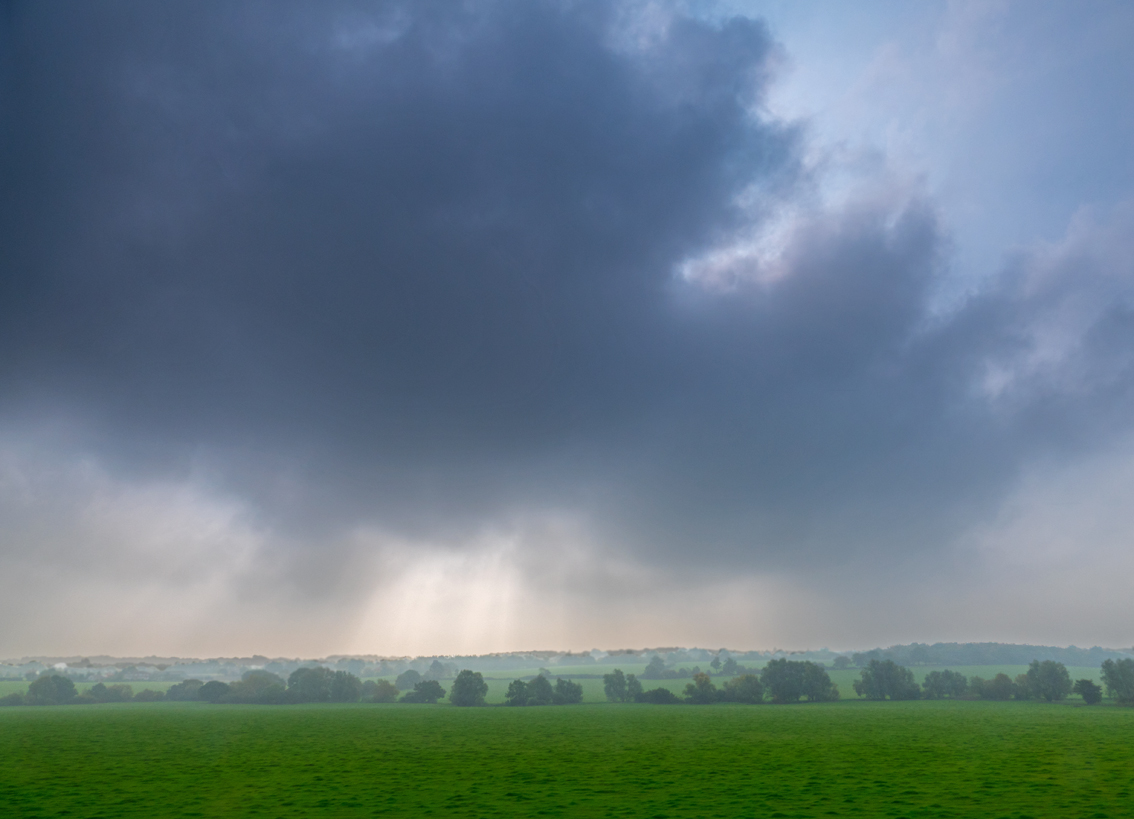 …until by the Lone Oak of Shenfield the first of these was sweeping in from the west:

Arriving at the Docklands Campus of UEL, the Royal Albert Dock was ringed by a series of drenching rain-showers while itself being bathed in bright sunshine:

The next journey with Abellio Greater Anglia was on 28th, and it again started with banks of stratocumulus piling up over the two poplars west of Marks Tey: 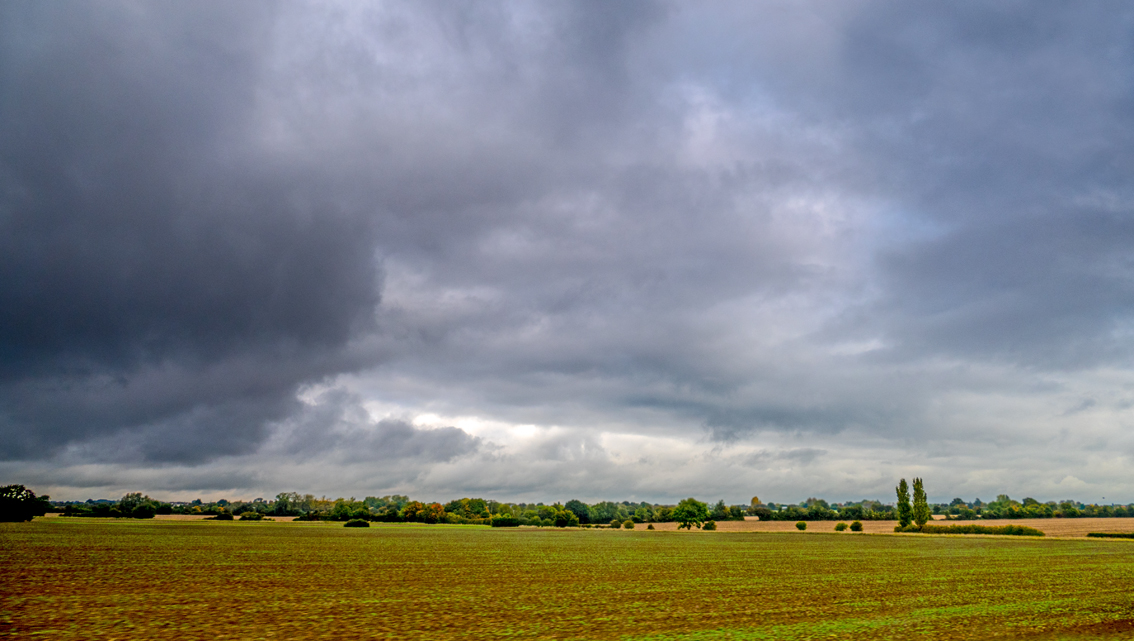 Then things cleared as we approached Chelmsford, but the long ‘mares’ tails’ of high cirrus scratching their way across the blue sky above the white billowing banks of cumulus presaged the arrival of Hurricane Irma (or at least her tail end) after her long journey across the Atlantic: 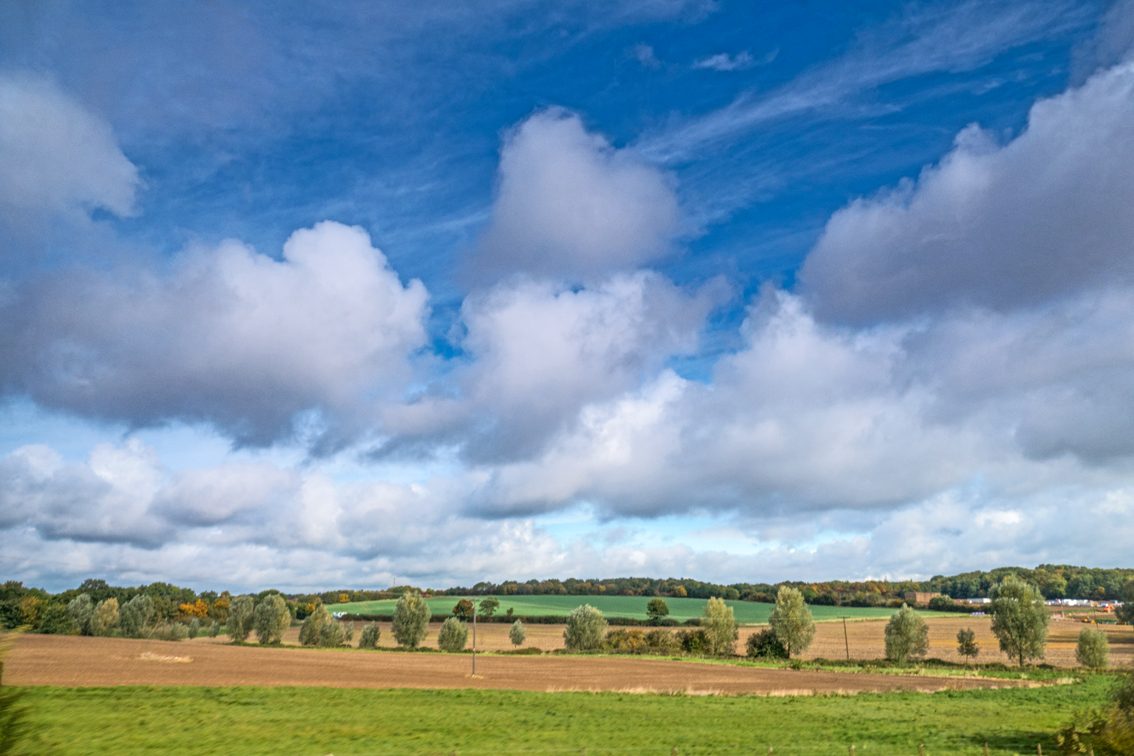 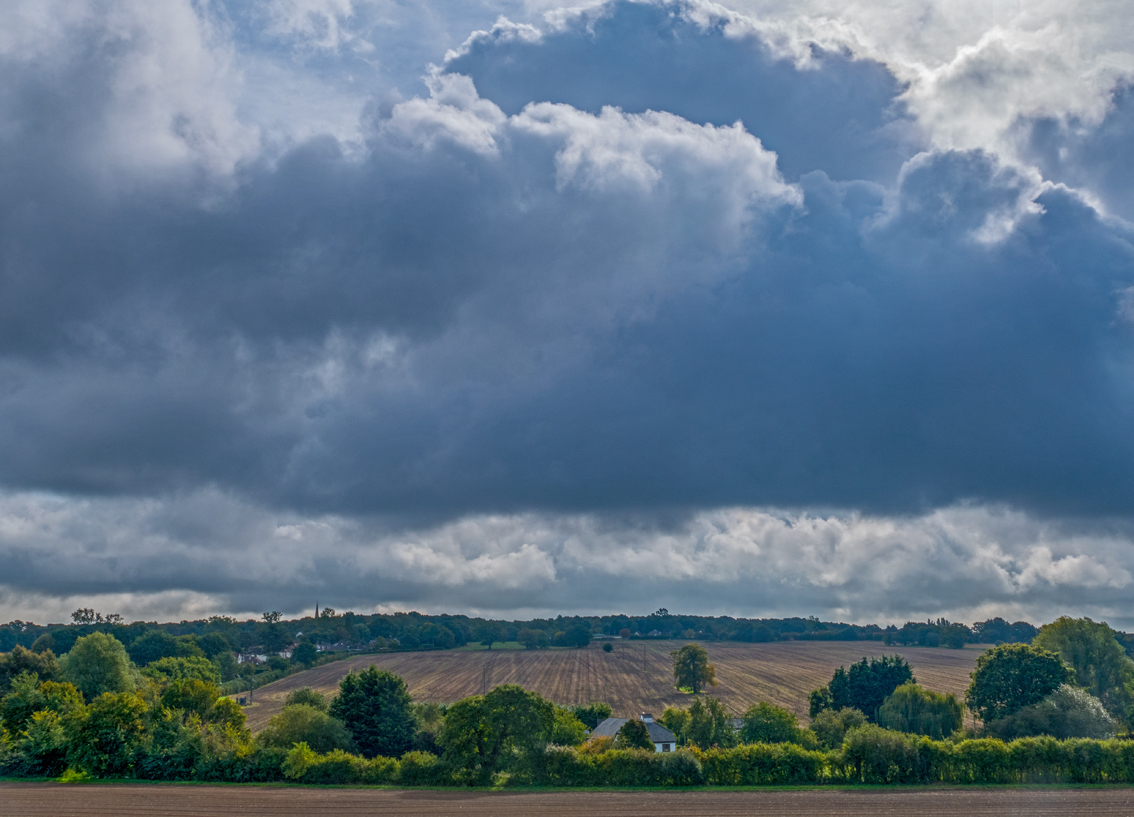 …but after that passed, the sky remained streaked with long ribbons of cirrus uncinus, promising strong winds in a day or so.

The evening journey was provided with a stunning backdrop of cirrostratus fibratus, lit by the setting sun, firstly over New Hall School east of Chelmsford, then across the fields to Hanson Aggregates: 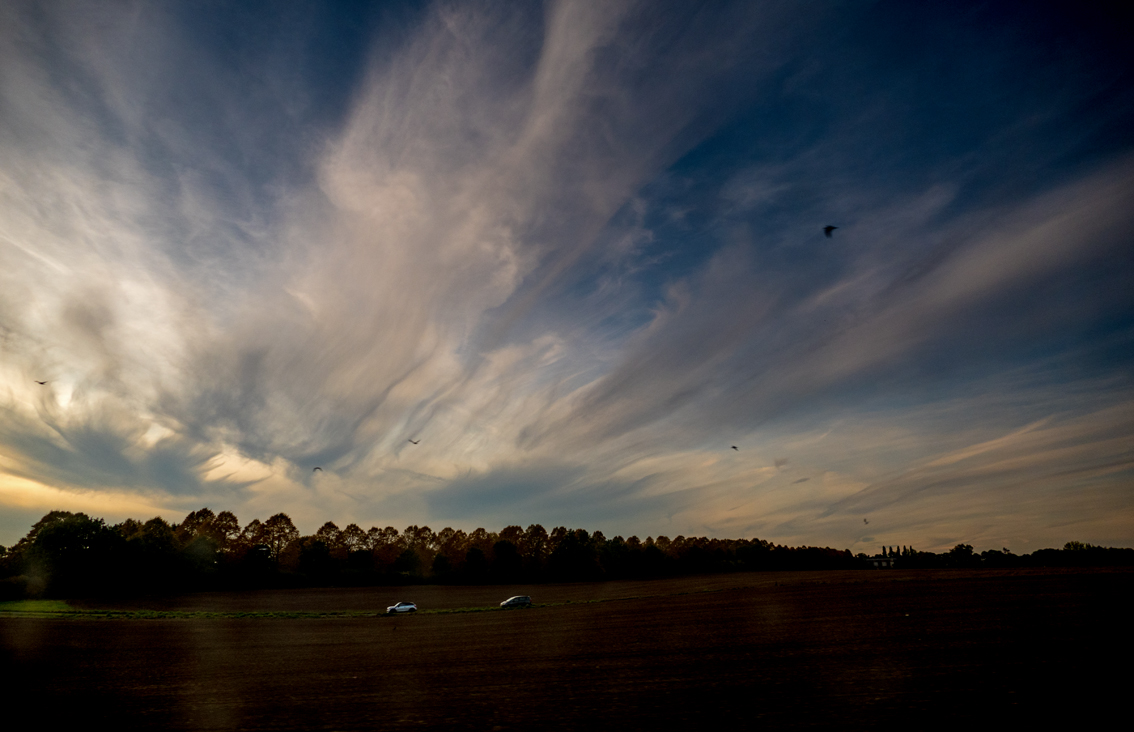 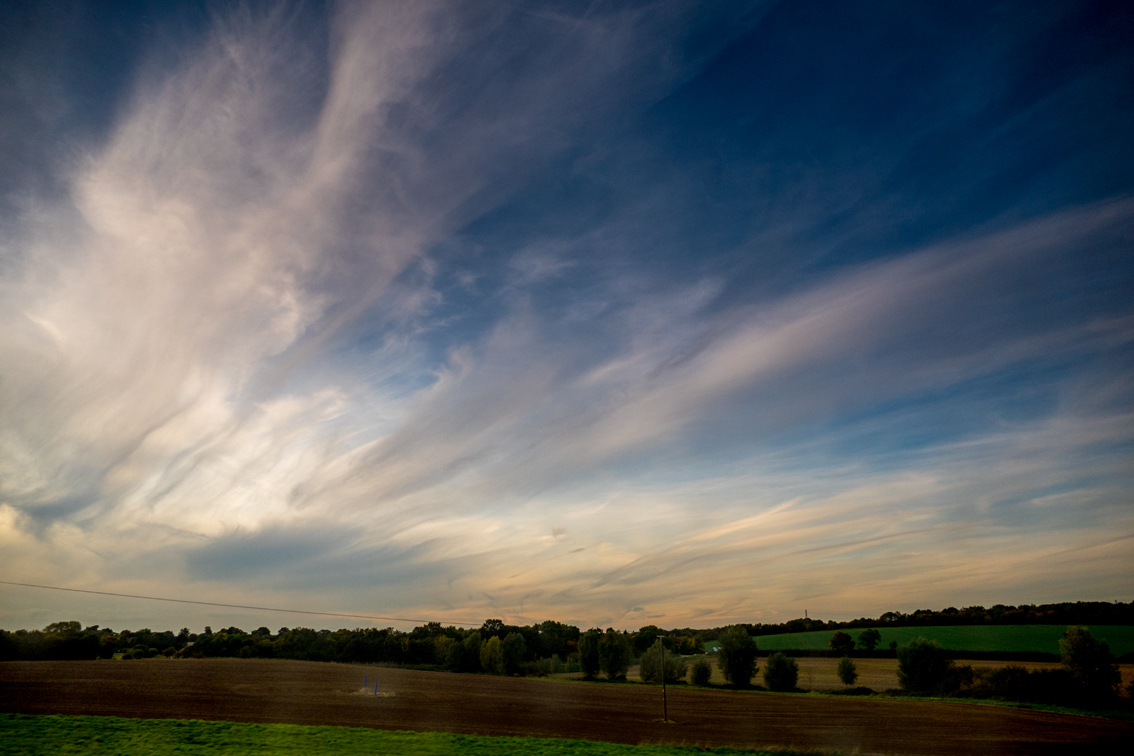 The sky over the fields west of Witham was darkening but no less spectacular: 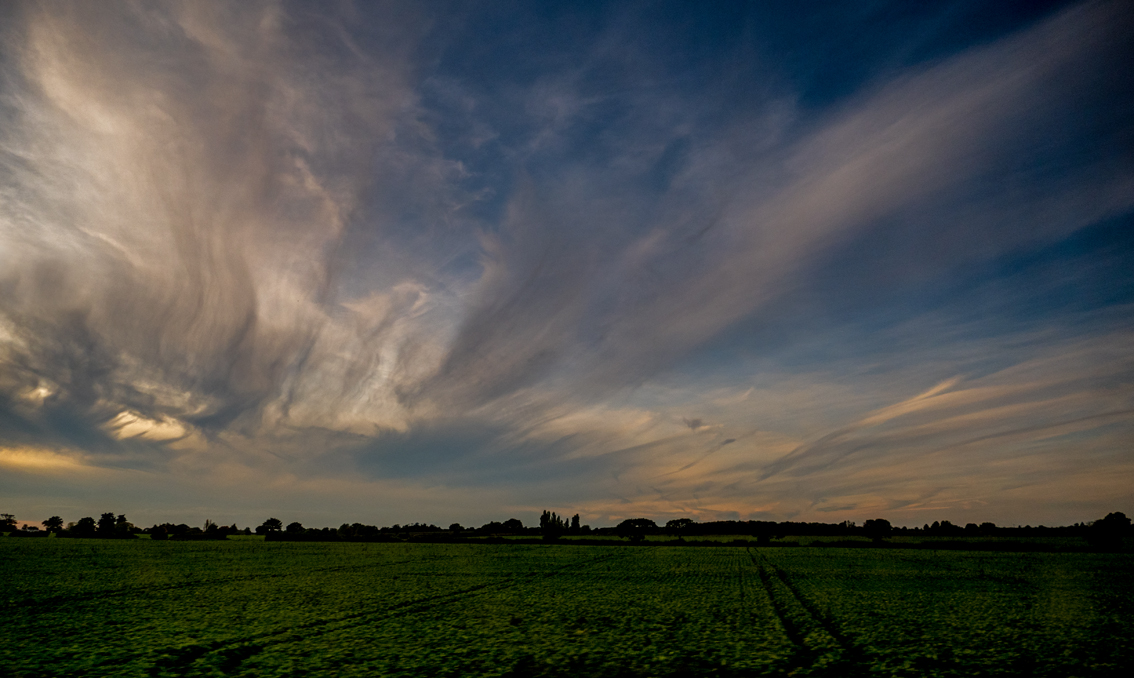 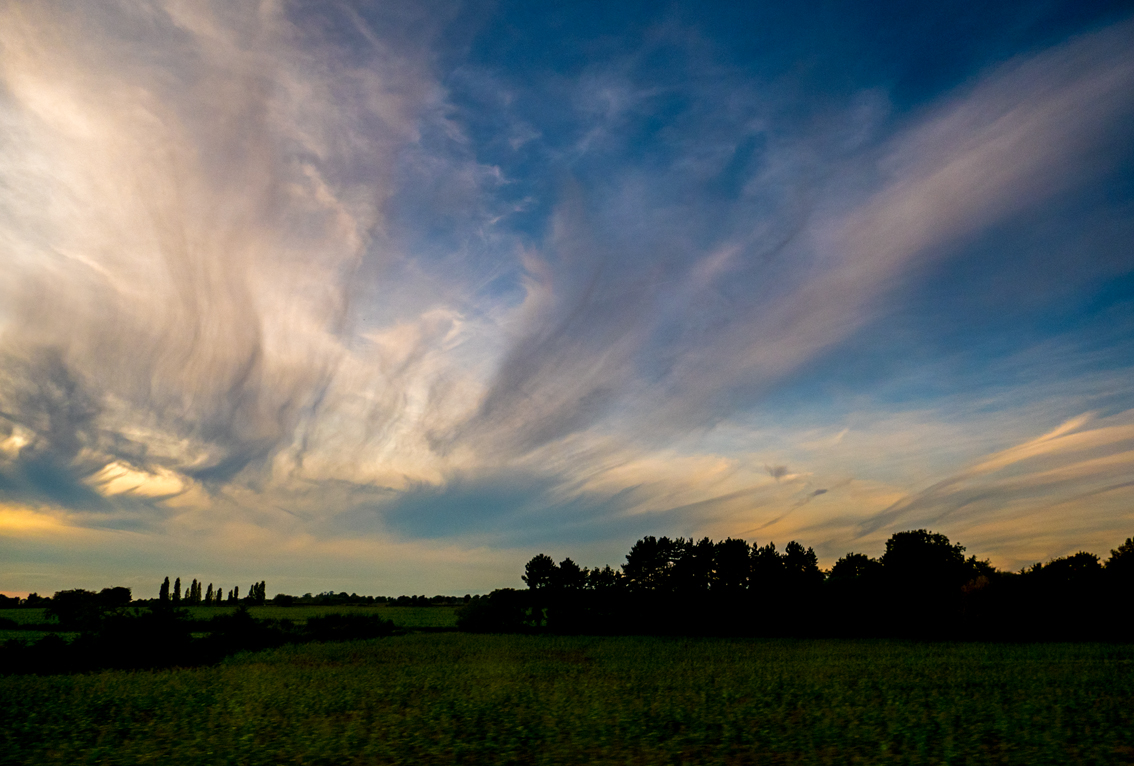 Then as we crossed the Colne Valley approaching Colchester it was clear that the sunset was due west of us and therefore possibly offered views along Colne Meadows: 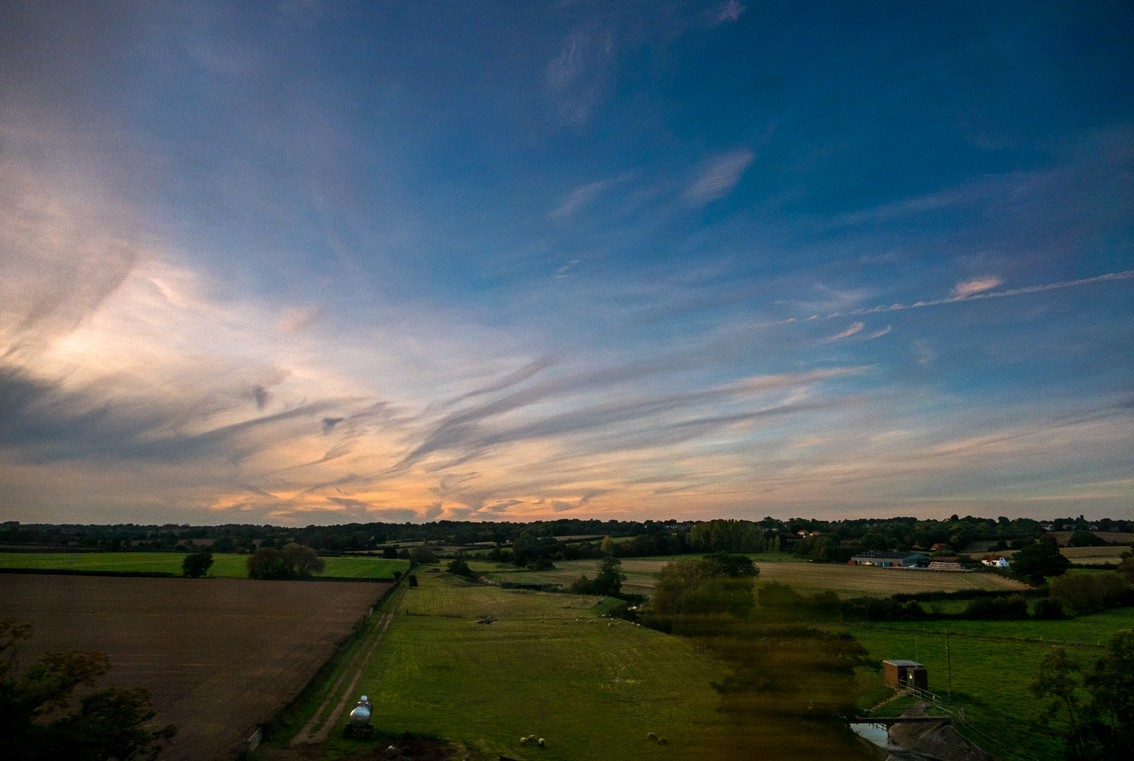 Consequently I hared off down the road from the station to the road bridge over the Colne, just in time to catch the last of the sunset (as usual, joined by several people on the footpath who had taken out their smartphones): 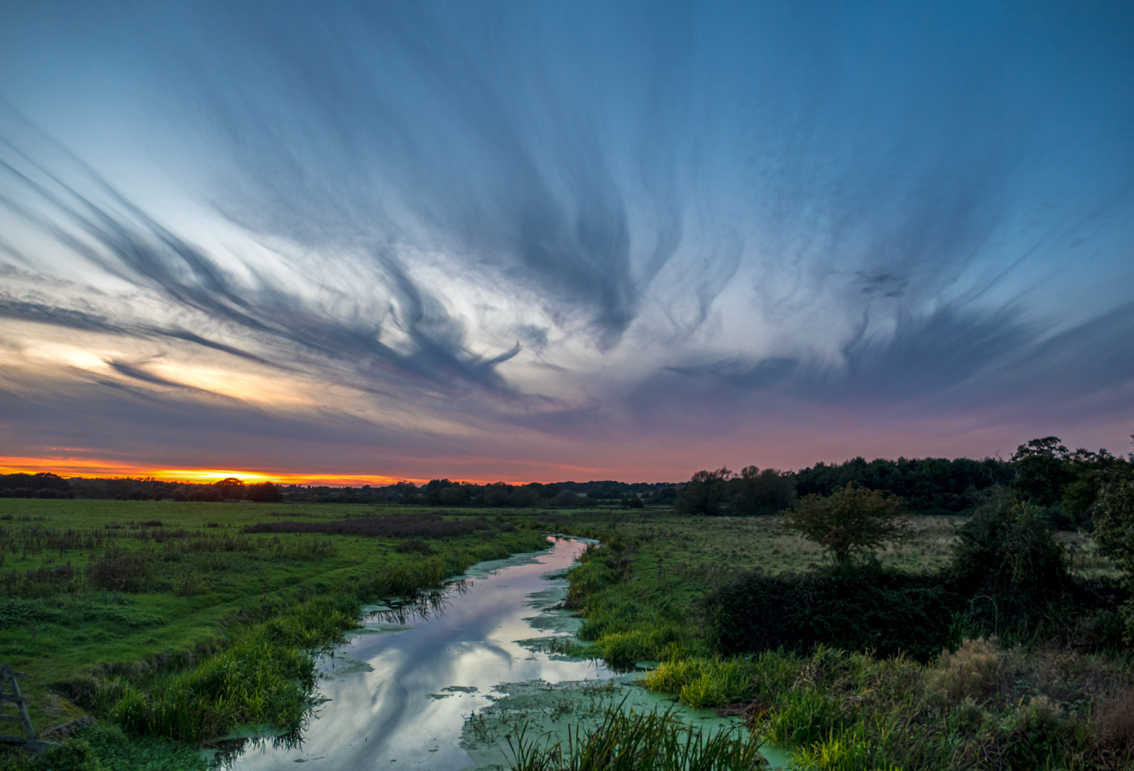 A last flash of salmon pink, and the sunset was gone: 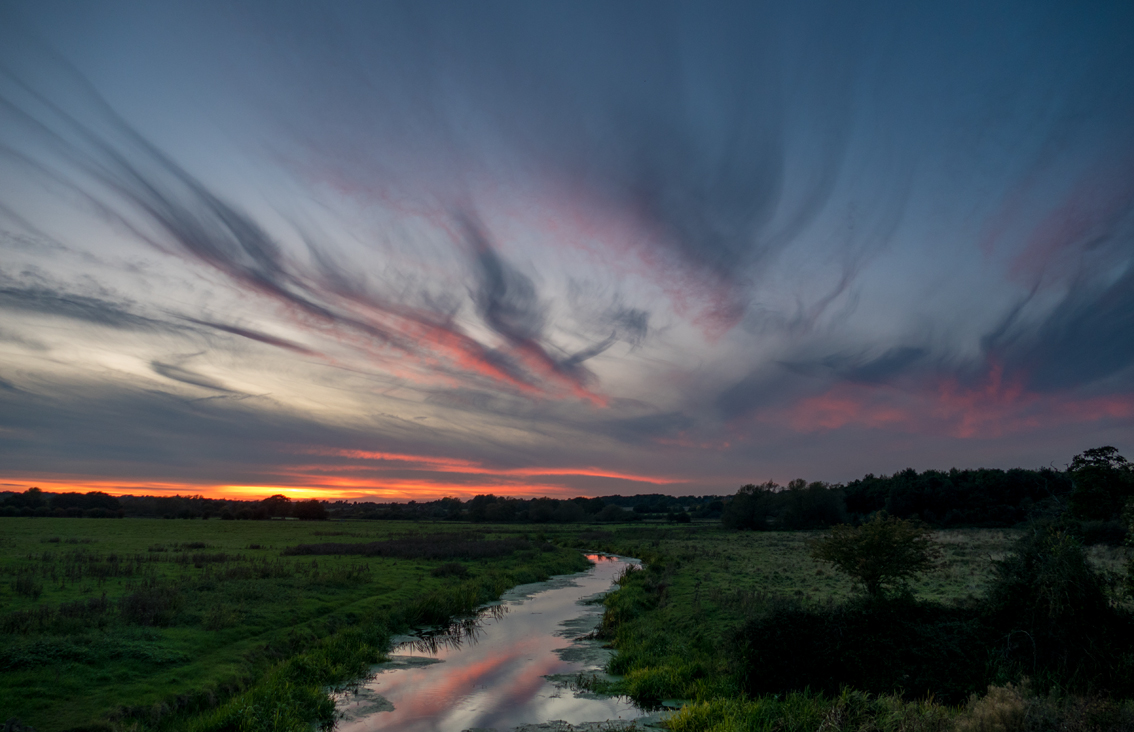 Sure enough, the next day brought driving rain with thick swirling blankets of nimbostratus rolling across the Essex countryside: 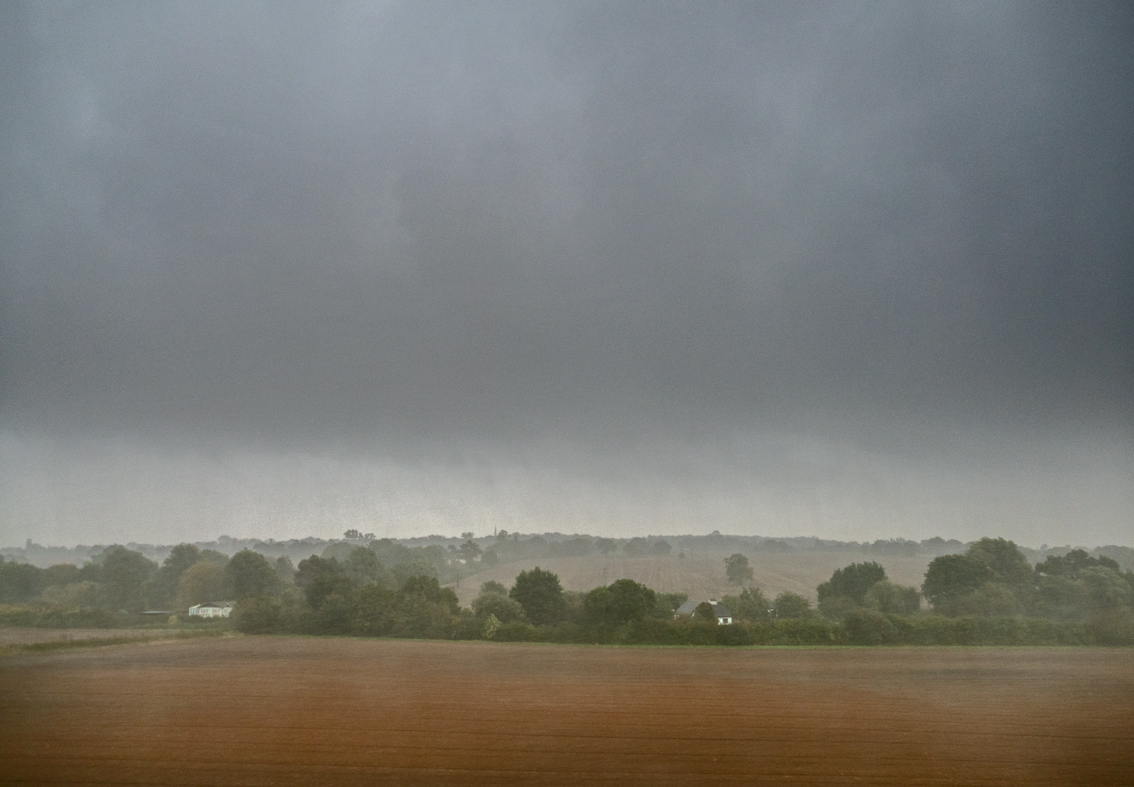 For those of you wondering about my blancmange blanket bog (see Peak District blog), you can see it on BogFest’s website along with many other excellent presentations, although mine specifically can be downloaded here (and I’m planning to put an extended version on the SRI’s blog page).