Trains chaos today so I was working at home and assumed that there would be no photography – especially as the weather was so grey and wet – but the wildlife came to me..!
I was just having a coffee break when I heard all sorts of screeching and swearing outside. Peering out of the living room window I saw two jays having a battle royal with a magpie – again!…(see previous post, along with robins, yellowhammers and all sorts…. Myland wildlife, Colchester 21st April 2016).
By the time I’d grabbed the camera (as usual, click on images to see larger versions) the fight had stopped and the jays were sitting in the branches of the oak trees opposite us, peering down at their tormentor, while the magpie strutted around looking as though it owned the small green around the oaks. 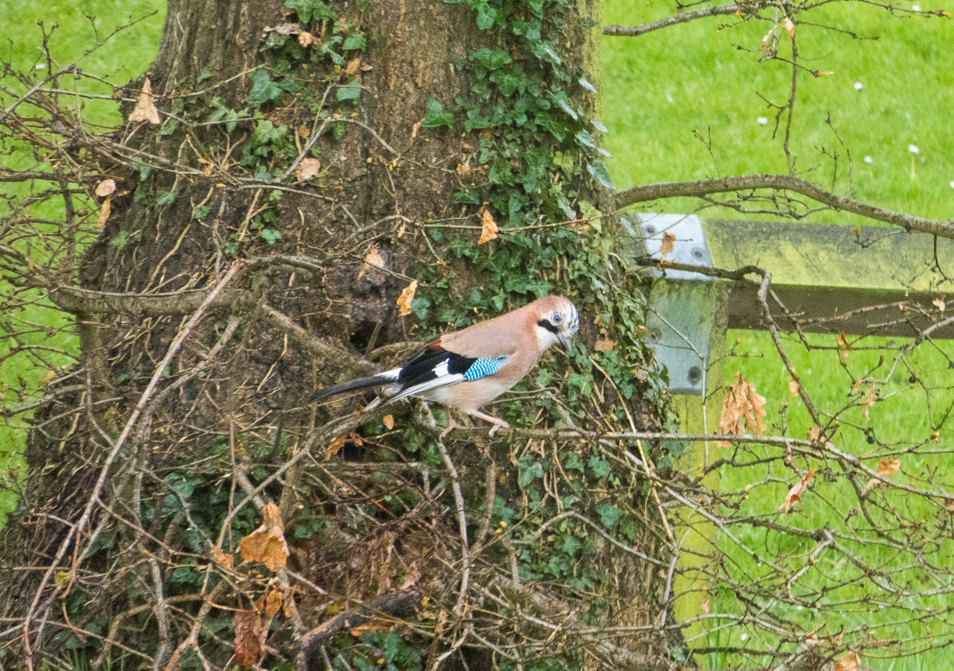 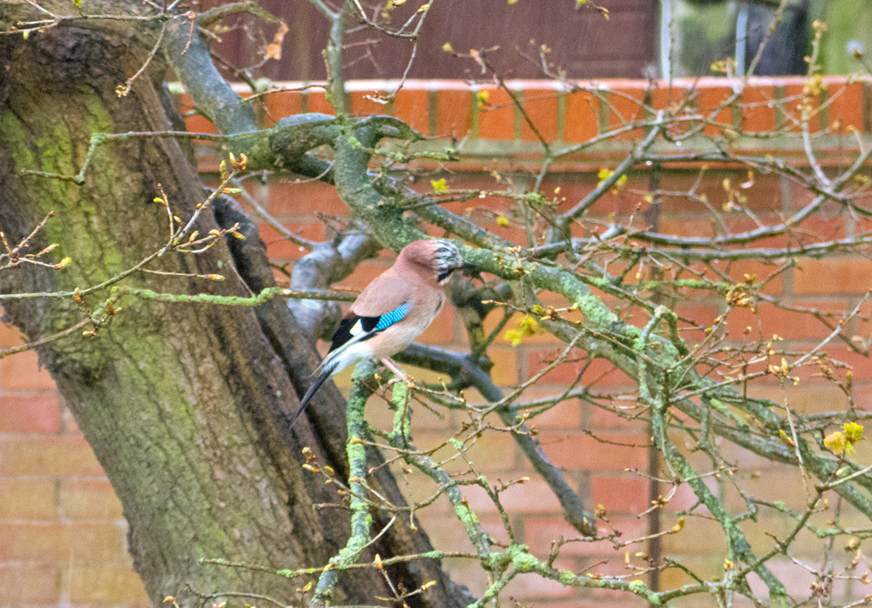 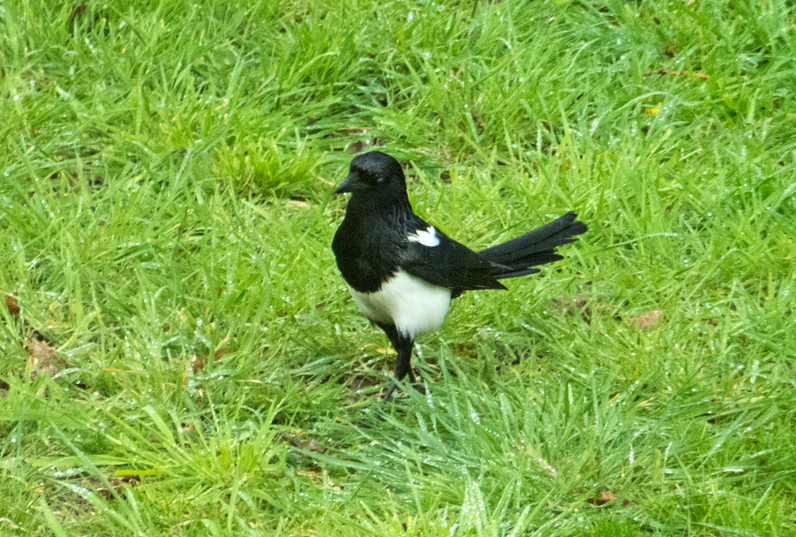 The magpie had a good poke around and found something edible: 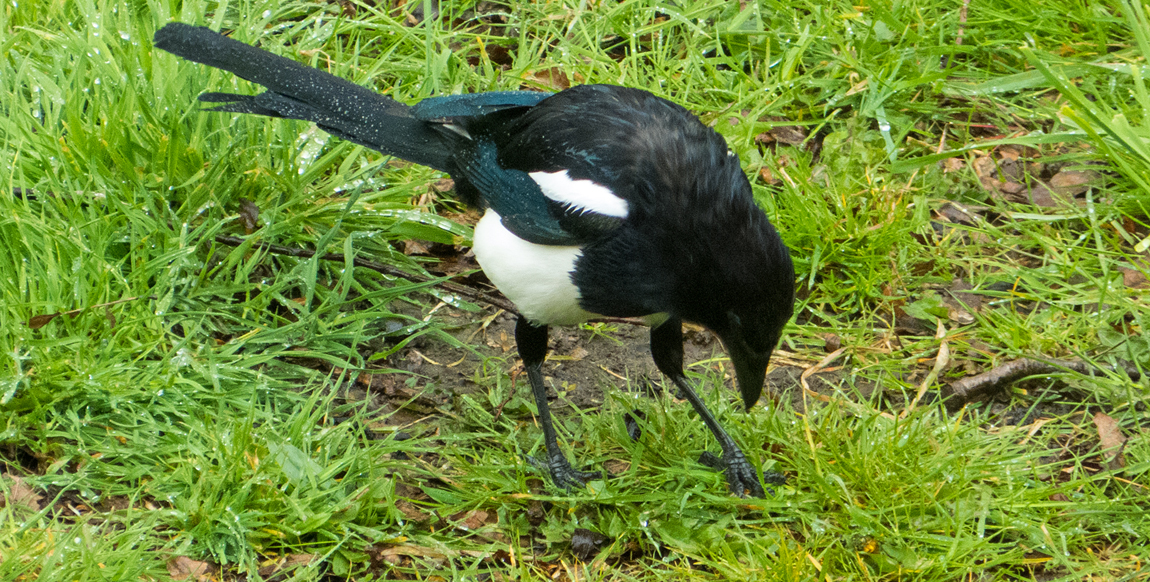 Then a couple of wood pigeons came crashing down onto the green and proceeded to do a ‘Lambeth Walk’ beside each other before piling into each other with no holds barred, then doing the Lambeth Walk again – really quite funny, although I’ve never seen wood pigeons act with such venom before; 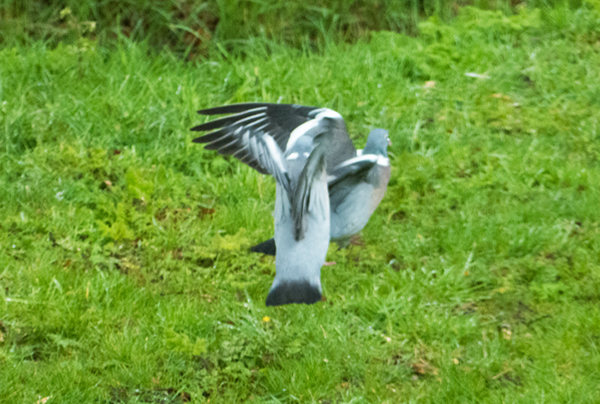 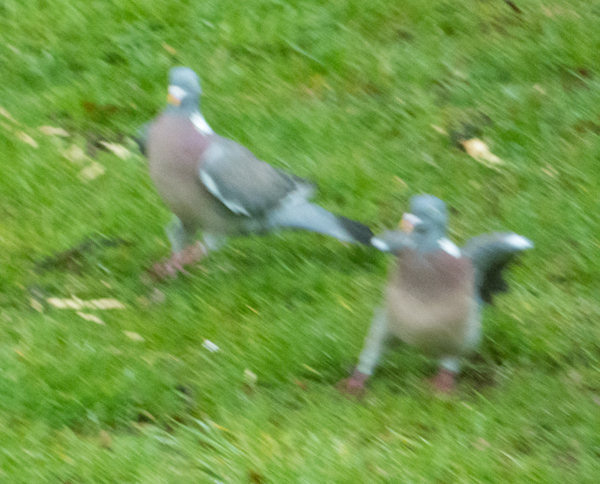 This was too much for the magpie, who flew off to taunts from the jays.
One of the jays then started poking around in the ivy covering one of the oaks, apparently finding something juicy: 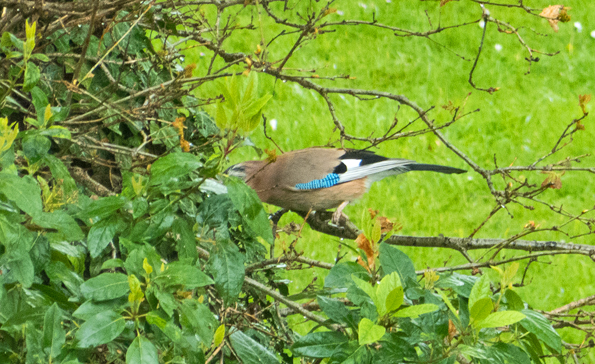 The other jay stalked along the ditch at the foot of the oaks, tossing leaves aside: 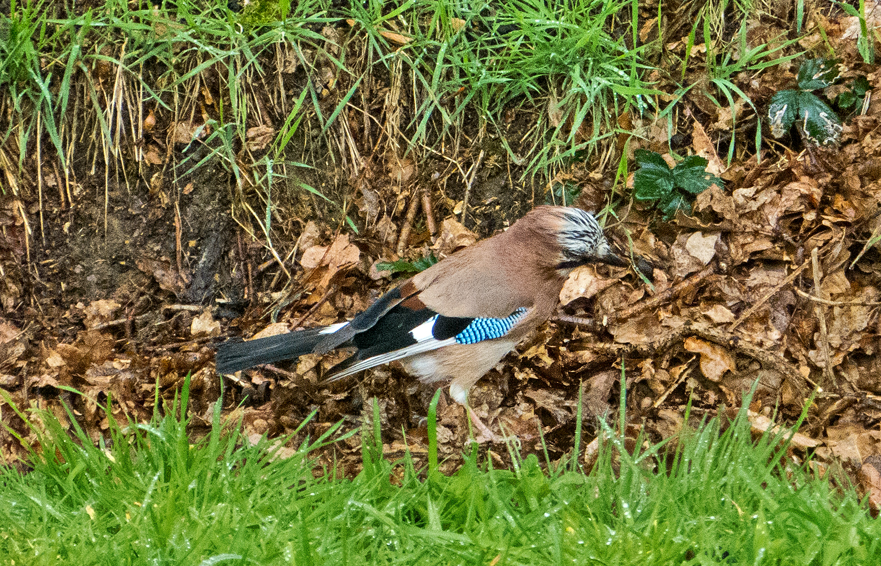 Then it hopped up onto the green and started looking intently for something: 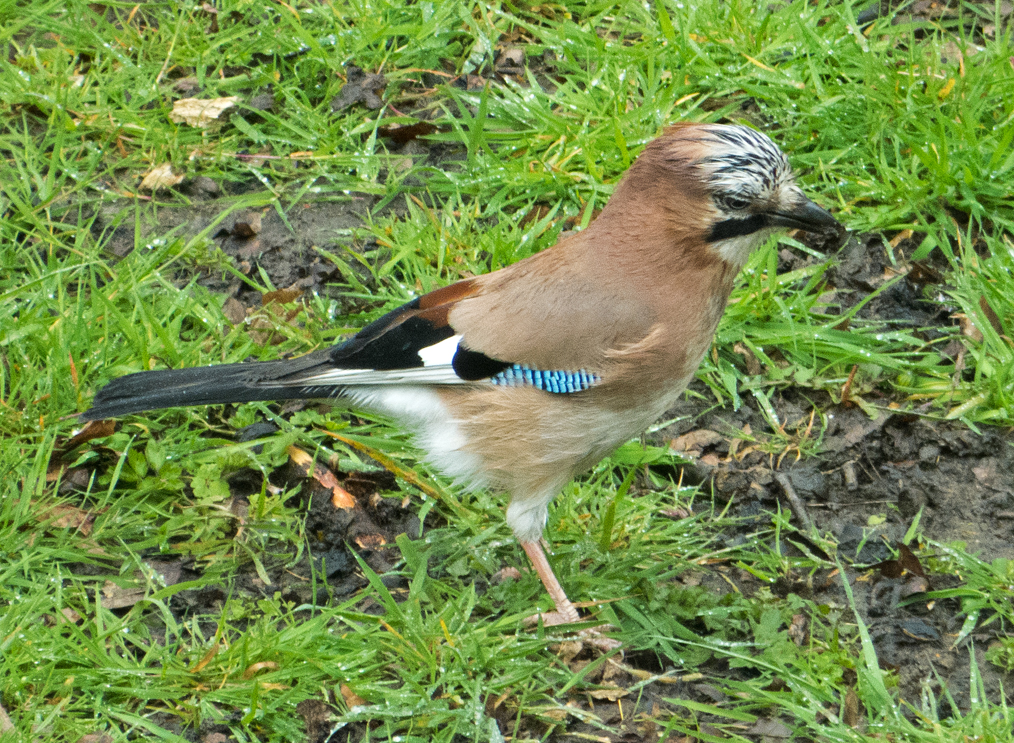 Eventually it started digging furiously with its bill, tugging at something, and I assumed that it had found a juicy worm or beetle: 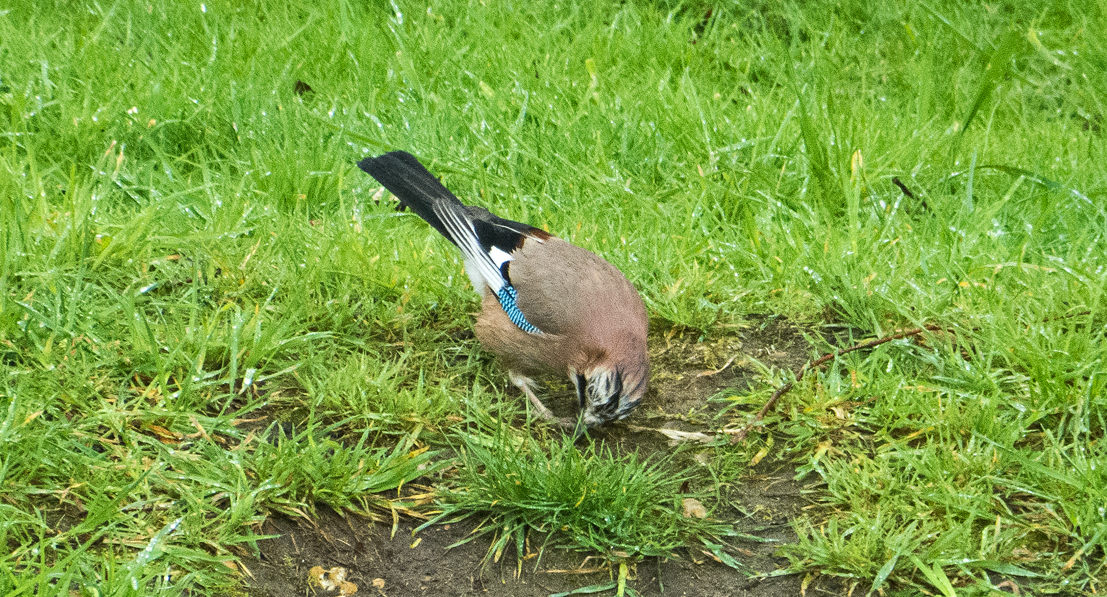 Then with an almost audible ‘pop’, the jay pulled out an acorn from the soil: 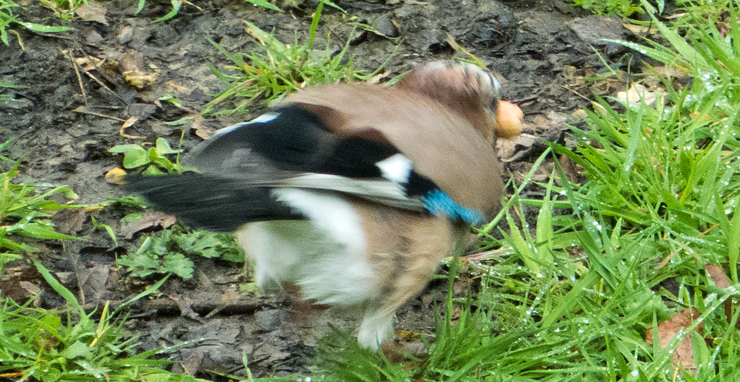 It flew up into the oak tree and spent a few blissful minutes gorging on its un-buried treasure. 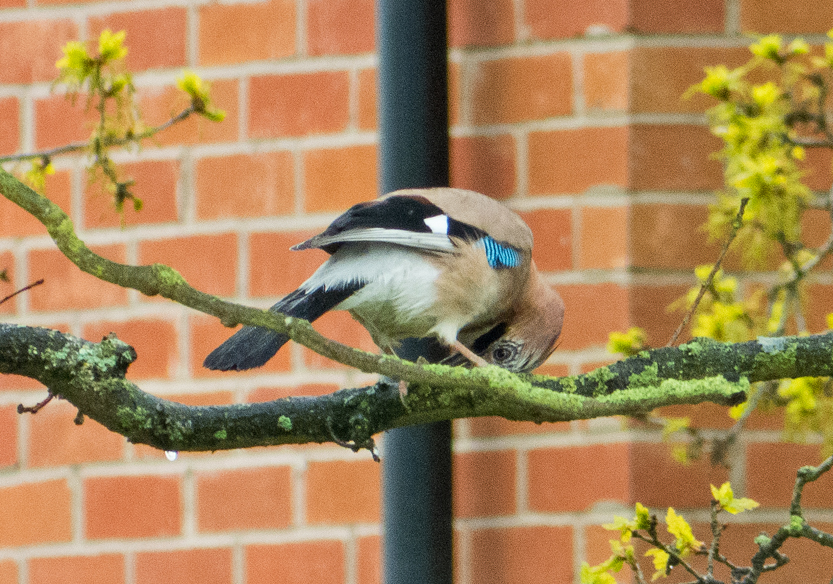