A confused cirrus sky formed of swirling hexagonal cells had me grabbing the camera and wellies. As I was about to dash out of the front door, Little Helper asked: “Can I come too?” Several more minutes spent finding relevant wellies, jackets and other essential items meant that it was some 10 minutes before we set off to the fields. Astonishingly, although it looked as if the clouds were just hanging there, going nowhere any time soon, in the further 5 minutes it took us to get to the fields, three-quarters of the sky was clear and the remaining cloud cover was rapidly vanishing to the east. It’s only when you try to capture clouds that you realise just how fast they are moving and changing. The only record we have of the cirrus clouds is thus Little Helper’s photo from her iPad taken in the garden before we’d even got going, and even then, the patterns had already changed:

Consequently the trip to the fields turned into a journey to find interesting alternative scenes with photo potential despite the rapidly-fading light. The honeysuckle (Lonicera periclymenum) is now in flower, which offered something of a challenge:

The red campion (Silene dioica) was positively glowing in the dusk light, nestled amidst the wickedly-spined foliage of spear thistle (Cirsium vulgare):

Out in the fields, the wheat is now at least knee height:

Meanwhile around the margins of the field, in the headlands, a mixture of rye grass and oats gave a fringe of mixed colour that was growing almost twice the height of the wheat (but then the wheat is devoting large quantities of resources to producing fat seed heads). The vivid red colour of the oats contrasted strikingly with the muted green of the rye grass:

Walking back home through the churchyard, a couple of stone planters with geraniums caught my eye:

Arriving home, the full moon was already bathing the landscape with its rather yellowish glow, and the local blackbird was singing its heart out from the neighbouring roof-top, declaring its territory into the gathering darkness: 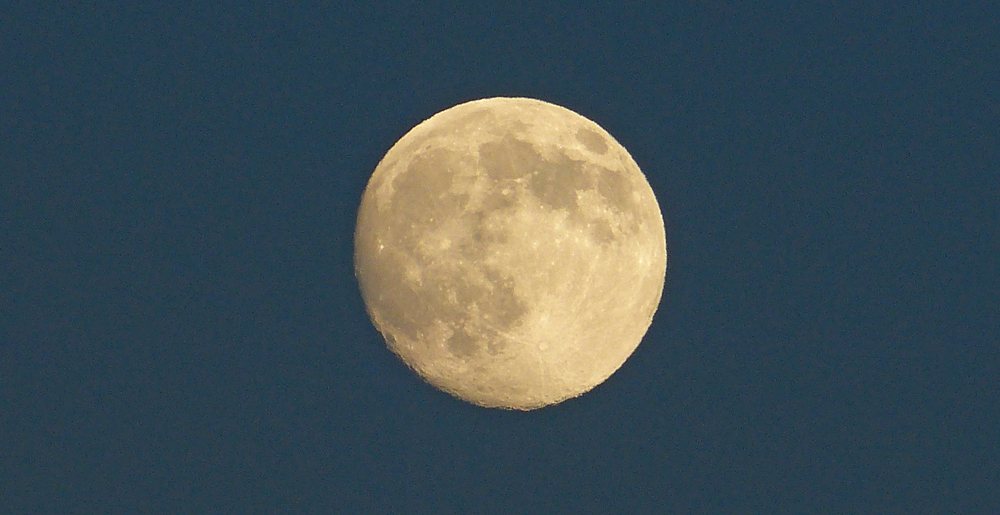