The sunset was looking promising so I grabbed camera, tripod and folding stool and headed off into the fields. The sunset did not disappoint:

I arrived just in time because everything happened rather quickly. The glorious glow developed for perhaps 2 or 3 minutes:

Then it quickly began to fade into shades of steel grey and blue:

Then I realised that there was another little show going on behind me – rather like a cloud-based aurora: 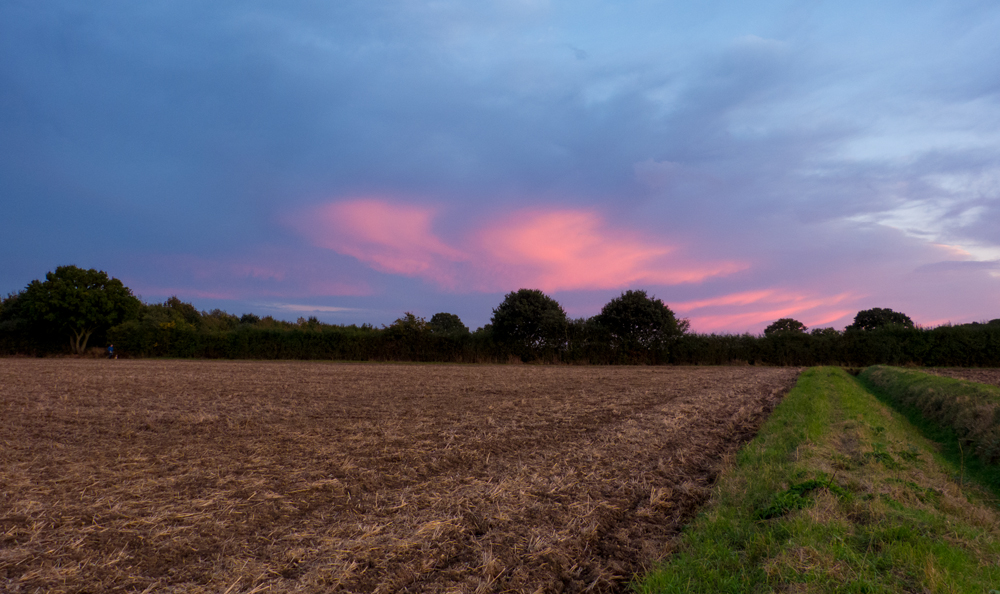 By the time I turned back from this little display the last of the golden glow was fading, and it very quickly turned to inky darkness: 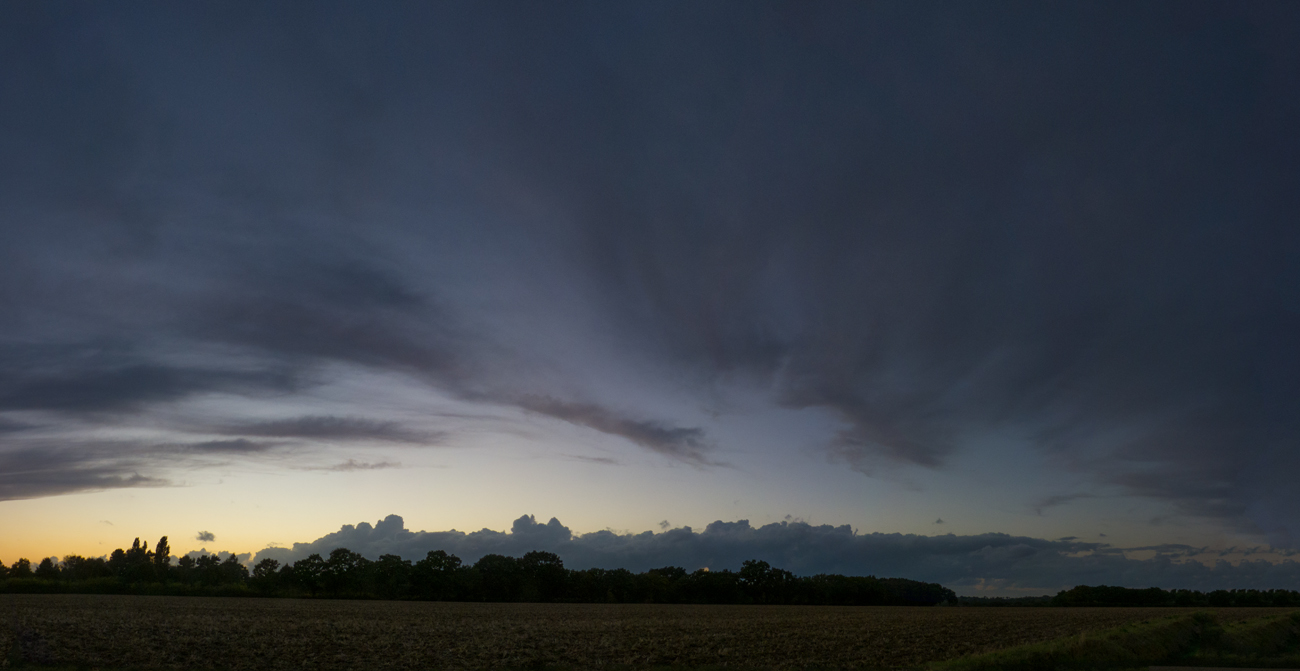 As I started packing up the camera in its bag, I realised that to the east the sky was developing into something equally spectacular, possibly somewhat illuminated by approaching moonrise:

Walking home back along the track which runs in the lee of a large hedge, I was suddenly dive-bombed by five or six bats. The light was terrible and they were scurrying round the sky like frantic winged mice, but I had a go at capturing something. Firstly, two examples of dots-that-are-bats:

Then, amazingly and thanks also to the wonders of RAW imagery and Photoshop, a pair that swooped low over me, apparently sharing some news or something more substantial: 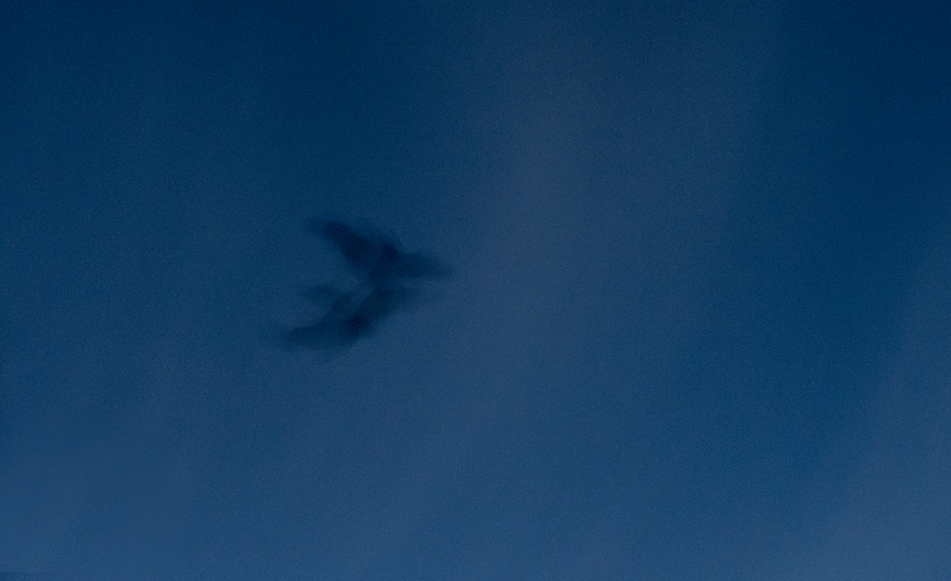 Sunsets and dive-bombing bats. It must be Halloween soon!